As I stood outside will call waiting to see REZZ, I heard the sound of disappointed fans. They were stuck outside the venue as it was quickly revealed to them that they bought fake tickets and were now denied entry to see their favorite artist. Worry not, as it was REZZ to the rescue this past Thursday (Dec. 14th) at the Observatory. Despite their unlucky purchases, it seems that REZZ had her fans covered! Some who tweeted at the artist about the bogus tickets were then put on a guest list that would allow them access to the show.

Those who were in attendance were in for a treat! REZZ started her San Diego show off with a crowd favorite, “Relax.” Just like that, the crowd was electrified. In promotion of her new album, “Mass Manipulation,” REZZ’s set consisted predominantly of her own songs and remixes and there were no complaints among fans. Standing in the crowd one could hear the “WOOOOS” and screams of fans, as well the occasional “LOVE YOU MOM!” Yes, it seems the Cult of REZZ was in full force. REZZ’s fan base is definitely a dedicated group, often referring to the female DJ/producer as their Space Mom.

As the show slowly came to an end after a long night of what many deemed, “an amazing show!”, the crowd began to shout “Encore,” but it seems all good things must come to an end. Fans emptied The Observatory still buzzing from the show, some even saying they wanted to go to LA the following day to see her again.

If you don’t know REZZ, I would highly recommend giving her a listen, and if you do, try and catch her on tour while you can! Be sure to check here for tickets. 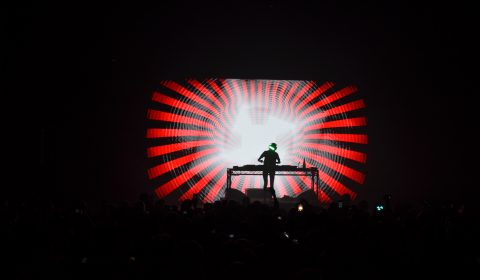 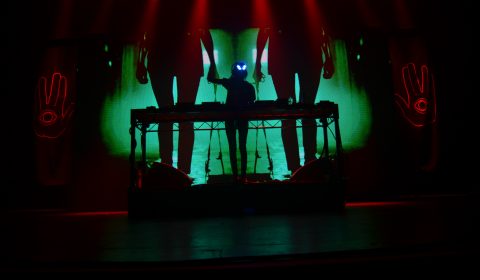 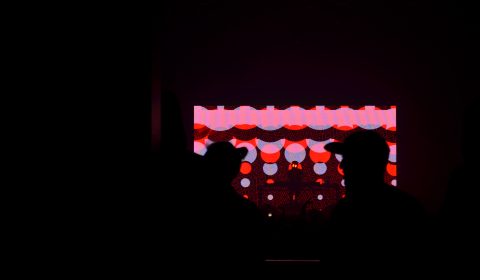 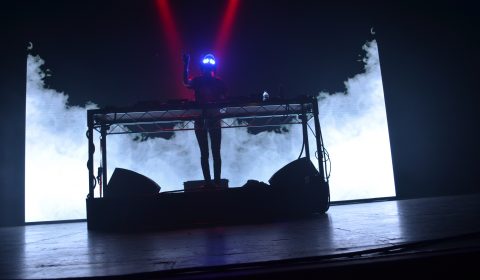 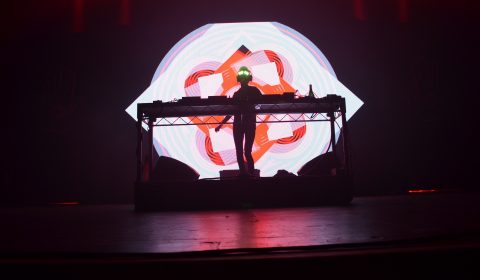 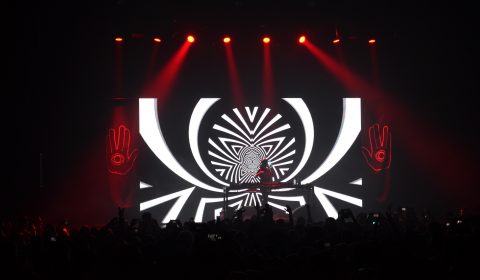 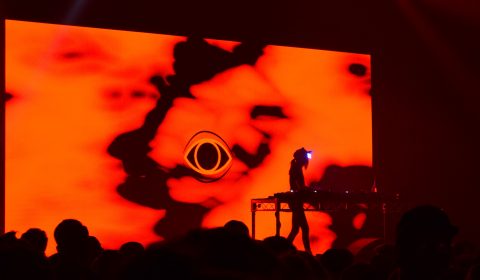 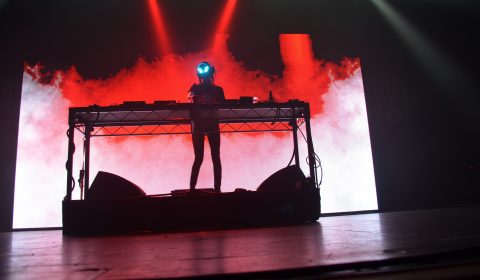 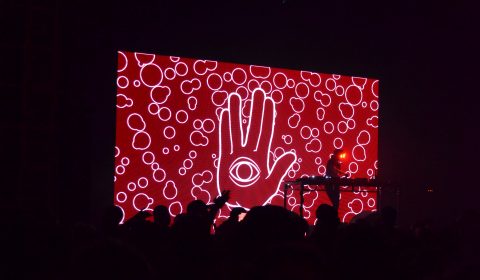 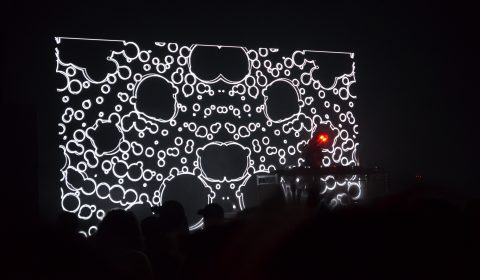 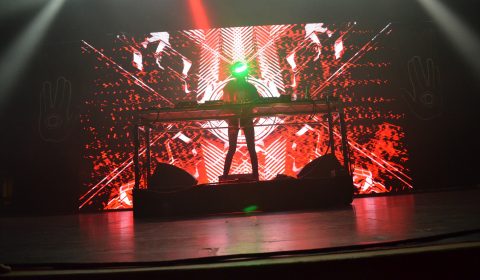 At the ripe age of 22, Isabelle Rezazadeh, better known as REZZ, is making waves within the electronic music community. After being recognized by Skrillex a few years back, REZZ has now made a name for herself. With her debut album release “Mass Manipulation,” under Deadmau5’s label mau5trap, many are beginning to take notice of the female producer. Despite her recent gain to fame, REZZ has had a solid fan-base, also known as the Cult of REZZ, whom have supported her throughout her rise to fame.

The Canadian born DJ began taking interest in electronic around the age of 13 and attended nearby music festivals, but it wasn’t until seeing a Deadmau5 livestream, that she was truly inspired to make the switch to producer. With influences such as Bassnectar, Zeds Dead, Deadmau5 and Oliver, REZZ has spearheaded what many are referring to as sinister or dark techno. Dubbed as the “Female Gesaffelstein”, REZZ is bringing something fresh to electronic music and many have taken notice.

In a recent article from Billboard, it was revealed that fellow artists such as Madeon have praised REZZ for her contributions to music referring to her as, “..the most exciting project in the world..” partly due to her, “..clear identity and sincere presence”. As REZZ continues to produce and release more music, it’s exciting to see what she’s going to do next! Until then, she is currently on tour, and I don’t know about you, but I’m not going to miss it!

To those fortunate enough to live in the SoCal area this week, REZZ will be doing a show Dec. 13th at The Observatory, Santa Ana, Dec. 14th at The Observatory North Park, San Diego, and Dec. 15th at The Novo, Los Angeles. If you’re looking for a truly memorable experience, make sure to buy your tickets here.

My affinity for coffee has always driven me to seek out the cutest and coziest coffee shops to relax, read and maybe do some homework in. Now that I live in San Diego, I’ve adventured off to a few of the cities great shops. Luckily for me, a quaint coffee shop opened around the corner from my house a months ago, called Scrimshaw Coffee.

I stopped in a few days after its opening to get a little pick me up. I  kept it simple and got an espresso. The guys who opened the place were the people working, and both were super chill and welcoming. When I ordered my espresso they oh-so-casually referred to it as “spro,” like they were speaking some hip coffee language I didn’t know. When I finally did get a sip of my espresso I was blown away. Okay, I know this all sounds a bit much for coffee, but damn, it was great! Smooth and rich with an almost sweet finish. I want one now just thinking about it. Ever since then, I have gone back a few times and to get the same thing. Don’t get me wrong, I would go every day if I could. But, I am also a broke college student that can’t afford $2.50 every day for this stuff. Originally, the place was easy to miss, as it was hidden away on El Cajon Blvd between a furniture store and another shop. Now though, they’re very visible with their very own “COFFEE” sign. With it’s giant Scrimshaw whale painted on the wall and a sign stating “Waste Time Together,” Scrimshaw is making moves an eclectic coffee shops right here in the SDSU area. The menu is simple: it sticks to espresso, coffee and tea. The space has a limited amount of seats. If you ever get a chance to go, do it! Since it’s so close, I say it’s a MUST!

When I heard that Fall Out Boy was coming to SDSU, my inner 13 year old freaked out a bit. For years I said that I would see them, and never did. So, on the day of the show, I threw caution to the wind and spent that 30 dollars on a ticket. I DID NOT regret it.

I was surprised to see Fall Out Boy open up with “Phoenix,” but it totally fit the comeback feel. After the opening, there was a series of old and new songs such as “Irresistible,” “Hum Hallelujah,” “Sugar We’re Going Down” and “Save Rock and Roll.”

The first half of the show was great, but it seemed a little slow. It wasn’t until we started to see the stage change into 2 platforms that the show really picked up. Elevated over the crowd, drummer Andy Hurley performed a compilation drum solo – and then it happened! With all members of Fall Out Boy now on platform stages, they performed “Dance, Dance” and everyone went nuts! Following the classic single, Fall Out Boy debuted some new songs that will be off their album this January. As someone who predominantly enjoys old Fall Out Boy jams, I liked the new song, “Wilson (Expensive Mistakes),” but was not a big fan of “Hold Me Tight, Or Don’t.” Personally, I thought that “Hold Me Tight Or Don’t” sounded nothing like the Fall Out Boy I came to love. The song sounded especially pop and didn’t seem to fit in with the set after some of their older songs.

As if they read my mind, the following four songs performed by the band were all good ol’ Fall Out Boy songs. One of these was “Grand Theft Autumn/Where Is Your Boy,” a song that came out in 2003 while Fall Out Boy was still signed under Fueled By Ramen. I truly felt like a teenager all over again!

The band came back out for a three song encore, ending with “Saturday.” It was a surprising closing song, considering that the song before it was “My Songs Know What You Did In The Dark (Light Em Up)” and the crowd practically chanted every lyric. But, to those who love old Fall Out Boy songs, “Saturday” was pretty epic! Overall, the band did a great job of infusing new and old songs, sure to please both new and old FOB fans. When they come back to town, I 100 percent recommend seeing them if you’re looking for a truly nostalgic experience.