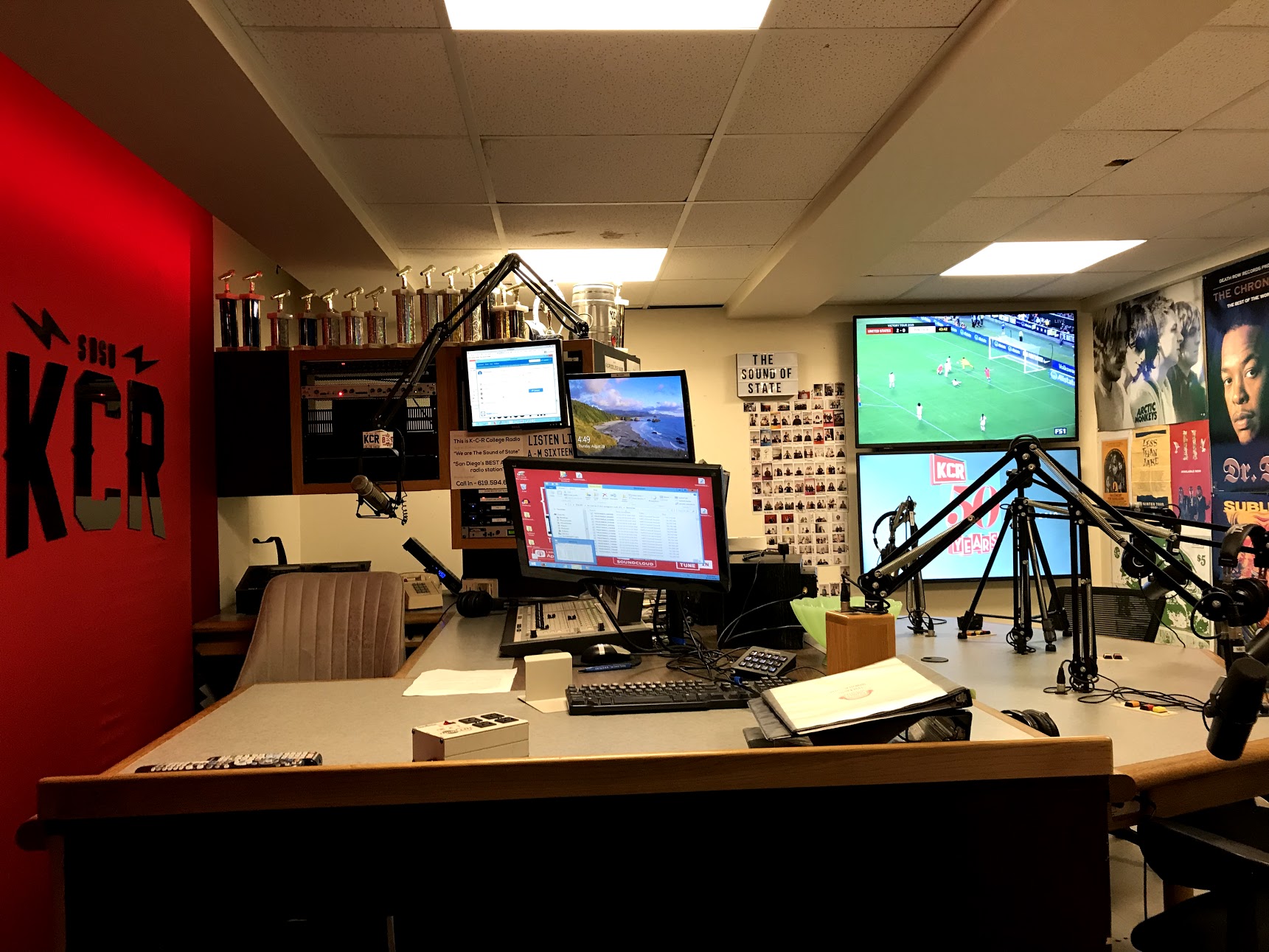 We are a student-run station that broadcasts live online for the SDSU and greater San Diego community. Students can express themselves freely, and audiences get to experience the independence and creativity of a college radio station.

All shows are hosted by current SDSU students, as well as some awesome alumni. We cover music, news, and sports. If a student isn’t broadcasting live, listen in to discover new music on our eclectic mix, filled with curated songs from up and coming bands. KCR is your source for great entertainment streaming live at all times!

KCR has been in continuous operation since 1969. Original broadcasts took place over cable systems, and now we broadcast live on local digital cable channels, online, and on the TuneIn radio app.

KCR Mission Statement
(1) to give SDSU’s aspiring DJs, newscasters, sports broadcasters, radio personalities and other radio station personnel an opportunity to learn and hone their skills; and
(2) to serve the university and the San Diego community through diverse, compelling content, including music, news, sports, entertainment and coverage of SDSU events. KCR College Radio has long been considered one of the nation’s original college radio stations. Its freeform music format has provided a launching pad for then undiscovered musical talents like the Police, the Clash, REM, Soundgarden and Nine Inch Nails. Despite changes in the way music is distributed and consumed, college radio is still considered a critically important platform for new, emerging and alternative musical artists.

Scores of media and entertainment professionals got their start in KCR’s studios, including: