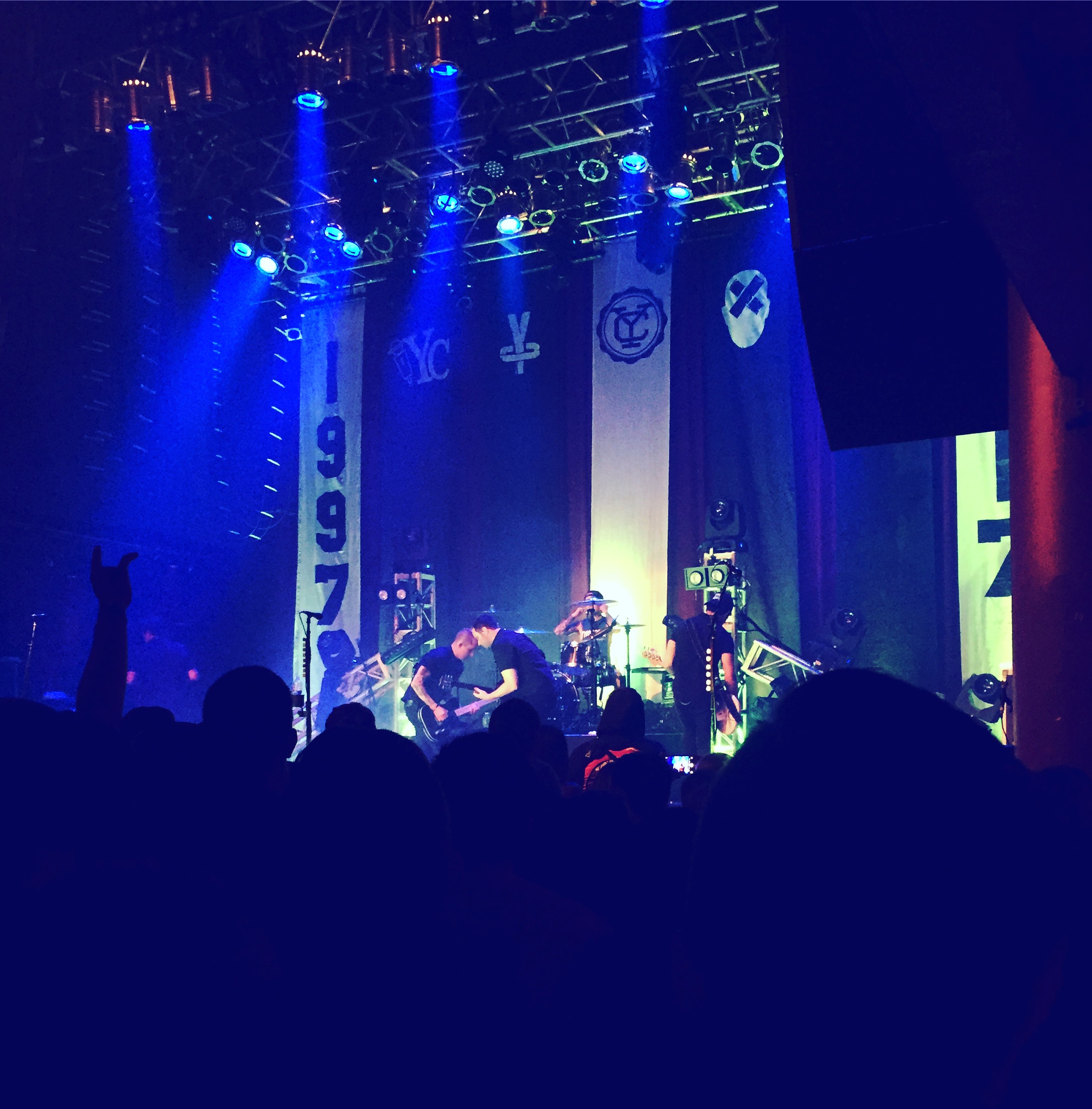 2016 is winding down and it’s been quite the year to say the least. Unfortunately, I was MIA from the concert scene for the first half of the year due to insufficient funds. However, the second half of the year was enough to fulfill all of my concert needs.

This concert was an early birthday present from my brother and it was incredible. The open air theater is not my favorite venue because if you have cheap seats, it’s difficult to see the stage. However, the dancing middle aged adults and great Irish music made the literal height of the seats manageable. I always welcome an excuse to celebrate my Irish heritage, other than wearing green and eating copious amounts of potatoes.

Even if you don’t know me, a quick click on any one of my social media accounts will tell you that I am OBSESSED with the band Yellowcard. So, I was obviously biased going into this concert. I loved it, aside from their new music which is sub-par at best. This show was advertised as their last show in San Diego ever, but they have since added another San Diego show in March. Although I am a die-hard fan, I was really off put by what seems like a ploy for more money.

I’d never been to SOMA before this show, but there’s nothing really exciting to say about the venue. It’s got a warehouse kind of vibe, which would definitely be cool at a punk kind of show, but this was a white rapper kind of show. The phrase “white rapper” gets a negative connotation typically and rightfully so (cough, cough G-Eazy). George Watsky changed my opinion on this as his rap really leans into the poetry aspect of rhythm and poetry (aka rap) and he is accompanied by an actual band. I was pleasantly surprised by how much I enjoyed this show, I highly recommend checking out Watsky.

Iration seems to be the perfect musical sound for the San Diego area, cool and calm. Did I already say cool? That needs to be stated multiple times. This concert happened immediately following the horse races at the Del Mar Racetracks, which is important to note because that brings a cast of interesting characters to the show. This includes high class San Diego race goers wearing fancy hats and smoking jackets as well as the hordes of college students pretending to be them. Then there were people like me, dressed in dark colors, solely there for the music. Anyways, this was my favorite concert of the year because I really felt the music. It was one of those unexplainable music moments; I will always be able to look back on that day and remember exactly how I felt listening to my favorite song, “Falling”. My holiday wish to all of you is that you get to experience one of these unforgettable moments, whether it be at a concert or at home with your family this holiday season.