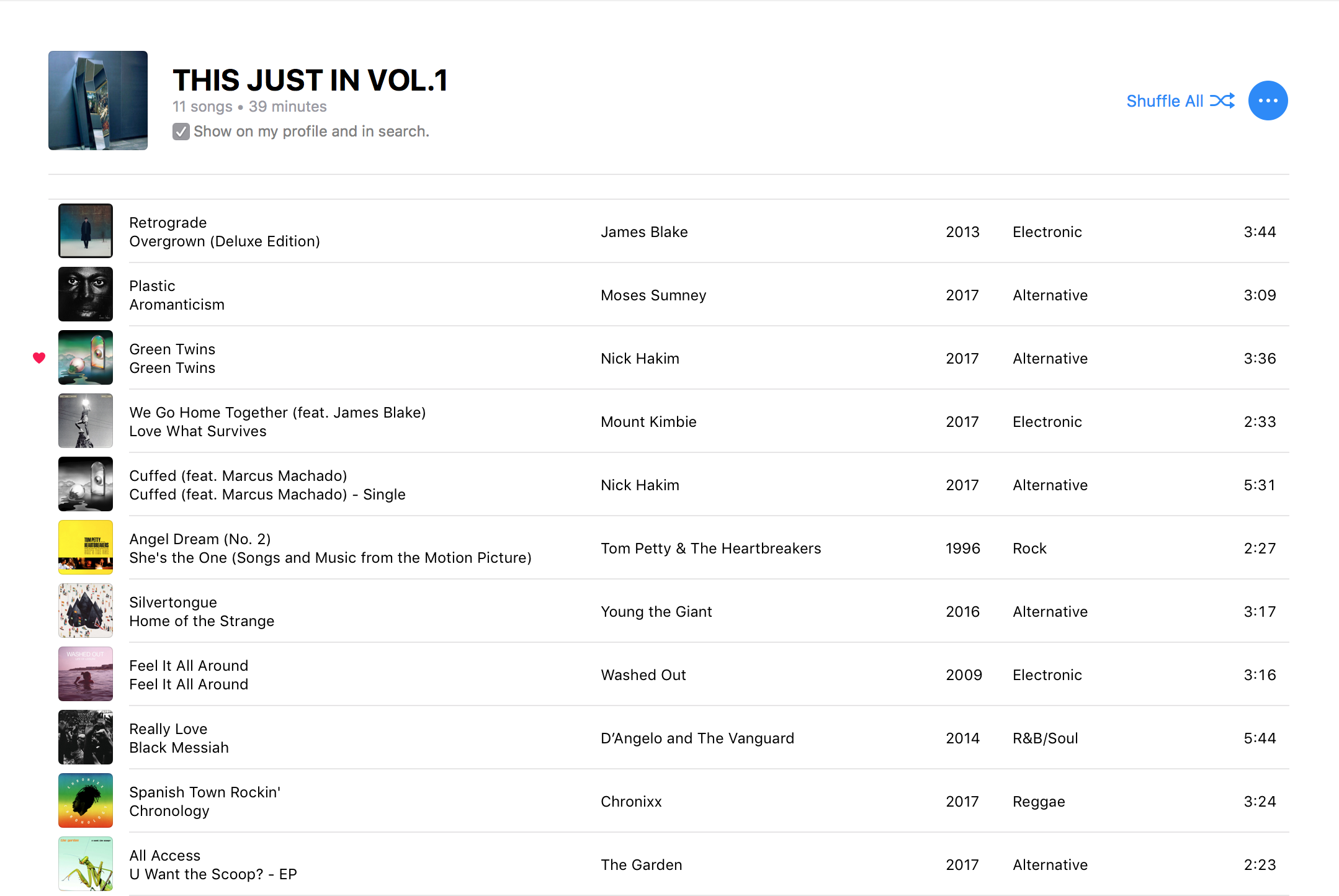 For the week of Sept. 27 to Oct. 4, my playlist has been a mix of alternative R&B, electronic music, alternative rock and reggae, and pays tribute to the late legend, Tom Petty. Predominantly, I’ve been listening to Nick Hakim, Moses Sumney and James Blake, who all have voices and musical elements that make them similar in my opinion. All three have soft and silky vocals, and mellow instrumentals to compliment their voices.

Hakim’s album “Green Twins” is full of beautiful lyricism and amazing piano features. “Aromanticism” is a “concept album about lovelessness as a sonic dreamscape,” Sumney stated in a blog post earlier this year. Its poetic lyrics and strong emotion make it a great album to listen to late at night. Although James Blake has not released new music recently, I’ve been constantly repeating his 2013 album “Overgrown” which features several genres of music. From dubstep and gospel choirs, to piano and multiple types of electronic styles, this album has it all.

Also in my playlist is Tom Petty & The Heartbreakers to pay tribute to the rock & roll legend, Tom Petty (who passed away due to a heart attack this week), Young the Giant (an alternative rock band from California), Washed Out (a chillwave/synth-pop artist under a stage name), D’Angelo (the R&B legend), Chronixx (a reggae group from Jamaica I discovered this week at a concert) and one of my newer favorite groups, The Garden.

Although these artists are quite different from each other, I’ve been listening to them the most this past week. I compiled a playlist that includes some of my favorite tracks from each one. You can follow and search for this collection by typing in my username “ACJUAT” on Apple Music. I’m also working on converting this playlist to Spotify which you can also follow by searching “urbanpoutfitters”.