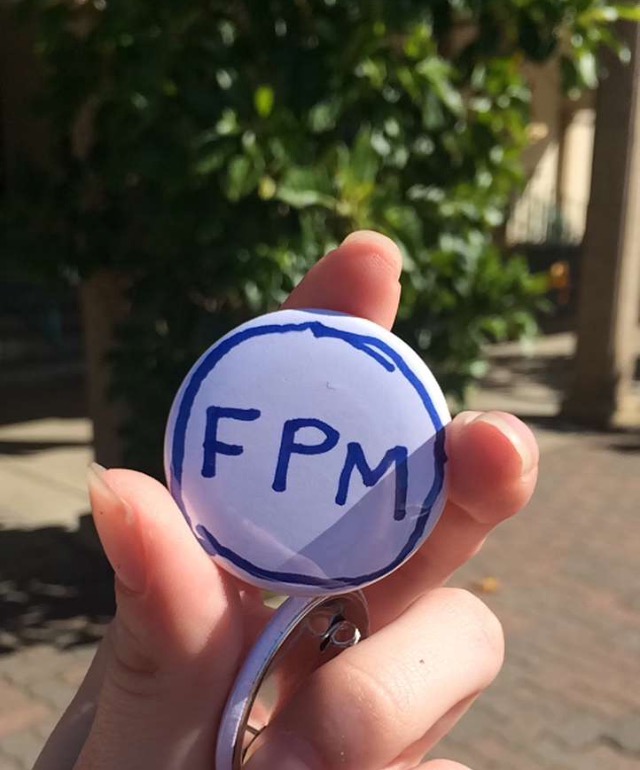 We have all dreamed of starting a band with a group of our best friends, of somehow making it big in the music industry, of being discovered by another artist and then traveling around the country in a cramped bus. But, what happens to those dreams when neither you nor anyone you’re close to knows how to play a useful instrument? I mean sure, we all know how to play the recorder, one of us knows the harmonica and a few of us can blow into a saxophone if we try really hard – but all together that doesn’t constitute a solid musical group.

So, here is the story of an unsuccessful band.

The biggest flaw of this band was that it started out as a joke, an excuse to get out of family parties. It is so easy to say “hey, sorry, I can’t come, we have band practice tonight.” The biggest evidence of this joke was the name: we called ourselves fannypack melvin, all lowercase, or fpm for short. Some of us took it more seriously than others. I, for example carried around a notebook to write song ideas in whenever inspiration struck.

All together, we were just a group of teenage girls, aged 17-19, huddled around an electric keyboard, pressing random buttons, trying to find our sound. If I could, I would describe that sound as key-smashing-’80s-pop-electric-grunge-screamo – if you can imagine the beautiful mess that would make. Our only single we ever went through with was titled “grandma, grandma, you’re so pretty.” But, we never recorded it, or even really got past the brainstorming process.

Maybe our biggest problem was not taking it seriously, or not having any talent, or quite possibly the fact that we never really followed through with anything that had to do with our unsuccessful summer dream. The band was a failure, but the friendship lived through it, and we still call our little gatherings band practice every now and again.

If any of you readers out there are looking for a musically talentless person with great enthusiasm to join your band, go ahead and count me in, just know that my heart will forever be in fannypack melvin.