So, this mostly just started as a rant. I was thinking about how much I hate getting up early in the morning while the ghosts that lives in my apartment pushed on my door. Then it all spiraled to the fact that time is a social construct. But, all of that got me really thinking. What is real? And, can we rank the realness of everything?

What I have written below is a tiny scale of what is real. Of course, this is all based on my own opinions, or whatever. It begins with ghosts and ends with time.

Here’s the thing: ghosts are real. Maybe I have not “seen” one. Maybe, there is no “scientific proof” of their existence. That does not matter because I know they are there. Ask any, ask my grandma. They all have some kind of story or encounter.

The thing about the moonlanding is that I would love to believe in it. For the most part I do. The Mythbusters busted the myth that the whole thing was a hoax! Jamie and Adam would not lie to us. However, there is that little part of my brain that watched all of those conspiracy videos nagging at me. It yells “But what about the flag blowing in the nonexistent wind?!”

Time is not real. It is a social construct. Humans gave the different positions of the sun assigned numbers. I should not have to wake up at 7:30 every Friday morning! The sun does not dictate my life. Unless we talk about astrology, which is science. Therefore, real. Time, on the other hand, absolutely fake.

As I said above, this is all based on my own opinions. I mean, some people do not believe in the moon. Maybe for them, the order would be “time, ghosts, moon.” Who knows? Everything is relative. Nothing is real and morning classes are bad! 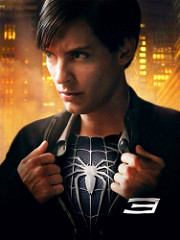 It’s not his fault, really. Tobey Maguire did not personally ruin my life. I may be a tad bit overdramatic. But, I have talked about it with other people. Most of them agree with me.

I try to not bring it up, as it still haunts me, a little more than a decade later. That one scene. From the third Spider-Man movie. You know it. The one when Tobey Maguire swoops his hair in front of his face and does that “dance”.

Before I get into how this scene ruined my life, I would like to take a moment to thank Maguire. Not to say that he started the whole super hero movie genre, but those Spider-Man movies kind of kick-started them. I am no movie history buff, so I do not know exact details. It does, however, seem like Maguire’s Spider-Man was the beginning of all these more recent blockbusters, though. He also gave us that iconic upside down kiss in the first movie, so thanks for all that.

Now, back to what we are here for. If you have not seen this movie (from 2007!), this is your spoiler alert. Venom, basically, the bad version of Spider-Man, takes over Peter Parker’s body for a bit in the middle. This is when things get, let’s say, weird. Peter starts to strut around town. He wears all black, he has his hair covering half his face, he has this strange confidence. Then, he dances.

This is the scene that ruined my life.

I saw this movie in a theater! Little 11-year-old me was scarred for life! The amount of second-hand embarrassment this one scene gave me was enough to keep me away from any other Tobey Maguire movies. Well, until The Great Gatsby came out a couple years later at least. Even then, I had vivid flashbacks throughout.

To this day, when the movie comes on TV, I have to change the channel for that one part. Spider-Man has always been one of my favorite Marvel characters and Tobey Maguire played the part really well. He just, you know, ruined my life a little bit. 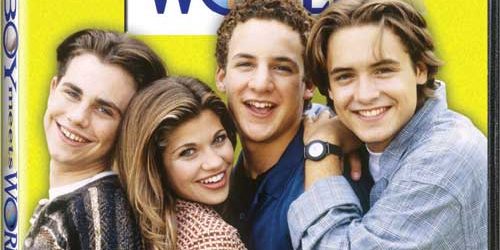 It may not be the ’90s anymore, but we sure can pretend like it is. Or at least, we can watch “Boy Meets World” and ignore everything else going on in the present. I mean, that is what I find myself doing for at least at least four days out of the week.

Everyone knows about this show. It follows a boy growing up surrounded by loving family and friends. Learning important life lessons along the way. Ya know, a boy, living life during the 1990s, meeting the world, so to speak. The theme song from seasons five to seven really explains it the best.

Now, this show is a little bit before my time. I was only three when the show ended in the year 2000. So naturally, I never really had any interest in the show. It was full of boring teen drama, and what does a young toddler want with that. Not to mention that my parents were kind of in control of the television, and I mostly spent my time watching “Barney & Friends.” Even as I got older and there were reruns playing, I stayed away from it. At least, until last year.

Long story short, I started watching “Boy Meets World” around October and it has easily become one of my favorite shows. It is so ridiculously sweet and happy. The show has everything I love. It is a sitcom about friends and family supporting and loving each through everything! What more could I want?

Overall, it is a feel-good show. Whenever I feel a little stressed out, I just watch a couple episodes. Life seems so much easier when problems can be solved in 24 minutes or less. And by the time that half hour has passed, I feel lighter, and a little bit like meeting the world.

The year is 2018 and Jordan Witzigreuter, more widely known as The Ready Set, is still not getting the musical recognition that he deserves.

Everyone knows him for his hit single, “Love Like Woe,” which came out way back in 2010. Back then, when trying to convince my friends to give his music a listen, I called him the “Emo Justin Bieber.” This may or may not be important, nor correct about him, or his music. But I was like 13 when I made this suggestion. And I just wanted to share this fun new indie pop music with other 13-year-old girls.

Everything this one-man-band puts out is an honest bop. Starting from his first album, “Temper Tantrum,” to his most recent release. He definitely puts something out for everyone. A lot of his music is considered electro-pop, indie pop, synth-pop and just straight up pop. All of this means that it is perfect for dancing around your room and feeling happy. At least, for me it does.

Not only does he have a lot of good dance music, but, interestingly enough, Jordan has been a part of some other pretty fun releases. For example, in 2010, Jordan released a Christmas Ep. Later, in 2015, came something called the “Celebrity EP.” The latter of these I strongly recommend checking out. It features just four songs dedicated to different celebrities. Some of these including Taylor Swift and Nicholas Cage. You can also find him on a couple “Punk Goes Pop” volumes.

It has been eight long years, and I am still pushing people to listen to what he puts out. Recently, Jordan released a single called “Life in Pink.” The song came out on Feb. 15. I have already listened to it an embarrassing number of times (meaning, on repeat for a couple days now).

This new song weirdly makes me feel nostalgic for a time that I cannot remember. It is like falling in love. If this song were in a movie, it would be that part of a rom-com when the characters start to fall for each other in the middle of an artsy montage scene.

Fortunately, for listeners, old and new, a new EP is coming soon. According to Witzigreuter, a new EP will be released on March 16. If you have not heard anything by him since 2010, I strongly recommend starting now with this new single! Here’s his Spotify, please enjoy!