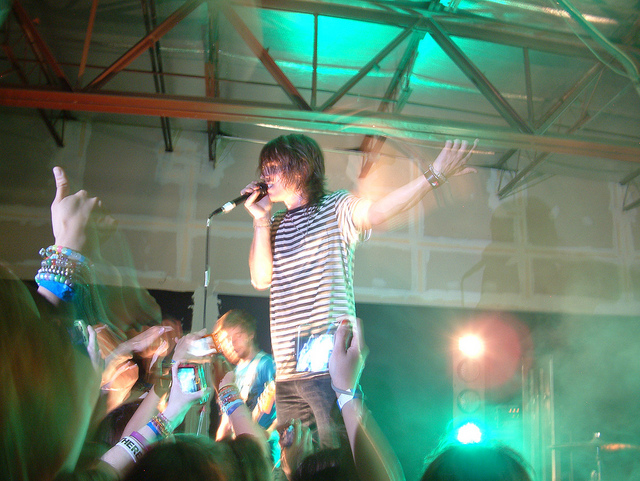 The year is 2018 and Jordan Witzigreuter, more widely known as The Ready Set, is still not getting the musical recognition that he deserves.

Everyone knows him for his hit single, “Love Like Woe,” which came out way back in 2010. Back then, when trying to convince my friends to give his music a listen, I called him the “Emo Justin Bieber.” This may or may not be important, nor correct about him, or his music. But I was like 13 when I made this suggestion. And I just wanted to share this fun new indie pop music with other 13-year-old girls.

Everything this one-man-band puts out is an honest bop. Starting from his first album, “Temper Tantrum,” to his most recent release. He definitely puts something out for everyone. A lot of his music is considered electro-pop, indie pop, synth-pop and just straight up pop. All of this means that it is perfect for dancing around your room and feeling happy. At least, for me it does.

Not only does he have a lot of good dance music, but, interestingly enough, Jordan has been a part of some other pretty fun releases. For example, in 2010, Jordan released a Christmas Ep. Later, in 2015, came something called the “Celebrity EP.” The latter of these I strongly recommend checking out. It features just four songs dedicated to different celebrities. Some of these including Taylor Swift and Nicholas Cage. You can also find him on a couple “Punk Goes Pop” volumes.

It has been eight long years, and I am still pushing people to listen to what he puts out. Recently, Jordan released a single called “Life in Pink.” The song came out on Feb. 15. I have already listened to it an embarrassing number of times (meaning, on repeat for a couple days now).

This new song weirdly makes me feel nostalgic for a time that I cannot remember. It is like falling in love. If this song were in a movie, it would be that part of a rom-com when the characters start to fall for each other in the middle of an artsy montage scene.

Fortunately, for listeners, old and new, a new EP is coming soon. According to Witzigreuter, a new EP will be released on March 16. If you have not heard anything by him since 2010, I strongly recommend starting now with this new single! Here’s his Spotify, please enjoy!