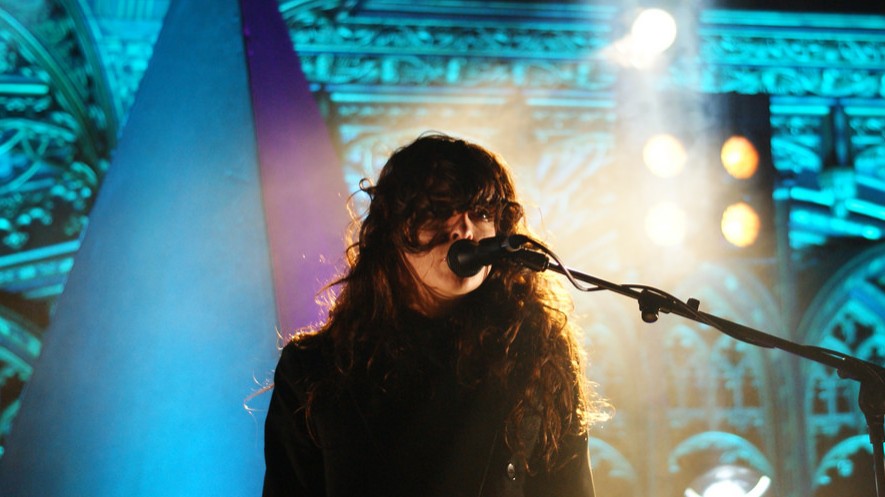 Beach House had a Valentine’s Day present for the world: a new single. “Lemon Glow” is the first single from Beach House’s upcoming seventh album, which they’ve said is “due later this spring,” on Instagram and Twitter. The Baltimore duo, made up of Victoria Legrand and Alex Scally, somewhat reinvent their sound with each new album, but “Lemon Glow” marks a big departure from the Beach House instrumental canon we’ve grown to know and love. Don’t get me wrong, this is not a bad thing. In fact, I’ve been listening to the song on repeat since it was released.

While Beach House kept their trademark drum machine and organ sounds the same, an acidic synth line makes “Lemon Glow” stand apart. The band also brings back a shoegaze-like heavily distorted guitar, which has been used in some songs like “Sparks,” “Beyond Love” and “Elegy to the Void” from their two most recent albums. The combination of the strobing synth and guitar make for a less hazy Beach House, but still provide the perfect canvas for Legrand’s dreamy vocals. She sings of a lover, with more intimate details than Beach House usually affords itself.

Legrand also ties this lover to colorful imagery with the hook, “When you turn the lights down low/Lemon color, honey glow.” These references to color continue with the line “Candy colored misery/The color of your mind” just before the song comes to an abrupt end.

This foray into psychedelia is also explored with the “Lemon Glow” music video. Released on Valentine’s as well, the video mirrors the single’s US album artwork with pulsating patterns of black and white shapes. The waving checkerboard that’s reminiscent of “2001: A Space Odyssey’s” stargate sequence melds into a swirling kaleidoscope and back again throughout the video, ultimately producing a mind melting optical illusion that you can’t take your eyes off of.

Overall, Beach House’s combination of video and music provide a perfect backdrop to zone out to, but Legrand’s personal lyrics bring the audience back down to earth. “Lemon Glow” follows a logical progression from the shoegaze inspiration of the band’s two previous albums, but makes the jump to full psychedelic dream pop without worrying if anyone gets left behind.

Beach House’s sophomore album, “Devotion,” turns 10 this month and is getting a beautiful vinyl reissue through the subscription service Vinyl Me, Please, in March. The duo is currently touring Europe and will return to North America this summer, with a show at the Hollywood Bowl in September.

Photo by Phil King / CC BY