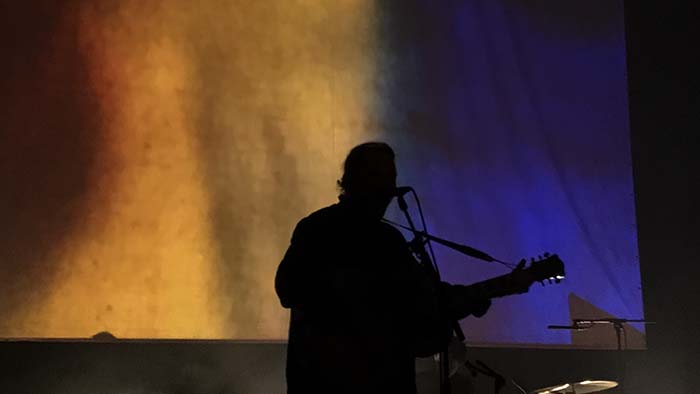 After frantically refreshing my laptop screen on Thursday, April 5 at precisely 10 a.m. and entering the pre-sale code, “MEMPHIS,” I was saddened and surprised to find out that the Fleet Foxes’ tickets I was desperately trying to acquire were already sold out. Even after tickets went on sale to the general public, they were nowhere to be found. But, after missing their performance at Outside Lands in San Francisco this August and hearing about my close friend’s awesome experience at a show in Philly, I had to bite the bullet. So, finally, my best friend and I bought our tickets second-hand and saw Fleet Foxes and their opener Natalie Prass last Thursday, Sept. 21 at the Observatory in North Park.

Though I had never listened to Natalie Prass prior to seeing her live, I found her voice to be cute and dainty. She was a suitable opener for Fleet Foxes. Now, comparing her live performance to her studio recordings, I prefer her voice live because I could hear the inflection and emotion more clearly. And, the live instruments complemented her well.

When Fleet Foxes finally took the stage, they opened with “I Am All That I Need / Arroyo Seco / Thumbprint Scar” from their new album, “Crack-Up.” And, they sounded even better live, which amazed me to an unfathomable degree. Each band member changed instruments a multitude of times (I definitely lost track). What surprised me the most was the difference between Fleet Foxes’ studio recordings and hearing them live. Though I can still appreciate the different sounds and instruments in the songs when I listen to their records, it was a completely separate experience being able to see those components come to life in concert.

As the show came to a close, the band performed “Helplessness Blues,” “Montezuma” and “Oliver James.” They played their album’s title track, “Crack-Up,” for the encore. The combination of each members’ instrumental talent and Robin Pecknold (lead singer) and Christian Wargo’s (bassist) harmonies took me on a two-and-a-half-hour long journey through sunny orchards, tall trees and “Blue Ridge Mountains.” Overall, the $95 I spent on my ticket was completely worth it, and if my broke college student budget allows it I would jump at the chance to see Fleet Foxes live again.