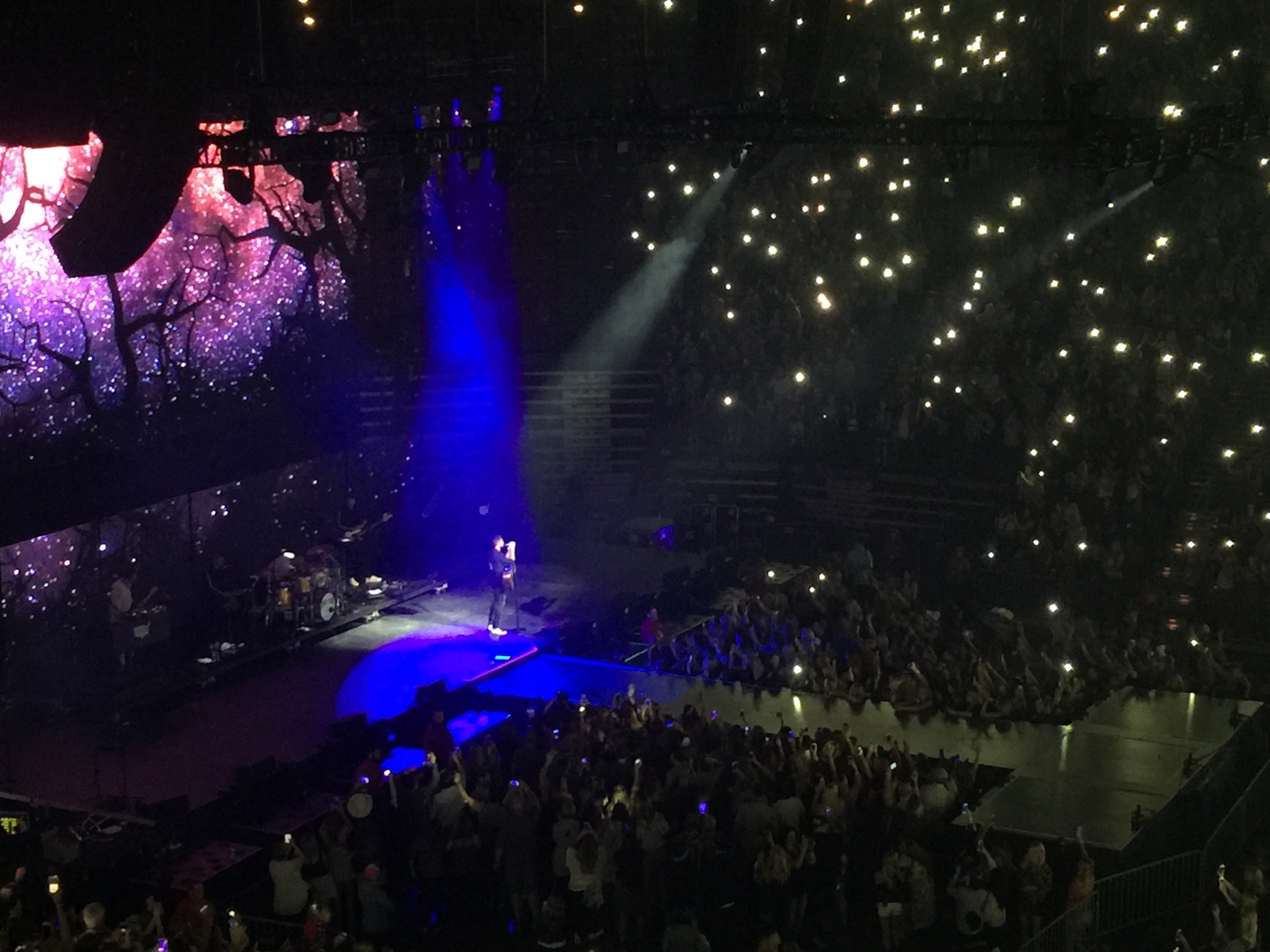 Sundays tend to be filled with last minute studying or attempts to catch up on all the sleep missed throughout the week. That was not the case on Sunday, Sept. 24., when Thomas Rhett came to Viejas Arena on his “Home Team” tour.

Fans were lined up before 6 p.m., waiting for the gates to open and an unforgettable night to begin. Cowboy boots and flannels could be seen all around. And, as soon as those gates opened, fans rushed to buy merchandise and find their seats in the arena.

Up-and-coming country artist Walker Hayes kicked off the night. He performed his latest single, “You Broke Up with Me,” and the crowd loved every second of it. He was humbled by the response from the audience and joked about playing only that song for the rest of his set. His stage presence had all the country girls swooning and his energy was captivating. Walker Hayes was a great choice to begin the lead up to Thomas Rhett’s set.

Next up was five-piece band, Old Dominion. The crowd was on their feet as soon as the lights went out. Old Dominion has visited San Diego twice before, but as they say, the third time is the charm. Their second album, “Happy Endings,” was released in late August and fans sang along enthusiastically to the songs from it. They played fan-favorites such as “No Such Thing as a Broken Heart” and “Break Up with Him.” Old Dominion ended their set with the lyrics “that’s a song for another time.” It left the audience craving more and hyped for Thomas Rhett.

Then, the countdown timer began for Thomas Rhett’s arrival. Fans were going wild and as the clock hit one second, Thomas Rhett popped out at the end of the catwalk. The energy was high and everyone was on their feet. Rhett’s newest album, “Life Changes,” was released two weeks prior to the show and fans loved being able to finally hear the songs live. Thomas Rhett made note of how incredible it was to sell out Viejas Arena; he was thankful, and said it was a distinct moment in his career.

Throughout the concert, Thomas Rhett was constantly dancing on stage. He interacted with fans of all ages and made it a great time for everyone. The video for “Die a Happy Man” melted the hearts of girls everywhere when he released it with his wife, and the live performance was no different.

It is undeniable that Thomas Rhett has a huge heart. He seems completely humbled by his success and the things life has thrown his way. His song, “Life Changes,” follows the remarkable experiences that have impacted his life. He encouraged his fans to welcome those changes with open arms because they can bring about some of the best things in life.

Needless to say, the Thomas Rhett concert was a night to remember.