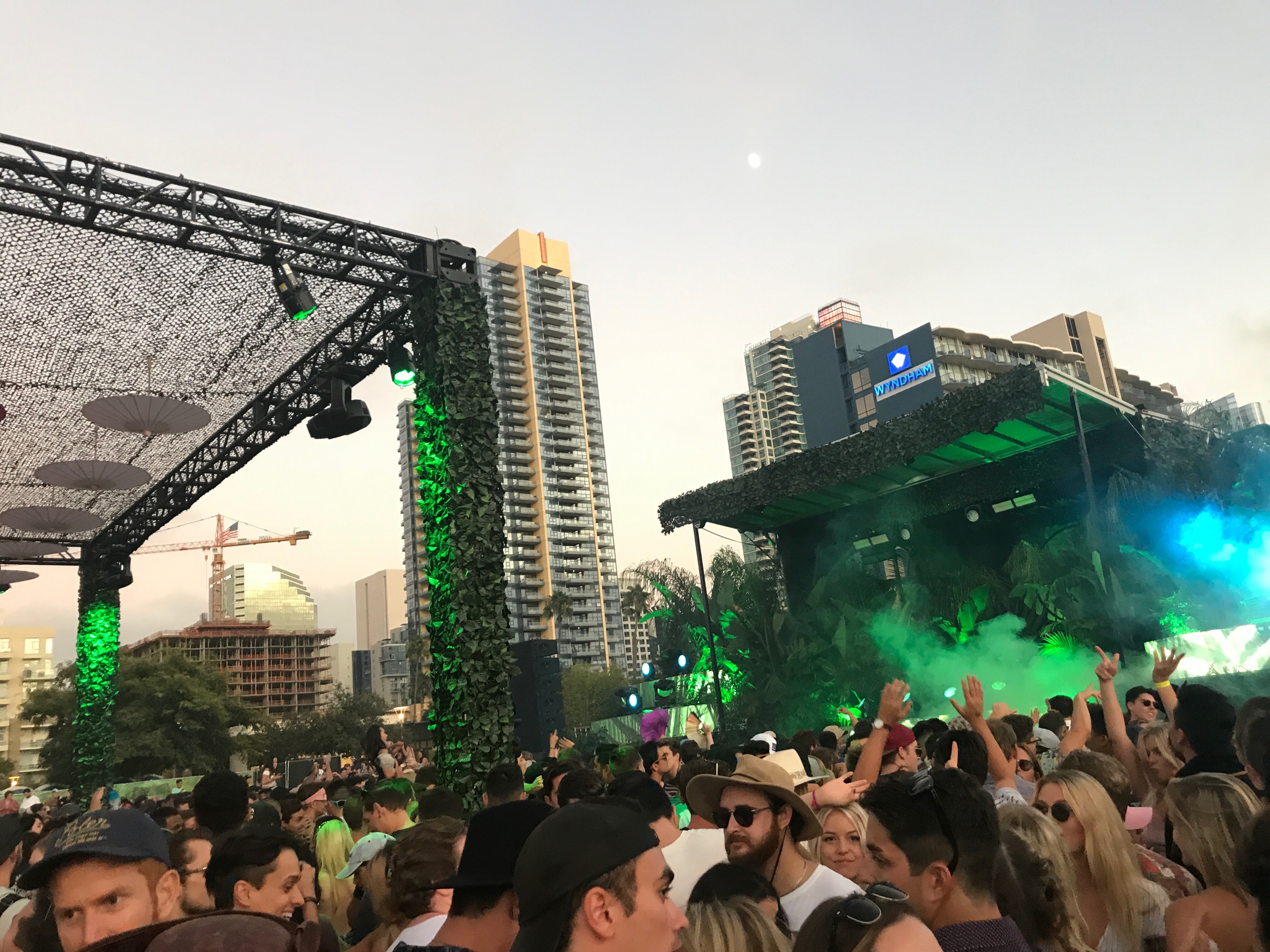 The past three times I have attended CRSSD, I have never been disappointed, and this year was no exception. With sunshine, sparkles and delicious cocktails surrounding me, I found myself in pure bliss once again at Waterfront Park for the bi-annual house festival. Despite the absence of Damian Lazarus & the Ancient Moons,  this small San Diego festival has once again satisfied my House x Techno sweet tooth.

Unfortunately, it was impossible to see everyone on the CRSSD ’17 lineup, but hopefully I am able to shed some light on what went down this past weekend.

• Chris Lake:
After hearing Chris Lake’s 2016 single, “Operator (Ring Ring),” at practically every stage during CRSSD Spring ’17, it was expected that this English artist would dominate with his own set at CRSSD, and boy did he! Chris Lake did not hesitate to bring all he had, as he hyped the crowd with recent hits such as “I Want You” and “Nothing Better.”

• Hotel Garuda:
As someone who has already seen Hotel Garuda twice, I was shocked to find that their CRSSD set strayed from the usual, and let me tell you, IT SLAYED! In previous set’s, Hotel Garuda is know to get groovy and yes, even a little dirty in their beats. But, over the weekend, they pleased festival goers with a nice balance of funk, house and the “Feels.”

• RUFUS DU SOL:
Speaking of the THE FEELS, this Australian trio is unlike any other, making you feel things you didn’t think you could in musical performance. The live version of their hit song “Innerbloom” is the epitome of them as a group. RUFUS DU SOL is one of my favorite artists of all time and I was thrilled to finally see a full RUFUS set. Their set embodied everything CRSSD! The unity, the love, the vibes!

• The Black Madonna:
ALL HAIL THE QUEEN! Meet the woman who defies what it means to be a female DJ. Although many may have been unfamiliar with her name, The Black Madonna truly put her stamp on the festival with a remarkable set that was somewhere between disco and techno. With her DGAF attitude, The Black Madonna poured her energy into the crowd.

Song of the weekend:

Played both at Hotel Garuda and The Magician’s sets, the presence of MK was heard as his new single 17 was played multiple times throughout the weekend. As a performer last year, and inspiration this year, MK proves time and time again why he continues being a huge part of house music 28 years later.

• Carl Cox: If you want an OG house DJ, look no further than the father himself. Carl Cox began his career back in the early 80’s and has continued proving to the world why he is a house God. To have him at CRSSD would be legendary, and I for one, would LOVE to see that happen.

• Hayden James: Following the line of amazing Australian artists, Hayden James is not very known here in the U.S. – but don’t be fooled. Signed under Future Classic with other artists such as Flume and Chet Faker, (who both previously performed at CRSSD) James shows true promise as a stand-alone artist with truly unique sounds.

• Disclosure: Many know Disclosure for hit songs such as “Latch” and “You & Me,” but that is not all they should be known for: Disclosure is known to put on some amazing DJ sets. Disclosure is more than a few pop songs, and is a house duo that would put on a great CRSSD show if given the chance.