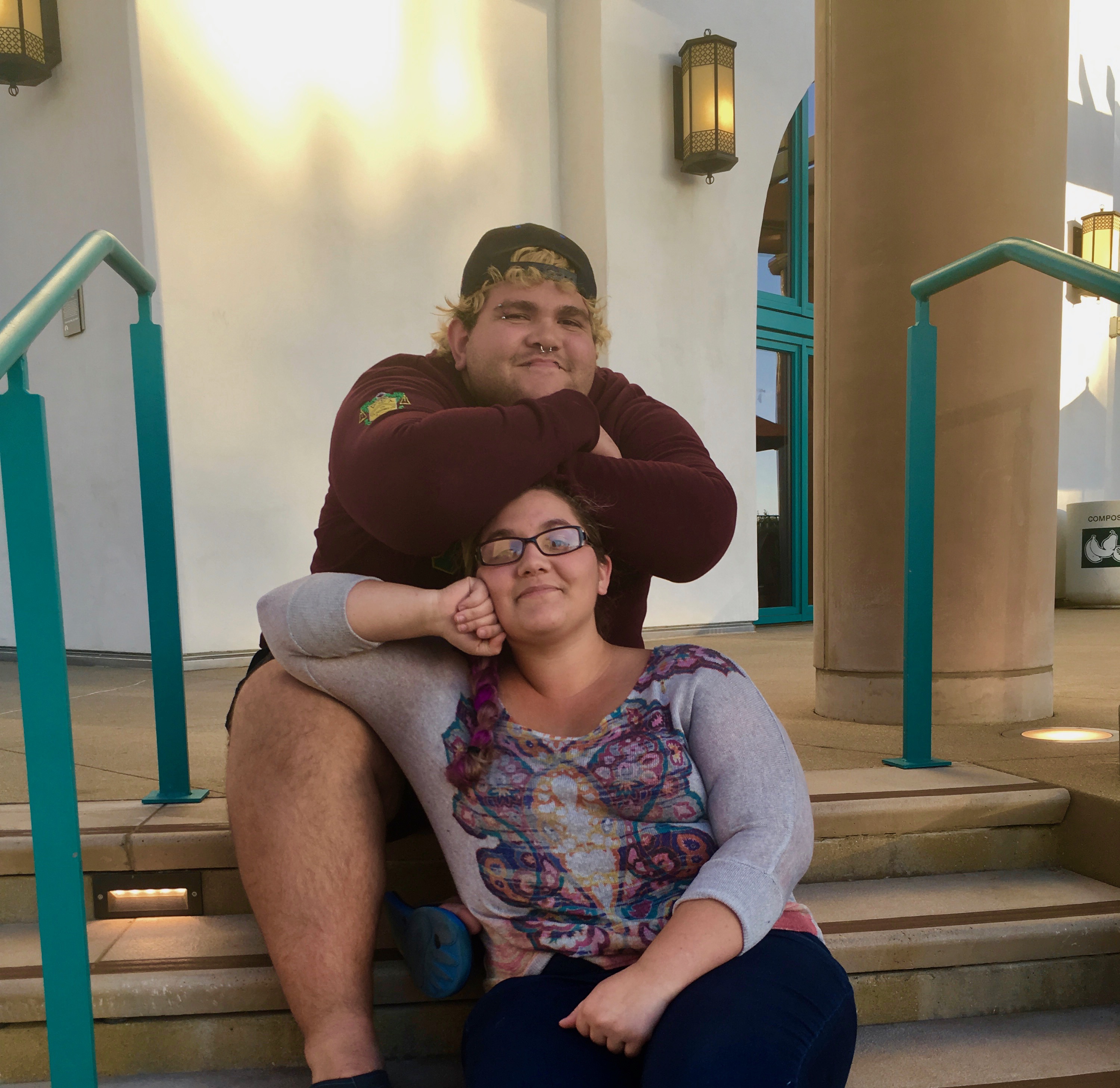 Joseph and Nyssa Gill are a dynamic sibling duo that brings lots of energy and fun to KCR’s sound waves. Every Thursday night, their show, “The Gill Gamut,” features the music they love and want to share with others.

Joseph is a fifth year, double majoring in marine biology and rhetorical writing studies, who has been a member of KCR since 2015. At the time, he was part of another show in which he also played his favorite music. After his first co-host graduated, he convinced his little sister, Nyssa who is a second year student double majoring in history and sociology, to join KCR with him. Together, they have been hosting “The Gill Gamut,” since spring semester of 2017. What they like most about having their own music show is that they get a two hour break from school, life and other things, every week. They also think that being siblings adds to their chemistry on air because they can easily have meaningful conversations with one another about any topic.

While speaking to them, they told me about how their show works. The siblings are very structured and detailed with the preparation of their show every week. Nyssa told me that they have a Google Docs form where they compile a list of 26 songs, split between the two of them. She also says that it takes her all week to make her playlist, because they never repeat the same songs. Joseph explained that once a song has been played, it is “off the table.” They also try not to use the same artists more than once per show, so that they play a variety. The songs that they play go with a specific theme. In the past they have had themes such as fierce females, love songs during the week of Valentine’s Day, break up songs the week after Valentine’s Day, road trips songs before Spring Break, pump up songs for Finals Wee, and empowerment songs. Also, they have weeks where they just play songs they want to listen to.

When they are not playing songs, they fill up the rest of the two hours of their show by talking about various topics. They told me that they usually always start off talking about music, and expand from there to talk about something else, once they become engaged in conversation.

One of the struggles Joseph and Nyssa face is that nobody understands the meaning of their name. Last semester, they were having a difficult time deciding what the name of their show was going to be, or if they even wanted to have name. If they had a name, Joseph wanted it to have alliteration with their last name, Gill. The night before their first show, as Nyssa was going through a thesaurus trying to find words that started with a G, she came across the word gamut, which means the range of music. So, they decided to name the show “The Gill Gamut,” despite knowing that people will probably not understand the meaning of their name.