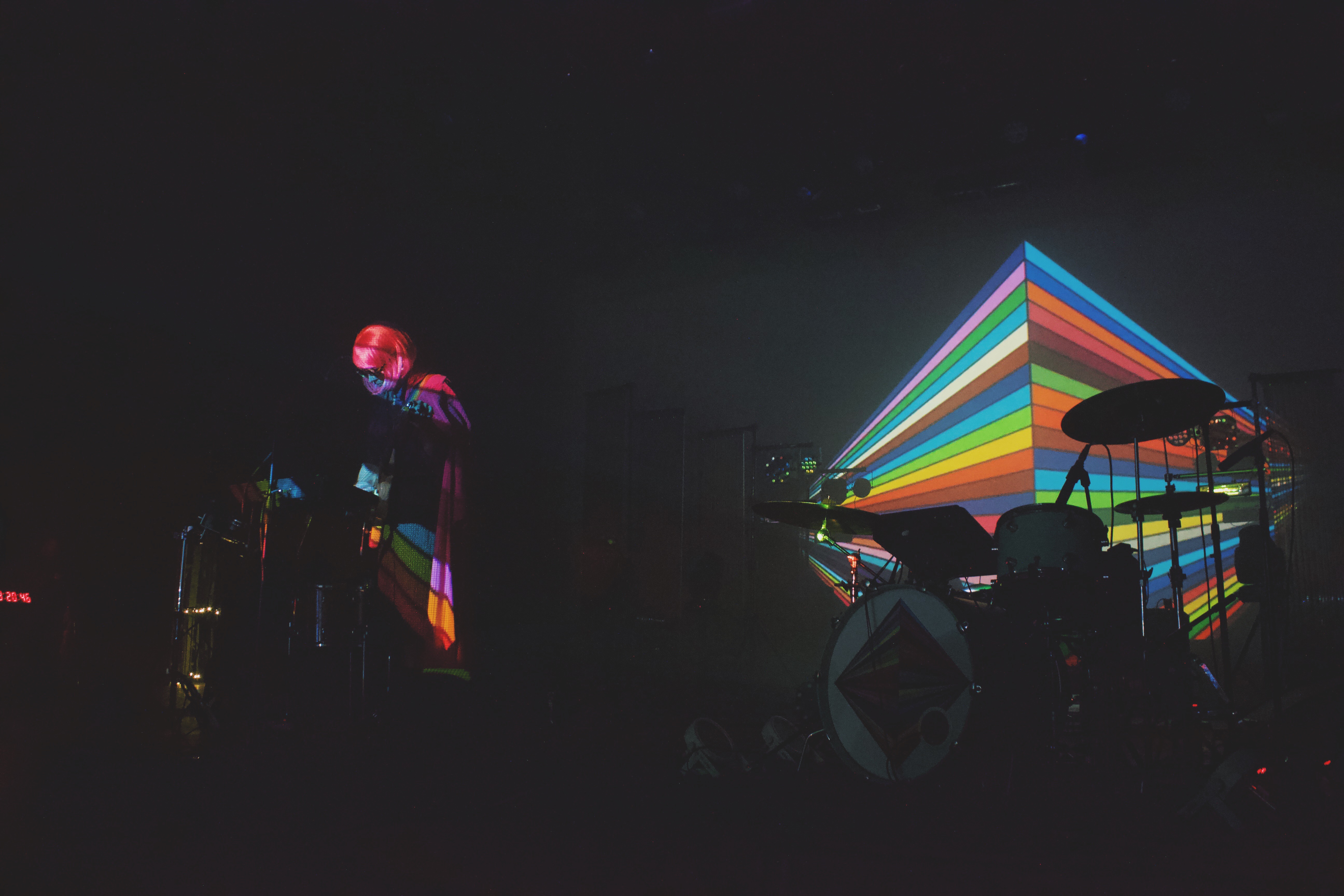 Things got WILD on Friday, Feb. 2 with STRFKR at the Observatory in North Park.

After a chilled out, yet eccentric supporting act by Reptaliens, the sold-out crowd was buzzing with energy. Finally, around 9:15 p.m. the lights dimmed and the murmurs of the crowd rose an octave in excitement as Hodges took the stage. The front-man and founder of the Portland indie-pop band was done up in a dress, pink wig and round glasses that likened him to Willy Wonka. He kindled the anticipation of the crowd with an eerie instrumental, then the rest of the band walked on stage and from then on it was one huge dance party!

Their set was comprised of a variety of songs, ranging from their self-titled album back in 2008 to their “Vault Vol. 3” release from 2017. About a quarter of the way through, Hodges took a seat behind his drums and the next few songs, including “Say to You,” took more of a psychedelic turn. The graphics on the back screen, along with the lights-turned-lasers and the melodic words of philosopher Alan Watts flowing through the speakers, magnified the whole experience.

The tempo picked up with the obvious crowd favorites, “Rawnald Gregory Erickson the Second” and “German Love.” Every head was bobbing and everybody was swaying to the aura of happiness the upbeat tunes exuded into the atmosphere. Suddenly, one after another, dancers dressed as astronauts armed with confetti shooters pranced onto the stage and acted almost as hype men with quirky freestyle moves. The theatrics almost reminded me of an Empire of the Sun show. I thought it was impossible for the crowd to get any more hyped, but boy was I was wrong! Countless brave souls dared to crowd-surf despite the strict security, and one of the astronauts even followed suit — on a giant blow-up swan no less! With confetti flying, their cover of “Girls Just Want to Have Fun” was definitely a highlight of the night. Everyone in the crowd (including me) couldn’t help but jump and scream the words to the funky cover of the jam.

When the band exited the stage, there was deafening applause. The crowd’s “ONE! MORE! SONG!” chants soon turned into “TEN! MORE! SONGS!” (courtesy of the overly enthusiastic group of guys next to me) and made it obvious they were not ready to end the party.

Answering our wishes, the band returned for their encore to play “Leave It All Behind,” and closed out the jam-packed show with “Maps” off of “Being No One, Going No Where.”

Overall, STRFKR pleasantly surprised me with their high-energy vibrant show. If you’re looking for a dance party (or even just a workout) definitely catch them on tour! 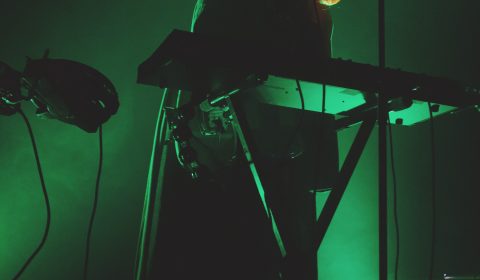 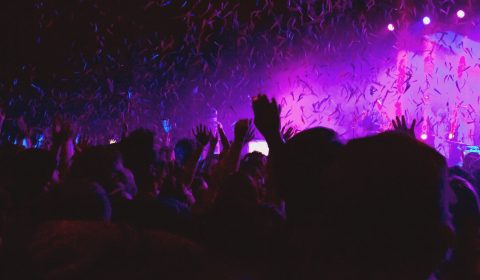 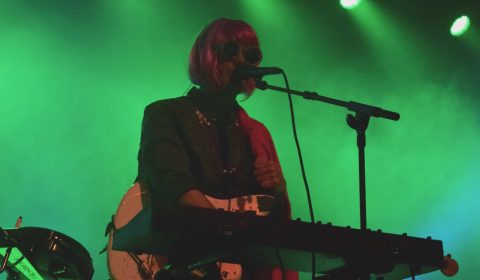 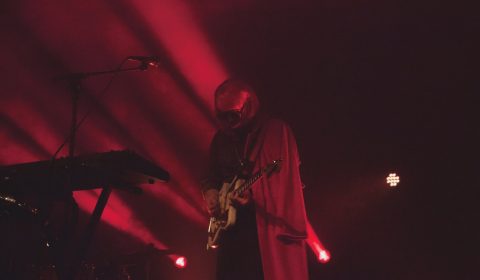