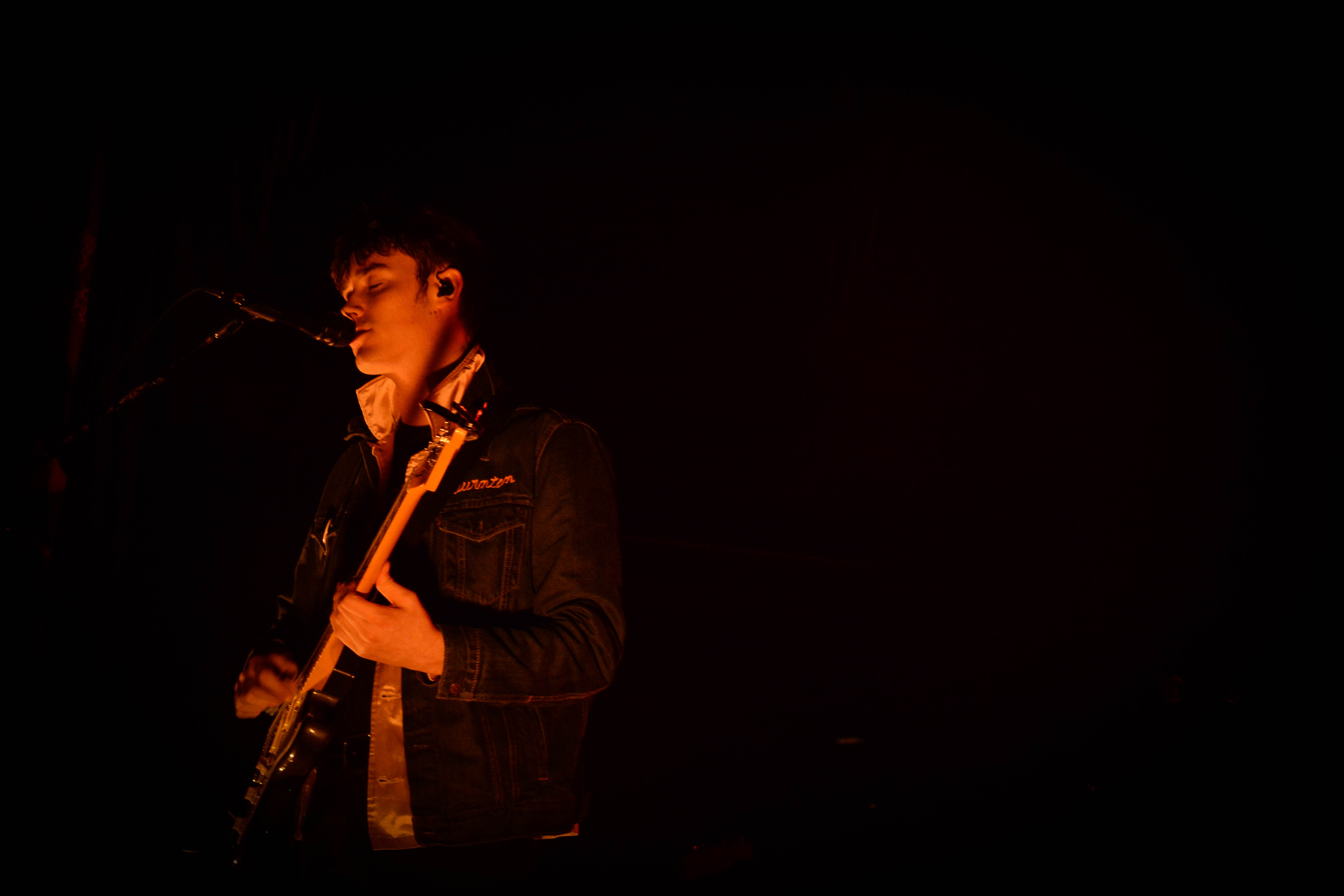 There’s a reason Hippo Campus is on my “Happy” playlist.

On Jan. 25, Hippo Campus played the House of Blues in San Diego, supported by Sure Sure. They walked onstage at about 9 p.m. and proceeded to play the most positive show I’ve ever been to. I’ve never seen so many dancing jean jackets in one room.

Opening with “Poems,” the crowd started off strong. We didn’t need to be told to clap or sing; as a collective we had those “la-la-las” in the bridge totally covered. From there, Jake Luppen (vocals/guitar), Nathan Stocker (lead guitar/vocals), Zach Sutton (bass) and Whistler Allen (drums/vocals) played through “Interlude” and picked up speed with an oldie-but-goodie, “Suicide Saturday.” If, that is, you consider 2015 “old.”

The band kept jamming through “Western Kids” (my personal favorite), “Simple Season,” “Tuesday” and “Baseball,” and the audience kept singing and dancing and jumping and clapping. Luppen played to the crowd like a pro, Stocker and Sutton were poised as ever and Allen graciously provided the crowd with the beats necessary to keep our sometimes unruly clapping in-time.

The energy in the room was young, but Hippo Campus’ performance sure wasn’t. They had their set down-pat, but never did it feel stale. Unlike the usual rock musicians I see, who have been touring for about as long as Hippo Campus has been alive (21-22 years), you could tell the band was actually organically hyped by the crowd’s reactions. But like the more seasoned musicians I’ve seen, Hippo Campus was composed and in their groove; their performance seemed familiar even though I had never seen them live before. It was refreshing, and the whole thing was aided by touring musician DeCarlo Jackson, who would occasionally jump in on the trumpet or harmonica to carry the melody and add a touch of honey to the sound.

The boys brought it back with “Warm Glow” and then Luppen spoke some magical words into the microphone.

He thanked the crowd and said, “Hold onto your socks.”

The whole room simultaneously bent down and grabbed their ankles, and none other than NATHAN STOCKER led the band as they played a new song. Just kidding, we didn’t grab our ankles. But Nathan did sing lead on the new track.

This untitled new song rocked. Literally. The beat had more of a classic feel than the rest of the Indie group’s tunes, but overall it reminded me of…The Strokes (don’t @ me). I’m even more excited now to see where Hippo Campus will go musically with their next release. Stocker was great and all four have proven they can sing, so who knows – maybe their next album will feature him (or Allen?) on vocals. One can hope.

Hippo Campus then played “Little Grace” and “South” before slowing it down with “Monsoon,” where the crowd fell into pockets of awed silence as Luppen mesmerized us with his voice. Then they brought it back up with “Way it Goes” and finally ended their set with “Buttercup.” Luppen dedicated “Buttercup,” to Planned Parenthood, the org. which the band has partnered with on the tour. Planned Parenthood had a table set up at the beginning of the show giving away condoms and, naturally, one of those condoms was blown up and tossed around while “Buttercup” was performed.

Hippo Campus exited the stage to roaring applause, and then we quickly broke out into a cheer of “ONE MORE SONG,” until the musicians came back on stage and played “Violet” as an encore. As a final goodbye, Allen threw his drumsticks into the crowd, effectively starting a seven man brawl.

Overall, it was a pretty euphoric night.

Catch more of Hippo Campus here. Or, to see them call us “asshats” on twitter, go here. Make sure to read KCR’s interview with Stocker last year, and whatever you do, definitely see them on tour. 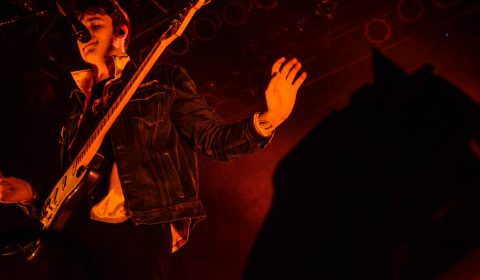 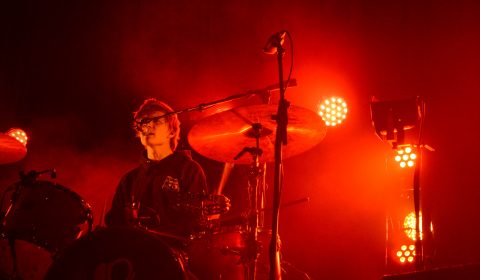 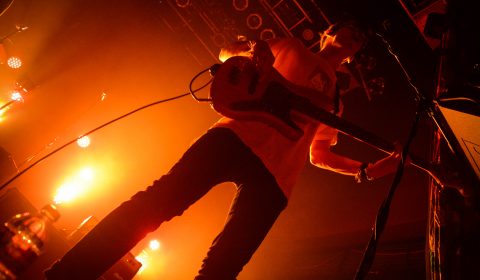 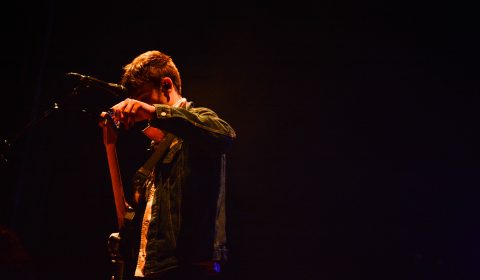 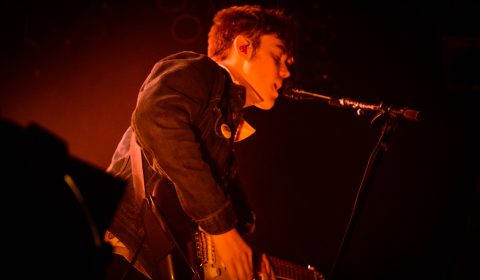