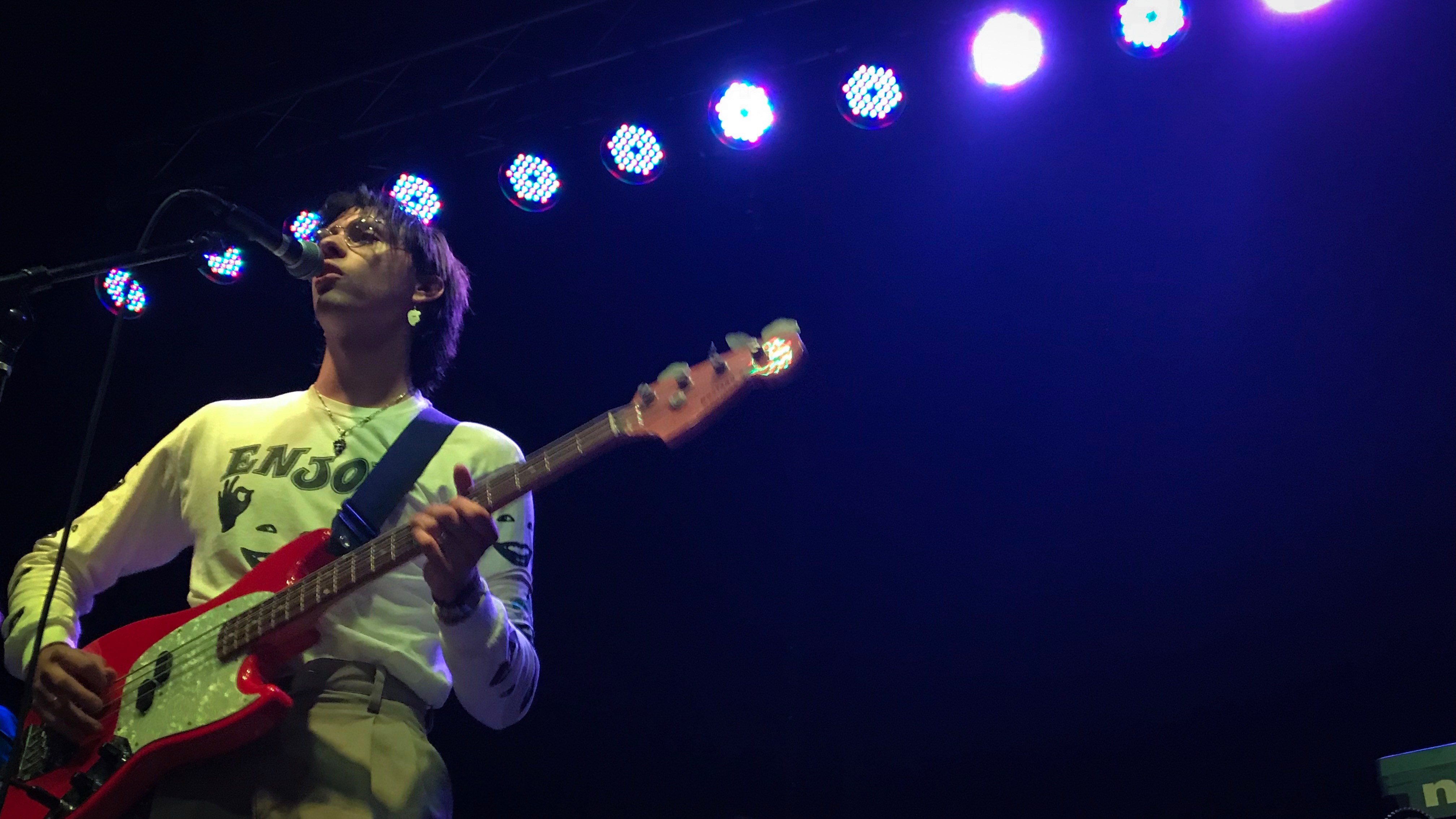 On Nov. 11, Wyatt Shears of The Garden headlined a late night show for his solo project Enjoy in Santa Ana’s Constellation Room at the Observatory. Starting at 11 p.m., the show lasted until 2 a.m. and had multiple other bands perform, including Makeout Reef, Capital Wasteland, Distractor and Blivet. Each band played a 30 to 45 minute set and the artists were pretty different from each other. Tickets were 10 dollars and I personally think it was worth the drive to Santa Ana from San Diego to see all five bands perform. I was mostly excited to see Wyatt play in Enjoy rather than The Garden, because I have never seen him play solo.

When Enjoy finally started setting up on stage, I was surprised and really happy that Wyatt’s brother, Fletcher was going to be on drums. Before seeing Enjoy live, I was not aware that Fletcher still played a part in Wyatt’s solo band and I was excited that I was able to see both of them at the same time. They are both on my list of favorite artists as of late. Although all of these things were great, I was honestly a bit saddened at the fact that Enjoy’s set was so short! Because they were headlining this late show, I thought they would play a longer set, and my friends and I drove up to Santa Ana from San Diego, so we were all honestly disappointed with how the times of the sets were handled. On Instagram, the set times were inaccurate and out of order, which made it frustrating. The audience seemed to be visibly upset because of that. Immediately at the end of Enjoy’s set, the lights were turned back on in the room and everyone started leaving reluctantly.

I am very glad that I was able to see my favorites, Wyatt and Fletcher Shears, though I wish their sets were longer and the information about the event was more clearly stated on social media. But, for the price of 10 dollars I still feel like it was worth going to this show for sure, and I definitely had a great time getting to see the other bands as well.