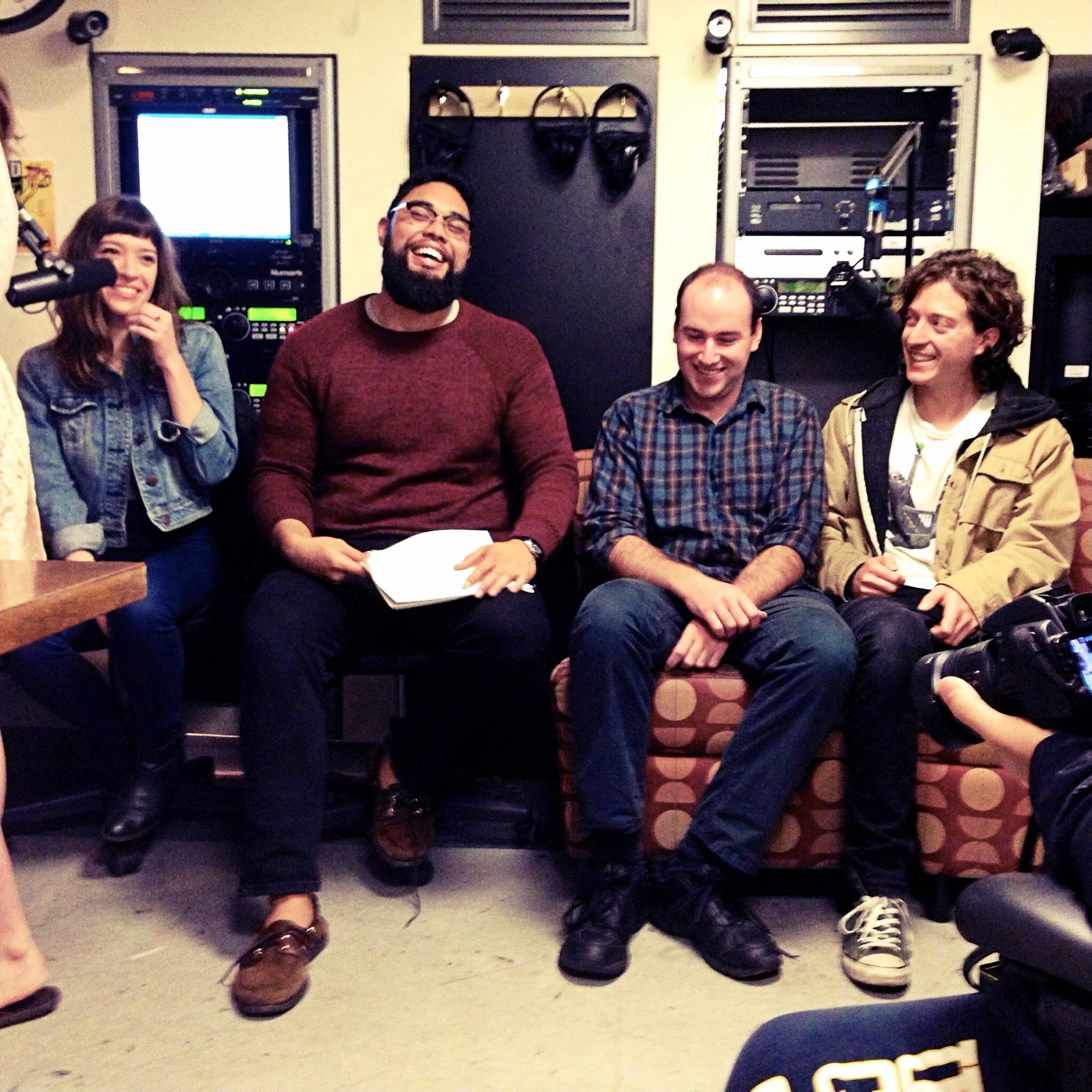 Don’t miss a special preview of  our session with local band Uncle Jesse’s on my show tomorrow!  Tune in to Sweet Jane’s Indie Invasion tomorrow morning, right here at 11am to get a first listen. I’ll be airing part of their interview as well as some sweet Uncle Jesse tunes.

Uncle Jesse was kind enough to join me in the studio last Saturday afternoon for a KCR Secret Session. We wanted to connect with bands beyond their FCC clean demo tapes, and with that we found a way to bring our listeners exclusive content! Secret Sessions are a cool new thing here at KCR where we bring in local and visiting bands to record acoustic sets and do interviews. I can’t wait to unveil Uncle Jesse’s Secret Session. They recorded four tracks with us, one of which was a medley that included a Beyoncé cover.

I think I’ve already revealed too much. Tune in tomorrow at 11 and keep your eyes peeled for the unveiling of their Secret Session.

Ad major at SDSU moonlighting as a DJ. You can find me censoring The National songs at the station, cramming Shakespeare into my brain, and doing improv on various stages in North Park.