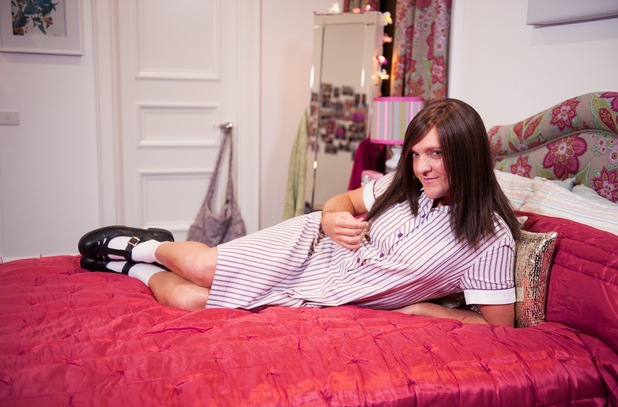 “No offense, but you’re like one of the ugliest girls I’ve ever met in my life.” Ja’mie King, 17, Australian, “private school girl,” and she didn’t ask to be born hot. On the show, Ja’mie is in her final year at Hillford Girl’s Grammer where she strives to earn the pretigious Hillford Medal Award by “demonstrating Christian values and being good at everything.” Ja’mie, as with every mean girl, has her clique of teenage girls where they collectively fawn over “dick pics” and their “box gaps (thigh gaps).”

“If you’re like fat, and don’t have a box gap, you might as well accept the fact that you’re never going to be quiche (hot).”

On the way to her goal, she pelvic thrusts her way into two boys, Mitchell, the quiche new boy at her brother school Felton Grammer, and Kwammy, the “African” boy she reads the Hunger Games to on Skype.

Chris Lilley, Australian comic, is the main drive behind portraying Ja’mie King as the homophobic, xenophobic, racist, sexist, and superficial monster she is. What makes Ja’mie so hilarious and fascinating is genius on the part of Lilley.  As the creator of the character, Lilley does not hold back in showing Ja’mie as a convincingly realistic teenager of the modern day, sprinkling lingo like “YOLO,” “gram (short for Instagram), and Ja’mie iconic word for hot, “quiche.”

The humor portrayed throughout the show is not for the light-hearted as the show is very vulgar when it comes to Ja’mie thrashing out at her mortal enemies (lesbians, fat people, and her family.) While being over-the-top offensive, Ja’mie is portrayed with such tenacity that the idea of being politically correct goes out the window. Lilley is so flawless in his portrayal of a 17 year old girl of today with his Aussie Valley Girl accent, that often at parts in the show, you actually forget that it’s a 40 year old man in that private school uniform. *cue head toss and hair flick*

“I’m going to gram the Asians and hashtag ‘fried rice.’ “

There’s no denying that Ja’mie King is a monster. A monster we love but a monster none the less. However, much like other monsters like Regina George, Kim Kardashian, and perhaps Snooki, monsters offer a reflective look into our culture today. While mostly being a parody of a mean girl in a private school, Ja’mie provides a reflective truth in growing up as a female teenager today, around a culture that pressures young women to have a “quiche” body, good grades, a good social life, and a boyfriend. Eventually in the series last three episodes, we see the consequences Ja’mie has to face due to overpressure, and how she reacts to it.

Which might not be a bad thing after all.

Check out “Ja’mie: Private School Girl” on HBOGO! And listen to 18 and Not Pregnant MON/8PM