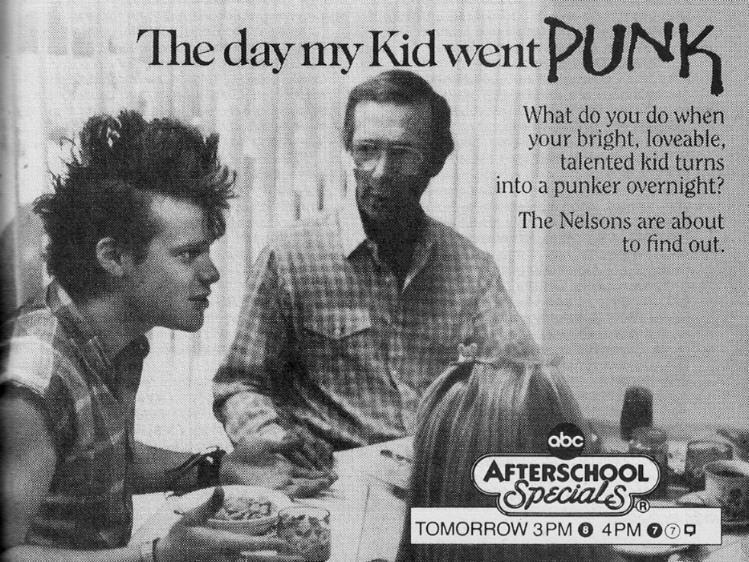 1. Black Flag – Their impact is impossible to calculate. Hailing from Hermosa Beach, California, they were one of the first punk bands to make “hardcore” punk, beginning with their “Nervous Breakdown” EP in 1978. Take a listen to what was at the top of the charts back then (Fleetwood Mac, ABBA) and compare that with this legendary first release. They formed their own label, SST Records, which went on to release many seminal punk albums of the 1980s from Sonic Youth, Husker Du, and the Minutemen. They toured relentlessly, playing hole-in-the-wall clubs and sleeping on fans’ floors. Several different punk legends including Henry Rollins, Keith Morris, and Greg Ginn have been in the band and made some of the best in-your-face punk rock to ever exist. Every punk rocker worth his/her salt knows about Black Flag. They slowed down the music in the mid-80s with releases like My War, leading to the rise of a sludgey, distorted style of punk that later became grunge. When it comes to hardcore icons, Henry Rollins is at the top of the list. There will probably never be anybody with that kind of stage presence in the punk scene again.

2. The Clash – One of the early adopters of punk, The Clash made some of the rawest, loudest punk rock to ever come out of London, England. Riding the first wave of punk in the 70s, The Clash made incendiary songs that challenged capitalism and racism such as “White Riot” and “Career Opportunities”. They made one of the greatest albums ever, even outside of the punk genre, “London Calling”, in 1979. They were not afraid to experiment, and often incorporated various genres such as funk, rap, and world music, proving that punk rock does not have to sound a certain way. Vocalist Joe Strummer proved to be a competent pop songwriter with chart favorite “Train in Vain”.

3. Minor Threat – Coming out of Washington D.C. with lightning-fast riffs and machine-gun vocals, Minor Threat is legendary in the punk scene. Not only were they one of the first hardcore punk bands, but they also invented the “Straight-Edge” movement eskewing drugs, alcohol, and promiscuous sex. Vocalist Ian Mackaye screams with a purpose on legendary songs such as “Out of Step” and “In My Eyes”. He later went on to form one of the most famous emo/indie rock bands, Fugazi. Minor Threat blazed a trail in the Do-It-Yourself punk subculture by creating their own record label (Dischord), and even personally constructing the record jackets for early releases.

4. Bad Religion – Bursting onto the L.A. scene in 1980 with “How Could Hell Be Any Worse?” This band combined punk rock with radical politics. Decrying theism, war, and capitalism, this band also has some of the best guitar work in punk thanks to founding guitarist Brett Gurewitz. A wall of noise knocks you off your feet in burners such as “F*** Armageddon This Is Hell” and “Only Gonna Die For Our Own Arrogance”. Lead singer Greg Graffin is now a PhD at UCLA, and it shows in his wordsmith lyrics. The band has made controversial decisions such as 1983’s “Into the Unknown” (a progressive rock album). Thankfully they returned to form with 1985’s “Back to the Known”. They later signed to Atlantic Records in 1993, generating criticism that the band had “sold out” by singing with a major label. Gurewitz quit for several albums, but later returned for 2002’s “The Process of Belief”. Weathering all this, Bad Religion is probably the biggest name in punk still around today.

5. The Ramones – Many people will say that this band should be higher, but I will defend their spot at #5. Their impact on early punk can not be understated. They basically invented “Punk Rock” as we know it. That being said, only their first few albums have anything of value, and they can get pretty repetitive. Still, they made legendary sounds such as “Blitzkrieg Bop” which almost anybody can recognize today. They were part of the very first punk rock bands to come out of the CGBG’s scene in New York, and deserve to be held up with the all-time greats.

6. The Sex Pistols – These guys, I may have ranked too high. When it comes to the bands that defined the punk “attitude” of the early era, there is nobody more influential than the Sex Pistols. However, their musical chops are not too highly though of. Starting in late ‘75, these guys were much more “image focused” than most punk bands. They even fired their original bassist Glen Matlock so they could bring in non-musician Sid Vicious to replace him, since Sid “looked the part” of a punk rocker better. If you’ve ever wondered where safety pins, spiky hair, “anarchy”, and torn clothes started in punk rock, look no further than these guys. They only made one album, Nevermind the Bollocks, but it has some pretty awesome tracks such as “Anarchy in the UK” and “God Save The Queen” on it. At the end of the day, these guys were basically a boy band that were manufactured by their manager Malcolm MacLaren. Still, their influence on punk today cannot be ignored.

7. The Dead Kennedys – One of the most controversial acts in punk, the DKs have always been one of the most political and uncompromising bands to take the stage. Their name is a reference to the assassinated Kennedy brothers and the death of the American Dream. Invited to the Bay Area Music Awards in 1979, they stopped their scheduled song midway and instead played a new song called “Pull My Strings” which skewered music industry greed, getting them banned for life. Lead singer Jello Biafra once ran for mayor of San Francisco on policies such as banning cars and making businessmen in the financial district go to work in clown costumes. Legendary songs such as “California Uber Alles” eviscerated then (and now) Governor Jerry Brown. One of the most political bands of all time, they brought politics to the forefront of punk rock.

8. Bad Brains – Originally a jazz band, these guys started playing punk rock around 1977 and changed the scene. One of the first black punk bands, they played with a speed and fury that was unmatched for the time. Lead singer HR did back-flips while spitting some of the fastest lyrics ever heard. A strong contender for the title of first hardcore band, they were a revolutionary force in punk. Once you heard Bad Brains, you had to speed up your playing or get left in the dust. As one of the first D.C. punk bands, they laid the groundwork for all the Dischord Records bands to follow.

9. The Stooges – a “proto-punk” band started in Ann Arbor, Michigan in 1967. They were playing “punk” before it even had a name. Almost every single punk interview will mention these rockers as an influence. Lead singer Iggy Pop was fond of crowd-surfing and smearing himself with peanut butter, influencing later crazy punk antics. Their seminal 1973 album, Raw Power, raised the decibel level to the extreme. Punk rock legend Henry Rollins has a “Raw Power” tattoo on his back and cites the Stooges as his favorite band of all time.

10. The Minutemen – “We Jam Econo” was the Minuteman creed, and they lived it. Going on tours with a shoestring budget and recording albums with even less, these guys defined what it meant to be “DIY”. Making minimalist sounds out of San Pedro, California, they made a punk sound that has been cited as one the biggest forebearers of indie rock. Their anti-corporate, high politicized lyrics told listeners that “our band could be your life”, and launched a thousand indie rock ships. You won’t find a Pitchfork reader alive that doesn’t know the Minutemen. You might also recognize the song “Corona” as the theme from MTV’s Jackass, but the band apparently never saw any of that money. They broke up unexpectedly when lead singer D. Boon was killed in a car crash in 1986.