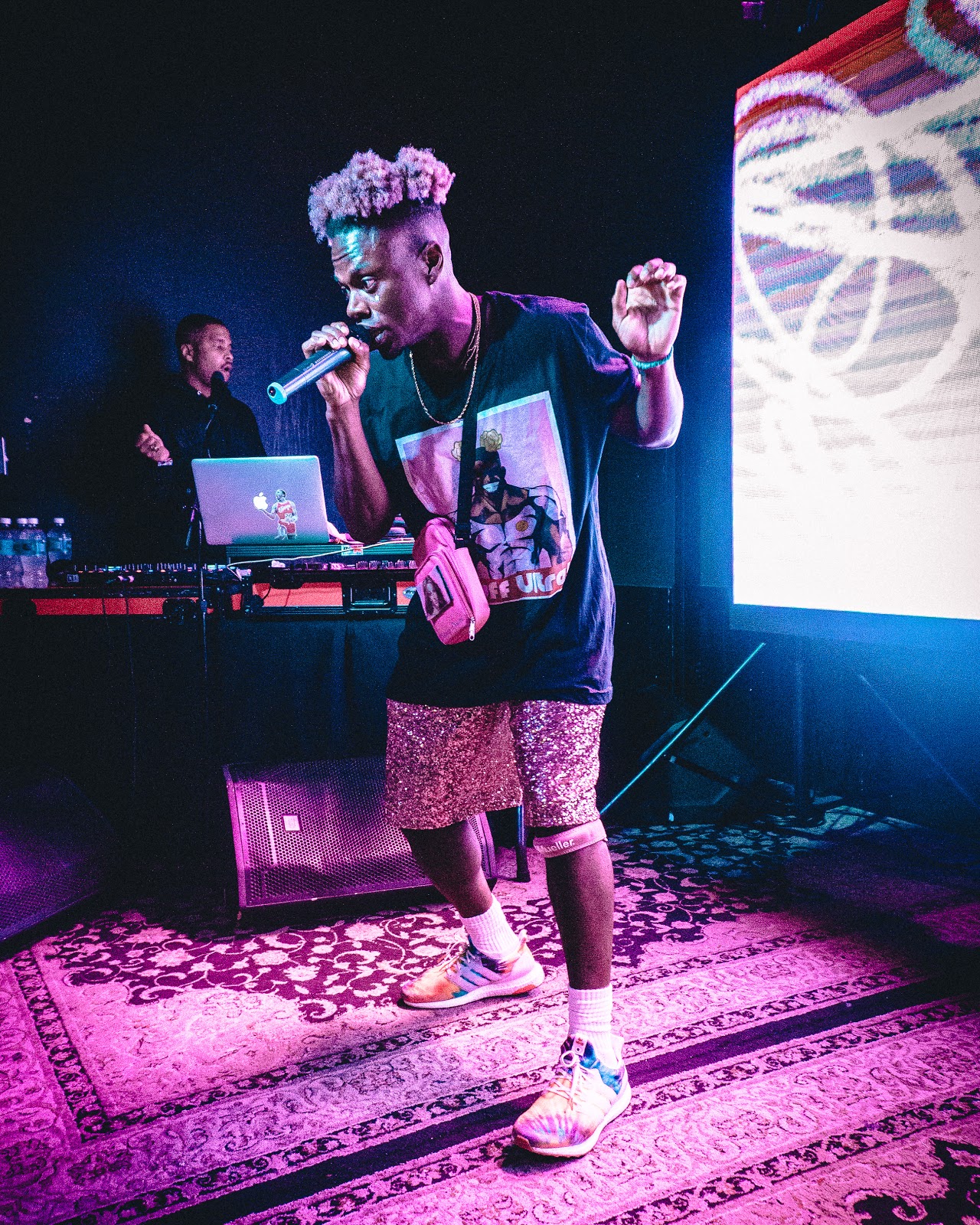 I arrived at the House of Blues, the hottest venue in all of San Diego, about two hours before Tobi Lou got on stage. A little too early if I must say, as I sat around for an hour before the employees let me in to the event. The show was held on the smaller stage called “The Voodoo Room” which I had never been to before.

The show began with the artist named Lil Trxptendo who brought a lot of good energy into the early hours of the performance. At the young age of 17, Lil Trxptendo has brought his music into the limelight, a feat that he was very proud to discuss in between songs. At one point, he even invited four audience members on stage where they all danced together and had a “woah” off. For those of you unfamiliar, a “woah” is a popular yet easy dance move that has come into the limelight during 2019.

The next artist to hit the stage was Femdot, a rapper out of Chicago. With the recent release of his project 94 Camry Music, the energy was off the charts. His live performance consisted of a mix of hype songs that had the crowd jumping and smooth, introspective tracks about his struggles.

As I waited for Tobi Lou to come on stage, I stood outside the venue to get a little bit of a break. Sitting there going through my photos so far, I turned to see Tobi Lou, with his easily recognizable four puffs of blonde hair, himself just hanging out with his squad getting ready for his performance. He was approximately 5 feet away for a solid 20 minutes, and I wanted to say “what’s goooood bro can I get a pic” so bad but felt like that would be annoying right before his performance. Maybe I was just too deep in my own head.

Anyways, Tobi started his performance with one of my personal favorite songs “I Was Sad Last Night I’m Ok Now” and it was nothing short of great. The audience had been waiting a long time and knew all the lyrics to every song. He emits a bubbly, lighthearted, yet confident stage energy that was rare to see from an artist that is still considered “on the come up”.

I hadn’t heard of Tobi before going to the concert, but I actually consider myself a fan now. His style of music is right up my alley, and many of his songs have since been added to my go-to playlist. His “Happy + Extra Sad” nation-wide tour will be continuing until 10/20, where his final show will take place in his hometown of Chicago. If you like upbeat, modern rap music with a taste of bubbly pop, check out Tobi Lou here.