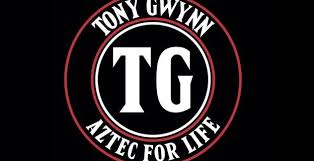 Rock n’ roll was alive and thriving on Wednesday, October 9 when rock icons Stone Temple Pilots brought the house down with help from Rival Sons at SDSU’s open-air theatre.

I walked into the Cal Coast Theater to the sound of the opener, the Warbly Jets whose best song was “Alive.” True to its name it really woke the crowd up and brought a whirlwind of energy to the arena. Followed by the Warbly Jets was the Rival Sons.

During the lead up to their opening song, they had a dog skeleton with a beating heart going to the beat of the first song “Back in the Woods.” The crowd was thrown into a frenzy and was headbanging for the rest of the Rival Sons’ set. I couldn’t take my eyes off the guitarist Scott Holiday during their set either. He had the look of a younger Johnny Depp that instead of acting, took up music at a young age. The singer, Jay Buchanan, had an electric stage presence and felt like he was straight out of the 80s. As the set went on, they played their hits such as “Pressure and Time” and “Electric Man.” To finish off their set they closed it with a bang starting with “Do Your Worst” followed by “Keep on Swinging.” These closing songs captured the force of the crowd and channeled it all into Rival Sons’ rock and roll attitude. Their army of fans were headbanging and throwing out rock and roll salutes.

After the Rival Sons’ magnetic energy, 90s rock icons the Stone Temple Pilots followed suit with an equally powerful performance. They opened their set with “Silvergun Superman” and “Wicked Garden.” My Dad, a rock and roll connoisseur, came with me to the event remarked how even with a different singer than the original, the energy STP brought still felt the same as it did back in the 90s.

Towards the middle of the set they brought out Rival Sons drummer Michael Miley to play for them during “Plush” and they brought out Jay Buchanan to co-vocal STP’s hit song “Interstate Love Song.” This performance was a special tribute because San Diego was the last show of the tour and they wanted to end it with something to remember. STP ended their set with “Trippin’ on a Hole in a Paper Heart.” After the lights went down the crowd was begging for more and we got it. STP came back out and performed “Piece of Pie” and “Sex Type Thing.” Overall, I was surprised by how good the Warbly Jets were considering I hadn’t heard of them before the concert and was thrilled with how much rock and roll energy that Rival Sons and STP were able to bring to San Diego.

Another week, another concert to cover. This makes me a very happy person. On Thursday, October 3, 2019, I had the privilege of covering the hip-hop legend Big K.R.I.T (Justin Lewis Scott) at the House of Blues.

Trust me when I tell you that this dude has been in the rap game for a long time and is a walking legend. Starting his career more than 14 years ago, he has a list of accomplishments that are staggering.

As a prominent protestor of many of the racial issues that America faces today, he has become a symbol of motivation for movements like #BlackLivesMatter.

He has performed and spoken multiple times at the BET Hip Hop Awards, and even received three nominations for “Rookie of the Year” and “Best Mixtape” in 2011, where his career really started to pop off.

Big K.R.I.T has elements in his music that show roots to some of the more classic elements of hip-hop, such as deep soulful beats and tongue-twisting lyricism. Collaborating with big artists such as J.Cole and Lil Wayne attests to his impact and respect within the hip-hop scene.

With all of this said, I was super excited to see this man live and get some fire pictures of him! Unfortunately, I was running a little late to the show at House of Blues San Diego. I arrived at about 9 p.m (the time when the headliner usually hits the stage) and picked up my media pass.

Literally, at the exact second I walked into the main room, Big K.R.I.T. walked on stage to start his performance. Photographers are only allowed to take pictures in the photo pit for the first three songs of the performance, so I hustled my way to the front immediately. The timing could not be more perfect, because if I was even ten minutes later, I would have missed my opportunity to cover the show.

As soon as Big K.R.I.T took the stage, you could tell he had been doing this for a long time. His energy was through the roof. I looked back at the crowd to see all of the audience in the front row singing every single word. He clearly had a bunch of loyal fans.

He continued the next three songs that I saw with that same energy, moving and bouncing around the stage, rapping his lyrics with a passion that is rare to see.

After three songs, security booted me out, and that is all that I saw. Being able to see a legend like Big K.R.I.T up close was really great, and I am happy with the photos that I got.

Big K.R.I.T will continue his “From the South with Love” tour until his last show on November 16th, in his hometown of Atlanta, GA. Check out his music here.

I arrived at the House of Blues, the hottest venue in all of San Diego, about two hours before Tobi Lou got on stage. A little too early if I must say, as I sat around for an hour before the employees let me in to the event. The show was held on the smaller stage called “The Voodoo Room” which I had never been to before.

The show began with the artist named Lil Trxptendo who brought a lot of good energy into the early hours of the performance. At the young age of 17, Lil Trxptendo has brought his music into the limelight, a feat that he was very proud to discuss in between songs. At one point, he even invited four audience members on stage where they all danced together and had a “woah” off. For those of you unfamiliar, a “woah” is a popular yet easy dance move that has come into the limelight during 2019.

The next artist to hit the stage was Femdot, a rapper out of Chicago. With the recent release of his project 94 Camry Music, the energy was off the charts. His live performance consisted of a mix of hype songs that had the crowd jumping and smooth, introspective tracks about his struggles.

As I waited for Tobi Lou to come on stage, I stood outside the venue to get a little bit of a break. Sitting there going through my photos so far, I turned to see Tobi Lou, with his easily recognizable four puffs of blonde hair, himself just hanging out with his squad getting ready for his performance. He was approximately 5 feet away for a solid 20 minutes, and I wanted to say “what’s goooood bro can I get a pic” so bad but felt like that would be annoying right before his performance. Maybe I was just too deep in my own head.

Anyways, Tobi started his performance with one of my personal favorite songs “I Was Sad Last Night I’m Ok Now” and it was nothing short of great. The audience had been waiting a long time and knew all the lyrics to every song. He emits a bubbly, lighthearted, yet confident stage energy that was rare to see from an artist that is still considered “on the come up”.

I hadn’t heard of Tobi before going to the concert, but I actually consider myself a fan now. His style of music is right up my alley, and many of his songs have since been added to my go-to playlist. His “Happy + Extra Sad” nation-wide tour will be continuing until 10/20, where his final show will take place in his hometown of Chicago. If you like upbeat, modern rap music with a taste of bubbly pop, check out Tobi Lou here.