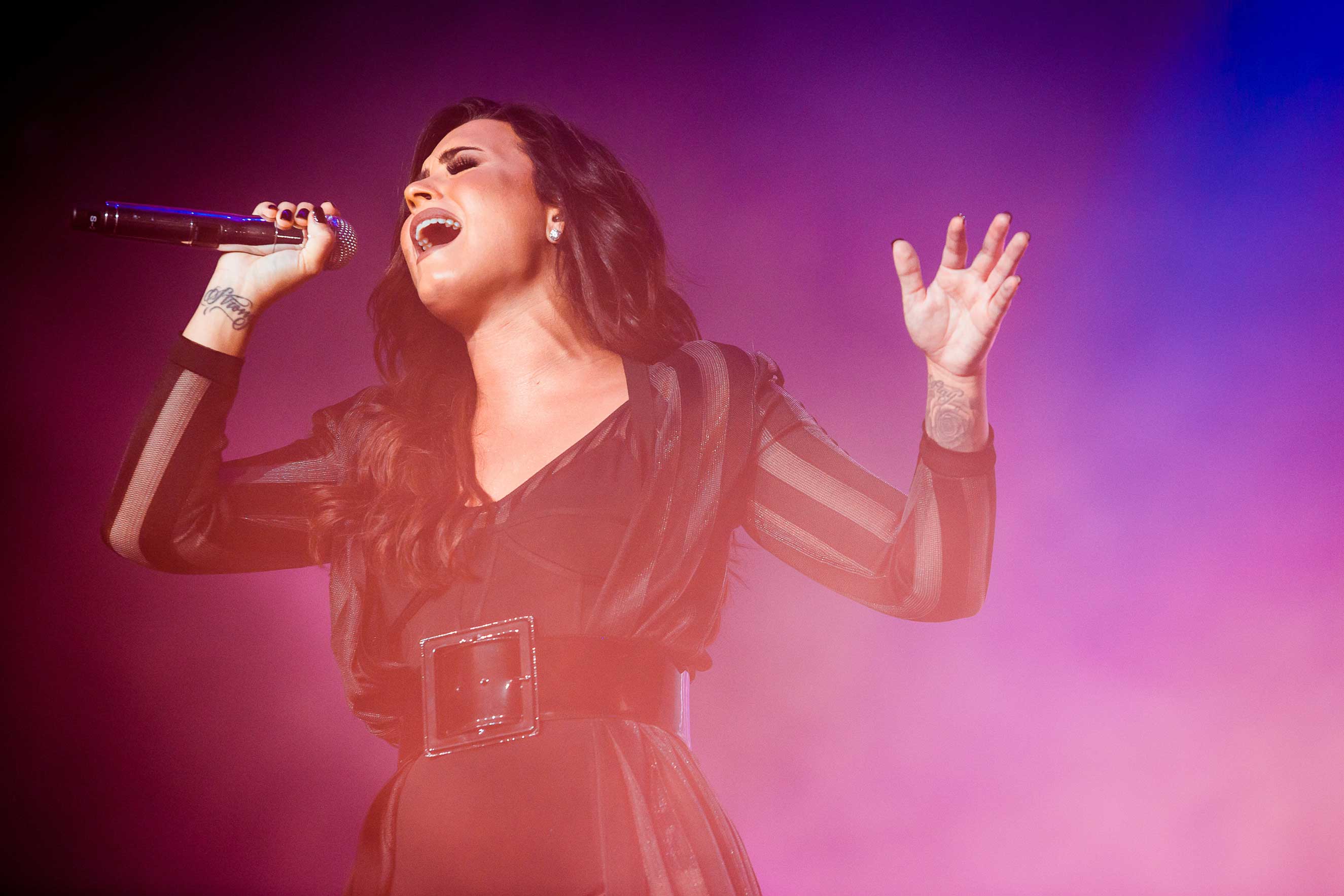 A series dedicated to what the media does not broadcast about your favorite musical artist; I present you, Demi Lovato.

Demi Lovato. You may recognize her name from her Disney days, as she was in one of the best selling Disney original movies being Camp Rock, or you know her music, or you have seen tabloids of her overdosing on opiods back in 2018. Whatever it may be, Demi Lovato is one of the most underrated pop stars of today. Not only is her voice undeniable but she as been brutally honest with what she goes through in life. Demi has been open about life with anorexia, bulimia, drug and alcohol addiction, and her bipolar disorder.  I think this, in a way, has made her a role model for others. She has created her own path in this industry and society.

No one is perfect.

Demi has talked about being an addict, mental illnesses, and her sexuality. She knows she’s not perfect and that’s why she is a role model for others. You may argue that she is not a role model but everyone in their life goes through difficulties. Whether it be as extreme as throwing up your food or saying to yourself you that you don’t like your body. People connect with real stories and real people more so than celebrities who put on a persona for the outside world.

Demi is not perfect and neither is anyone in the world. The media will come out and highlight one thing a celebrity did that maybe wasn’t the best decision and talk about it for weeks. She is a role model because she has overcome addiction and an overdose. What you do with your life after these types of experiences is what matters. Demi has turned her hard times into music that others can relate to and that may even help them through their own hard times. She continues to share her journey of life to help others in their path with life.

“There weren’t a lot of young pop stars…talking about their issues, and I wanted [to be] someone that my little sister could look up to. I wanted to be the role model that I needed growing up.”

There is a stigma around mental health in our society that it is not talked about as much as it should be. In reality everyone has difficult points in life and could use a little extra support from the people around them. Our society does not talk about these topics because they hold negative connotations. I think we are continuing to fuel the fire of with these mental health issues because they are real human things that most people have experienced from one extreme to another. If no one initiates conversations about mental illnesses then people view it as something that is frowned upon or abnormal.

People are often marginalized for having a mental illness which is not helping anyone. Demi Lovato only wants to help others because there was no one she could relate with while going through the ups and downs of life.  We are somehow trained to believe that celebrities have these perfect lives and are perfect people. Some people place so much judgement on celebrities when there is no need for negative energy in this world. In reality, everyone is human and experience human difficulties.

Demi produced a documentary that was released in 2017 about her journey so far in life. She wanted to create a body of work where she could write her own narrative instead of other people writing inaccurate stories. She told Billboard:

“It’s nice to be able to control the narrative because a lot of times you get asked questions in interviews and sometimes, some magazines or reporters are kind of like fighting for bits. I get to lay everything out on the line myself [in the doc], which feels good.”

Her voice needs to be heard.

Not only has Demi shown the world that it is okay if you aren’t perfect, but her voice is undeniable. Demi has one of the biggest voices in pop music today; her range is insane and she can deliver every note. Everyone knows about Demi’s addiction but do they know how beautiful her voice is. Please listen to her songs “Warrior,” “Sober,” “Stone Cold,” and “Skyscraper” to understand Demi’s true vocal abilities. The media always publishes information about an artist before they say anything about their music which i think is a societal downfall. Demi has even tweeted about the situation which was reported in a Rolling Stone article.

“I love my fans, and hate tabloids. Don’t believe what you read. People will literally make up stuff to sell a story. Sickening,” Lovato tweeted. “If I feel like the world needs to know something, I will tell them MYSELF. Otherwise people stop writing about my recovery, because it’s no one’s business but mine. I am sober and grateful to be alive and taking care of ME.”

Demi Lovato has shown the world that she is a force to be reckoned with and will not give up fighting for herself. In the first interview back since her overdose in July she stated:

“What I see in the mirror [is] someone that’s overcome a lot. I’ve been through a lot and I genuinely see a fighter.”

If you want to see the power behind the womens voice then watch this video linked here. Your jaw will be on the floor, no doubt in my mind.  If you tell me this woman cannot sing after watching this video then you have lost your mind. Demi Lovato deserves to be recognized as one of the best vocalists of this generation.

She still gives back.

Supporting charities related to mental illnesses is one way Demi has given back to the world. But she also supports charities like WE Movement that aids community development in areas that are at a high risk for child labor, child exploitation, and lack of opportunities for young girls. Demi has been vocal about supporting charities since her Disney days where she was a part of the chime for change movement. She supports charities she truly believes in.

Demi has been through a lot as a child Disney star and has struggled as an adult pop star. But what people need to see is her fight to be better and continuation to show the world that she can be a role model in spite of her imperfections. Her voice is what needs to be spread in the media and what people need to focus on.

I encourage everyone reading this to keep fighting for yourself. Never give up on who you are. If you need help with anything, contact your closest friends or loved ones and receive the help you need. Remember that you will get through a rough patch. If Demi can, so can you. Loving yourself is the most important thing you can do in life.