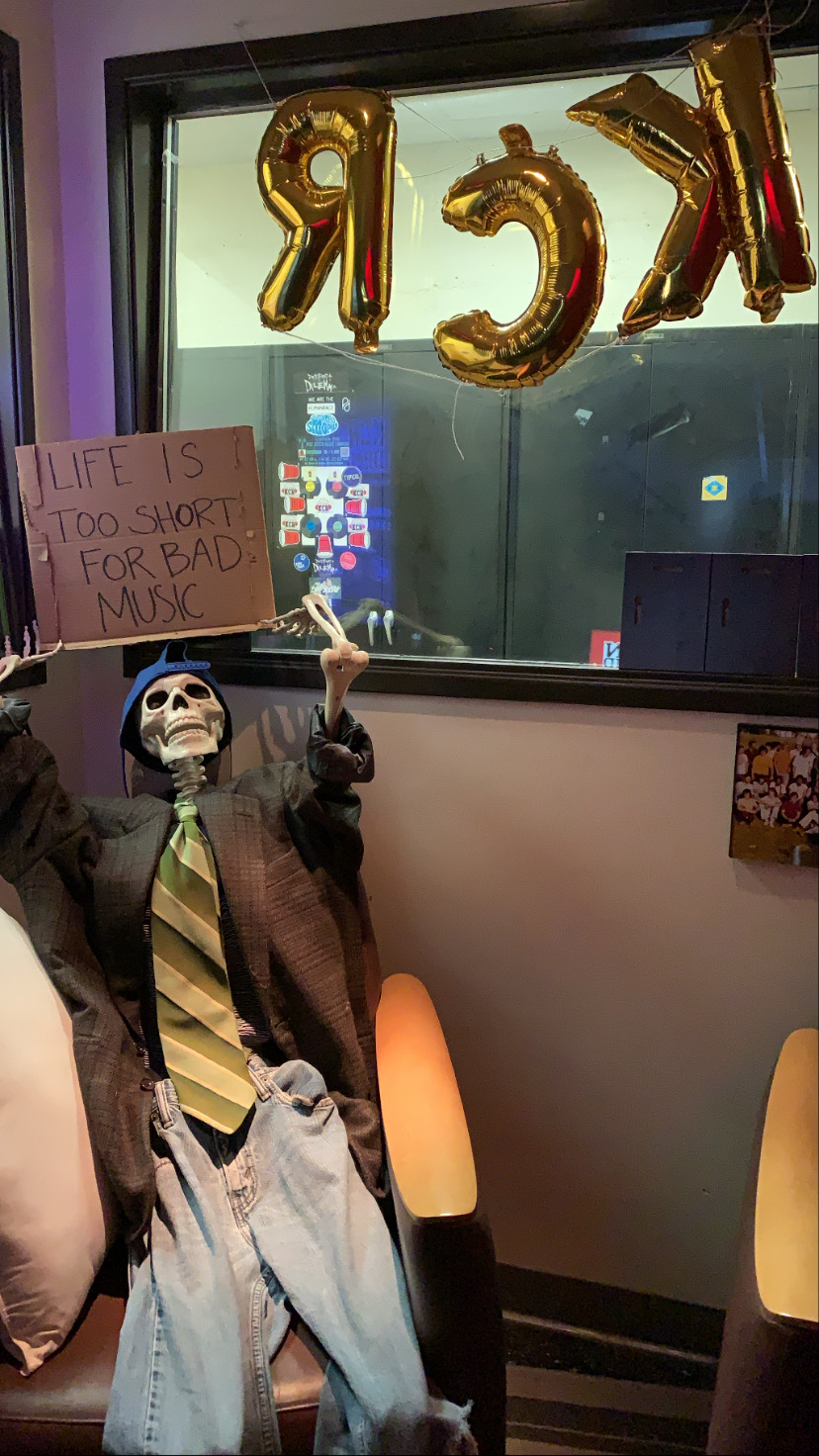 I created a survey to learn about what types of music my peers are listening to as well as the frequency and occasions they do. It was very interesting to see the results come in because I found that music is a HUGE part of a majority of students’ lives on this campus.

I found that students spend around 4-7 hours a day listening to music, which is a lot considering the time required for sleeping, class, etc. On a scale from 1-10 (1 being not important and 10 being the most important), the majority rated music as a 9.

A majority of those I surveyed use Spotify as their preferred music platform, with some using platforms like Apple Music, SoundCloud, or Youtube. It is interesting that of all the different platforms used, they are all streaming services meaning college students tend to use a streaming subscription to listen to their music rather than anything else. These streaming platforms often have deals for students as a means for them to gain more clients while making it affordable at the same time.

As far as favorite genres of music, the results were kind of everywhere. Rap/Hip Hop and Indie/Alternative received the highest amount of votes which did not really surprise me. Rock/Alternative and R&B received the next highest, followed by EDM, then Pop, Country, and then Jazz.

As for occasions of music listening, I found that everyone surveyed listens to music when they study or do homework. Genres listened to while doing this include EDM, Lo-fi, Indie, Instrumental, and others. Results were the same for listening to music while walking to class, getting ready, and driving around in the car. The frequency differed but everyone does listen to music while doing these things. My favorite part of this survey was asking people to explain their music tastes. Some of my favorite responses include:

“All over the place but really good,” “The intersection of what I want to hear and what I need to hear,” and “Anything but country.”

I already knew, based on seeing students walking around, that music is a very big part of most students’ lives on this campus, but this survey really reiterated that.