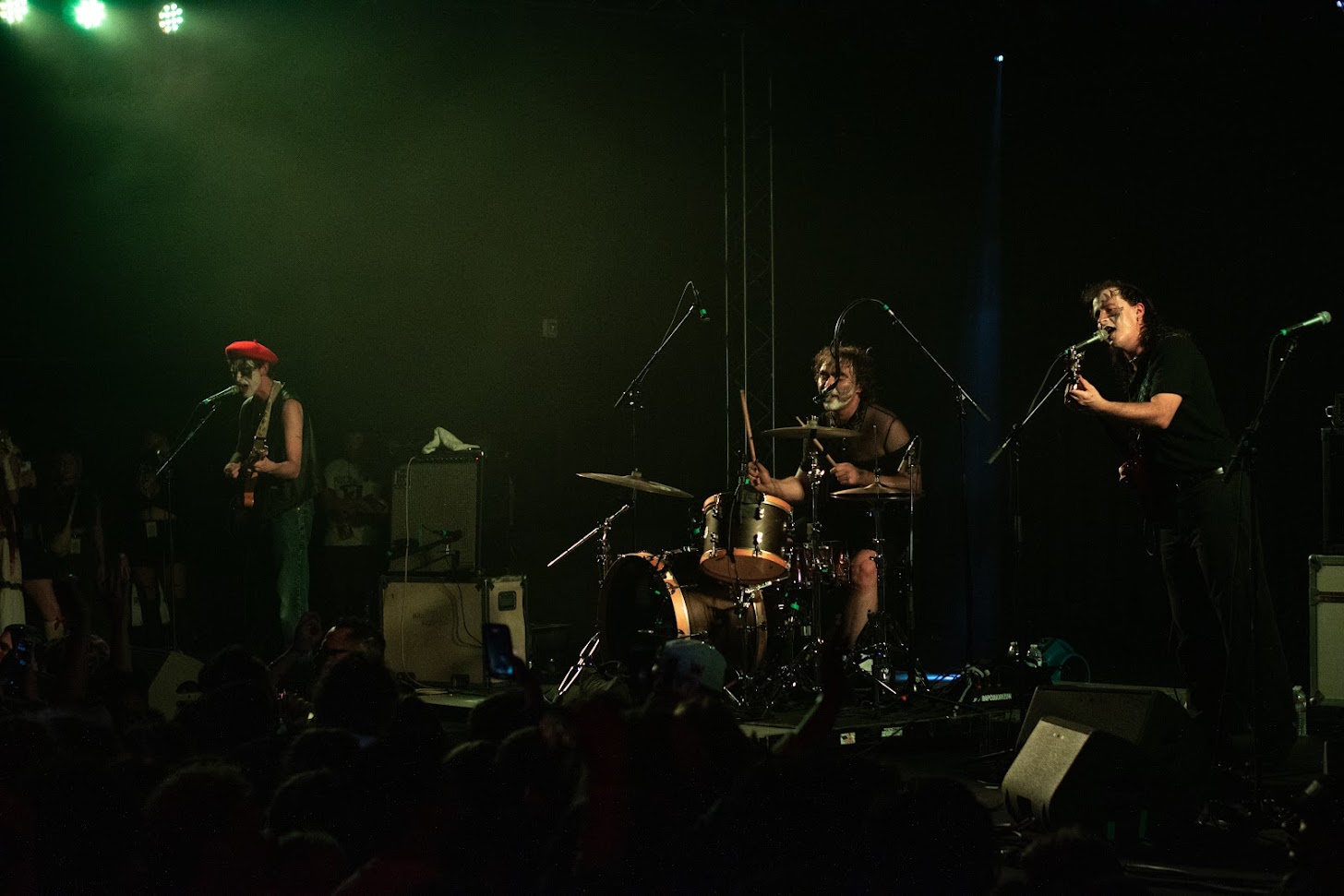 On Halloween night, indie rock band Surf Curse took the main stage at SOMA in San Diego. This was the second night on the North America tour and the show had been sold out for weeks. People were amped to spend the thrilling holiday at what soon became coined as “Surfaween.” The audience poured into the vast venue all costumed up, buzzing with an untouchable energy

Hailing in from Nevada, the band originally formed in Reno in 2013. Since then, the band has produced four studio albums, becoming well known for electrifying singles such as “Freaks,” “Disco,” and “I’m Not Making Out With You.” They released their latest album, Magic Hour, on October 7th of this year, quickly embarking on tour thereafter. Magic Hour is a vigorous culmination of the band’s nearly decade-long trajectory. It combines the nostalgic air of Buds with the group’s more contemporary developments in their craft. Hearing it live was spectacular, as the band took the crowd under their spell for their Halloween show.

The opening act was the West End based band Toner. They are scheduled to support Surf Curse for half of their tour, beginning in Las Vegas and ending in San Francisco. Toner’s set was intensifying, laying out the contagious energy for the night.

At about nine, Surf Curse hit the stage. Donning streaks of black and white face paint, the band dubbed themselves as “surf kiss” for the night, making an entrance to KISS’ “Detroit Rock City.” They opened up the show by playing songs “Christine F” and “Doom Generation” from their 2017 album Nothing Yet. It was a sight to see as the band jumped around on stage and the crowd began to follow suit, running about with an eager restlessness.

The band moved on to playing songs from their new album Magic Hour next with “Arrow” and “Cathy.” At this point in the heat, their costume makeup began dripping down their faces and lead singer and drummer Nick Rattigan exclaimed to the crowd about the products getting into his eyes. However, the show proceeded, as they dived into playing hits such as “Midnight Cowboy” from Heaven Surrounds You. They appeared timeless here, melting their sound over the moshing crowd.

It is no mistake that the crowd was full of surfers as friends hoisted eachother up into the infinite sea of arms and bopping heads. When the band began to play one of their most defining songs “Freaks,” the crowd began yelling out the lyrics in giddy excitement. Balloons floated in the air, being thrown about as the chorus “I am just a freak!” soundtracked that very moment. People danced about to the nostalgic tune, a song that transports myself back to highschool memories.

To close out the set, the band played their powerhouse of a hit “Sugar.” This song is a personal favorite, but its place as a masterpiece was solidified when I saw it live. The band’s guitarist, Jacob Rubeck, shined during this song as he revealed his seemingly effortless talent. I was surprised that the red beret he wore stayed put as he screamed lyrics into the microphone and absolutely executed the ending of the song.

The band went on to perform an encore consisting of songs “Goth Babe,” “Fear City,” and “Disco.” “Disco,” was the perfect end to the night, giving the crowd one last song to jump around to. It was safe to say that Surf Curse created an entirely memorable Halloween, playing a remarkable show for an ecstatic crowd.