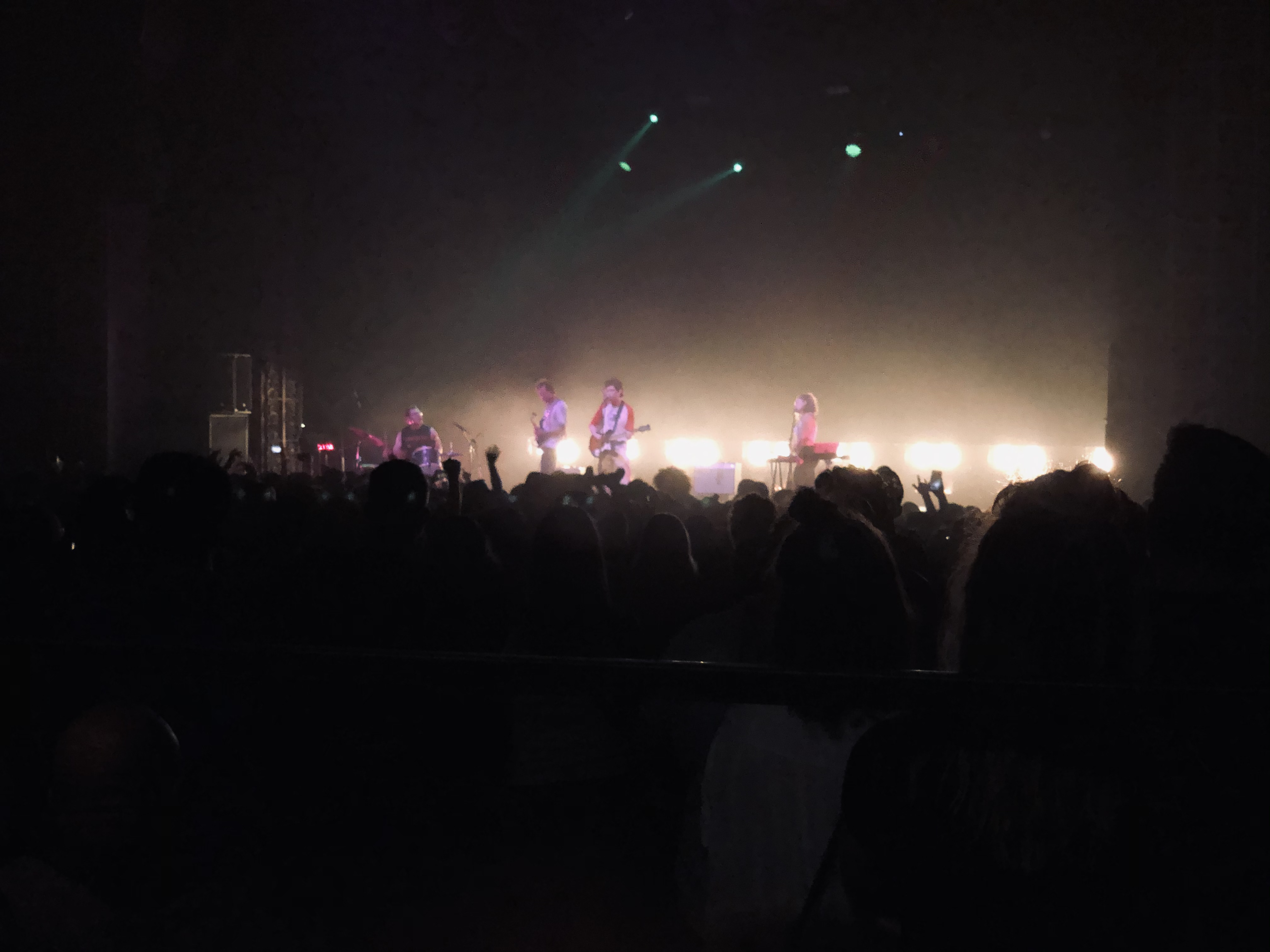 Surf rock has become largely oversaturated in Southern California, but bands like Surf Curse have created a refreshing sound that is unique to Socal’s music scene.

I had the opportunity to see Surf Curse at The Observatory in North Park on Wednesday, October 16. While waiting to enter the venue, I witnessed a security guard’s interaction with a group of young girls (who were intoxicated and attempted to bring alcohol into the show). Seeing this altercation, I knew what type of concert this was going to be, and I mean that in the most positive way possible.

The whole experience felt like a scene from a teen-indie film.

The band’s production was minimal, and their show intimate. Each musician had something distinctive about them. Nick Rattigan sang lead vocals and played drums simultaneously, which I found extremely impressive. Jacob Rubeck largely kept to himself as he played his mahogany and black Stratocaster. His business-like demeanor and crisp technique were fascinating to watch.

Although Rattigan and Rubeck are the “main” members of the band, their touring musicians more than carried their weight. The guitarist and bassist had great chemistry and played passionately. In fact, the guitarist played so passionately that he broke two strings throughout the show. Additionally, their synth player’s nonchalant body language led my girlfriend to ask me, “Is she even playing anything?” I laughed. You know you’re doing something right when you play your instrument so well that people can’t even tell you’re playing it.

Most of their set came from their latest record, Heaven Surrounds You, but they did not neglect to include hits such as “Freaks” and “Forever Dumb” in their encore. Although I did not know every song, each track gave me a similar visceral feeling of nostalgia, which was completely exhilarating.

All in all, Surf Curse gave a great performance. People moshed, crowd surfed, and will certainly remember the night.