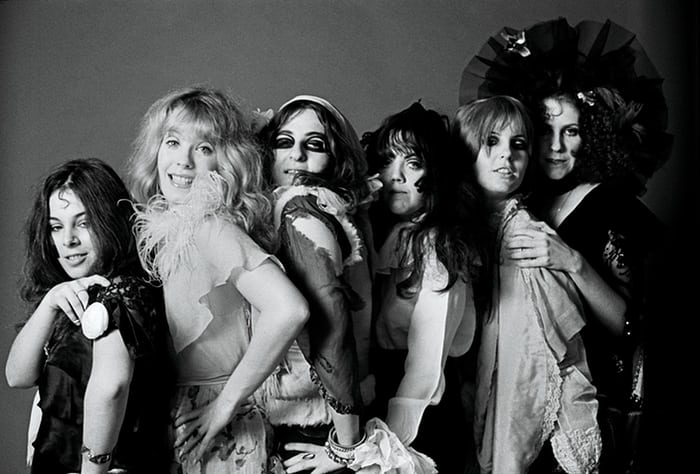 The 1960’s and 1970’s were probably the biggest eras in rock and roll history. Rock and roll was the most popular music in the world, and its movement is still the biggest form of counterculture and rebellion to this day. With the wild and flashy lifestyle of rockstars, groupies followed closely behind.

During this era, these groupies put the “sex” in sex, drugs and rock and roll. Even though society saw them as girls who just slept with the band, the media popularized their identity. “Rolling Stone” magazine had an issue titled “Groupies and Other Girls.” There were even educational and eye-opening documentaries made. For example, the film “Let’s Spend the Night Together” focuses on the role of groupies from the songwriting perspective. Band members didn’t dehumanize them as objects but rather as muses for their work. Songs like “Plaster Caster” by Kiss or “Going to California” by Led Zeppelin wouldn’t have existed without groupies.

Some mannerisms that we love from our favorite rockstars stem from these girls that hung around them all the time. Places like the Hyatt house on Sunset Blvd in Los Angeles, the Roxy or Whiskey A Go Go were all special spots for rockstars and their groupies. Back when Los Angeles was the center of the rock and roll culture, it was hard to not run into bands members from The Doors or Led Zeppelin and their groupies.

I took interest in rock and roll and the groupie culture after seeing the movie “Almost Famous.” When I watched “Let’s Spend the Night Together” I learned that these girls didn’t feel like they were being taken advantage of in any way (even though some of their stories were very suspicious). Therefore, the word “groupie” shouldn’t have the negative connotation it holds today. A groupie is simply another member of the band.