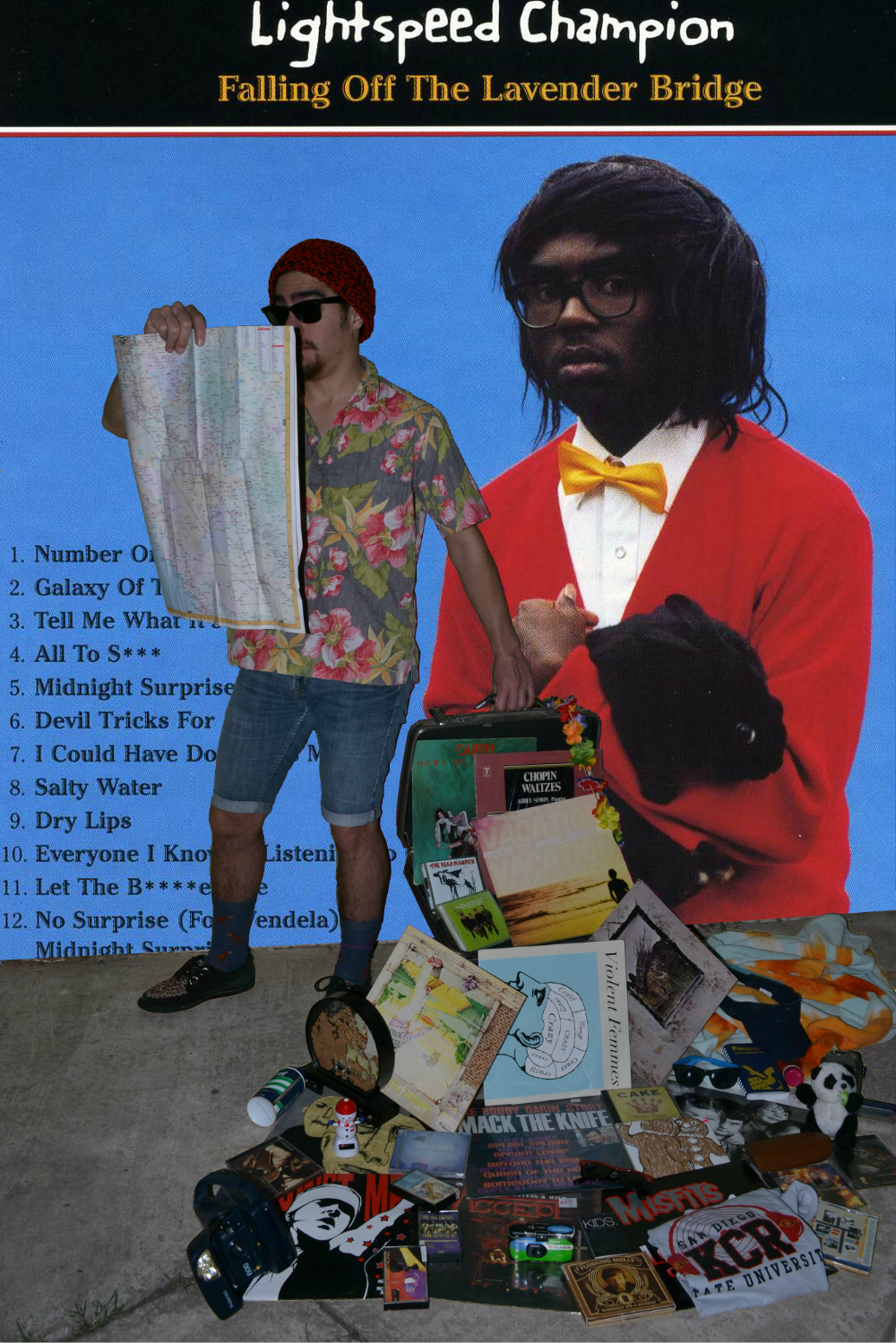 Hey again tourists, you’re right on time for another Souvenir of the Week! This week’s souvenir is an indie rock/folk album called Falling Off The Lavender Bridge by British artist Lightspeed Champion.

Lightspeed Champion is actually Dev Hynes, who is also behind the band Blood orange and has written for artists such as Florence and the Machine and The Chemical Brothers. He also played guitar and synth in the band Test Icicles from 2004 to 2006. This week’s souvenir, Falling Off The Lavender Bridge, was released on January 21st, 2008 and was his debut album as Lightspeed Champion.

A lot of people helped contribute to this album. Apparently the story goes that during the months that Devon was working on this album with Mike Mogis (yes the one from Bright Eyes) he was staying at a guest house in Omaha, Nebraska. While he was there quiet a few musicians came by to hang out and a few ended up playing on the record. Not only is this story cool as is, but it adds to how great this album is considering how such a cohesive and solid sounding album came from such a happenstance.

Now don’t get me wrong, I’m sure this album would have sounded great if it was just Devon’s vocals and his guitar. In fact I’ve heard a few solo acoustic versions of these songs and they are pretty great.

However, the addition of additional vocals from singers such as Emmy the Great, Tim Kasher, Derek Pressnall, Kianna Alarid, and Joe Knapp give this album a really dreamy feel to it. Also, the use of string instruments such as a celloe and wind instruments such as an oboe or clarinet exude an air of class and grandeur. All of these amazing musicians and vocalists help to bring to life Devon’s poetic and very personal lyrics.

Some of my favorite songs are Galaxy of the Lost, Midnight Surprise, I Could Have Done This Myself, Dry Lips, and Let the Bitches Die.  I really enjoy this album, I think it’s really pretty sounding and I love to sing along in a terrible British accent. So if that’s what you are looking for in an album then look no further! Anyways, thanks for reading and I’ll see you all next week.