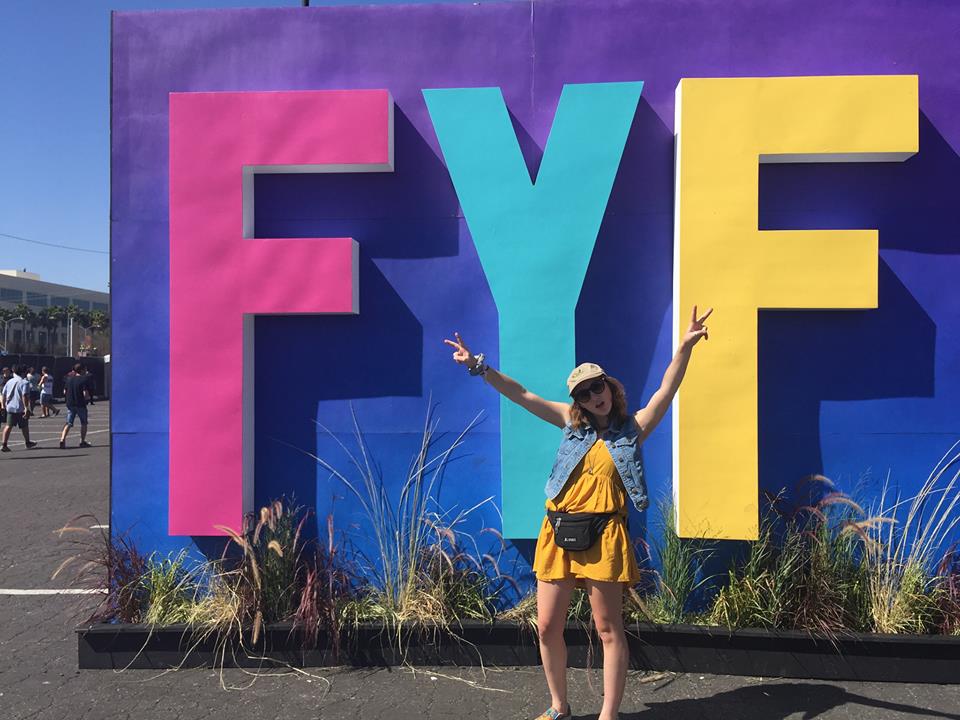 Hey Aztecs and music lovers alike, it’s Lala here! This being my first blog post, I’m a newbie here at KCR College Radio and I’m so glad to be part of the team. So, in honor of my first blog post, I’m going to be sharing some of my favorite sets from this last summer in a TOP 3. I spent a large portion of my summer funds attending shows and festivals such as Outsidelands, FYF, and even some house shows thrown by local bands. In no particular order, I’ve got the best shows seen by me over the last few months.

First off, we’ve got Shakey Graves

Americana musician from Austin Texas, Shakey Graves is a one man band that gives off ragged alt-folk vibes that are unlike any other. I was fortunate enough to see Shakey Graves on the third and final day of Outsidelands.Not having seen him perform live before, I joined a friend to catch  Shakey Graves’ set and I was almost immediately mesmerized. A true performer and incredible musician, this dude would simultaneously play his guitar and a harmonica all the while keeping beat with a kick drum. He clearly knew how to control a crowd and keep the audience alive with his music. Some of the most fun I had at that whole festival was held during Shakey Graves’ set, a very talented entertainer and gentleman alike. I highly recommend giving him a listen, and if you fell in love with his music like I did, you can see him play at the Observatory North Park at the end of this month on the 28th.

In a completely different direction from the folky blues of Shakey Graves, Run the Jewels is a hip-hop duo consisting of NYC rapper/producer El-P and Atlanta based rapper Killer Mike. The underground hip hop rappers are a crossover between new school and old school and are surely evolving the game with their bold lyrics, sick beats, and no BS attitude. I saw Run the Jewels on the first day of FYF and it was surely the most upbeat and hyped set of that entire weekend. The two were wicked wild on stage, and held an energy and enthusiasm that was palpable. The entire audience was dancing for the whole set, not a single person could keep still during the pumped up songs, where you could feel the vibrations on your bones. It was easily the dopest and most fun rap show I will likely see in my entire life.

Lower Dens are an indie pop quartet from Baltimore, Maryland. With very psychedelic and experimental sounds, Lower Dens uses lots of synth and reverb to achieve their ambient vibe. I stumbled upon Lower Dens on the final day of FYF. Having an hour to kill before a set we wanted to see, and desperately wanting to beat the heat, a few friends and I wandered into the only indoor stage at the festival. Sitting on the upper levels of the Los Angeles Memorial Sports Arena at the LA Coliseum, we cooled off and enjoyed the captivating performance of disco balls, flashy lights, fog machines, and obviously, incredible music. This mind-boggling performance was the nicest surprise of the whole festival and Lower Dens is easily one of my new favorites.

So there you have it,  the tip-top, best performances from my summer. Give these artists a listen and I hope you become as hooked on them as I am!