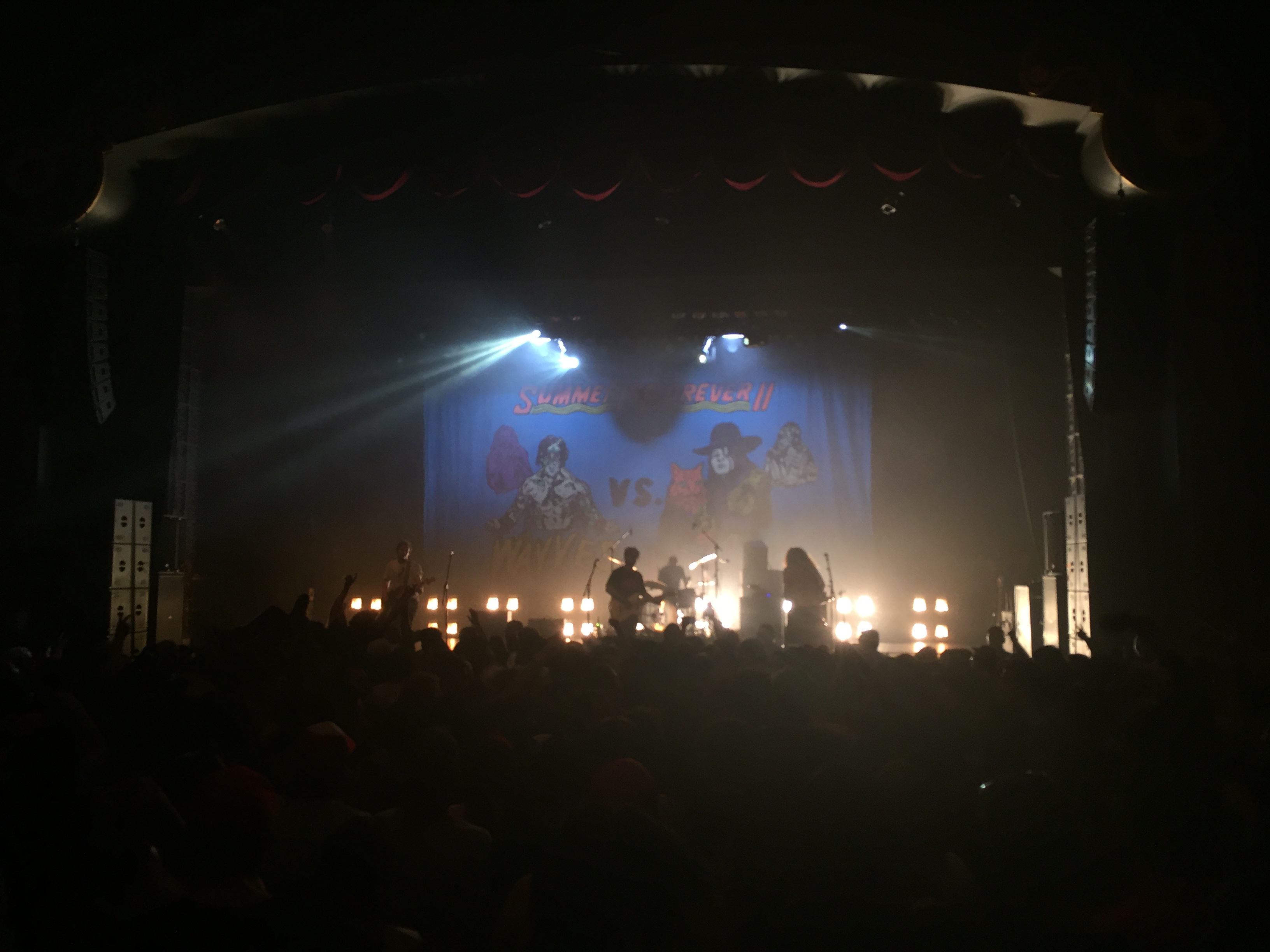 Hey Guys! So if you haven’t already heard, some of the KCR members travelled to the east coast for the 2016 IBS awards last weekend. Did you know that you’re now reading a blog off the winner of the IBS Best Station Blog!? How cool is that? I’d like to thank my Mom, my dogs, and KCR for not kicking this goofball off their site yet. Of course, I’m just a small piece of the puzzle, so way to go to ALL the bloggers here at KCR. In addition, KCR also won the IBS award for Best Online Station and the Abraham and Borst Award for Best Overall Station in the nation! It’s clearly been a big week over at our studio, and our team couldn’t be more stoked. But enough bragging, Let’s get to the music!

Last week I had the awesome opportunity to see the Summer is Forever Tour with some new friends of mine! Best Coast, Wavves, and Cherry Glazerr threw this groovy tour and let me tell you it was a blast. Beachy vibes and inflatable aliens (beach balls are SO last year), I couldn’t tell if I was at the North Park Observatory or  laying out on one of San Diego’s beautiful beaches.

Openers Cherry Glazerr are a noise pop L.A. trio formed in 2012. High schoolers at the time of their formation, the band’s demo tape caught the attention of Burger Records, an independent label out of Fullerton California. After playing Burgerama (Burger Record’s spring festival happening THIS WEEKEND) in 2013, Cherry Glazerr gained  much popularity, especially in Southern California. Having released two albums since, some of their most notable tracks are Teenage Girl, which showed on both their freshman and sophomore albums, and Had Ten Dollaz, a pop-laced punk shredder featured in Yves Saint Laurent’s Fall 2014 fashion show.

Co-headlining the tour, Best Coast is a poppy surf rock duo also stemming from L.A. After gaining much success from their Nylon Magazine feature in 2009. Having released some five albums and various LP’s and EP’s, some of Best Coast’s best work is Feeling Ok from their 2015 release California Nights. Another great track from Best Coast is Boyfriend off of Crazy For You. Best Coast embodies the California vibes that are drip-dried with sunshine. This is the band that you listen to with your windows down while you’re heading to the beach.

Closing out the show last weekend was none other than Wavves. A local legend and San Diego based band, Wavves is a skuzzy, distorted, surf punk quartet who usually sing about the beach, boredom, and bad habits. The garage based band have released five albums, all of which encompass the (yet again) beachy personification that this tour strived for. Recently releasing their fifth album in 2015, V, includes hit Way Too Much. Other Wavves tracks worth listening to include King of the Beach and Green Eyes.

Take a listen to these awesome artists below and make sure to blast them on your next trip to the beach! ❃