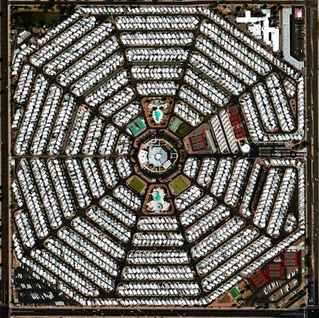 The long awaited new Modest Mouse album is here. It’s been around eight years since MM released We Were Dead Before the Ship Even Sank, and the anticipation for their latest LP has been building the entire time. The seemingly endless production of this album has worried some fans, with memories of how boring Guns N’ Roses’ Chinese Democracy was when it was finally released after a decade in development. Founding bassist Eric Judy quit the band during the recording, worrying fans even more. It was feared the mighty indie rock giant may not ever rise again.

Thankfully, Modest Mouse has silenced those fears. They released the album at long last, and fans of MM will certainly recognize the sound on this LP. Those twangy, haunting guitar riffs are still going strong. But at this point, they seem a lot more stale than they did back in 2004. I wouldn’t call the record bad, but I wouldn’t say it’s groundbreaking either. Lampshades on Fire could be easily mistaken for a B-side off of Good News For People Who Love Bad News, which is not an insult, but only an observation that MM’s sound hasn’t really progressed to anything new on this LP. If you’re a Modest Mouse fan, you will definitely like this record. They aren’t reinventing the wheel, but that same awesome sound they’ve always had is still here.