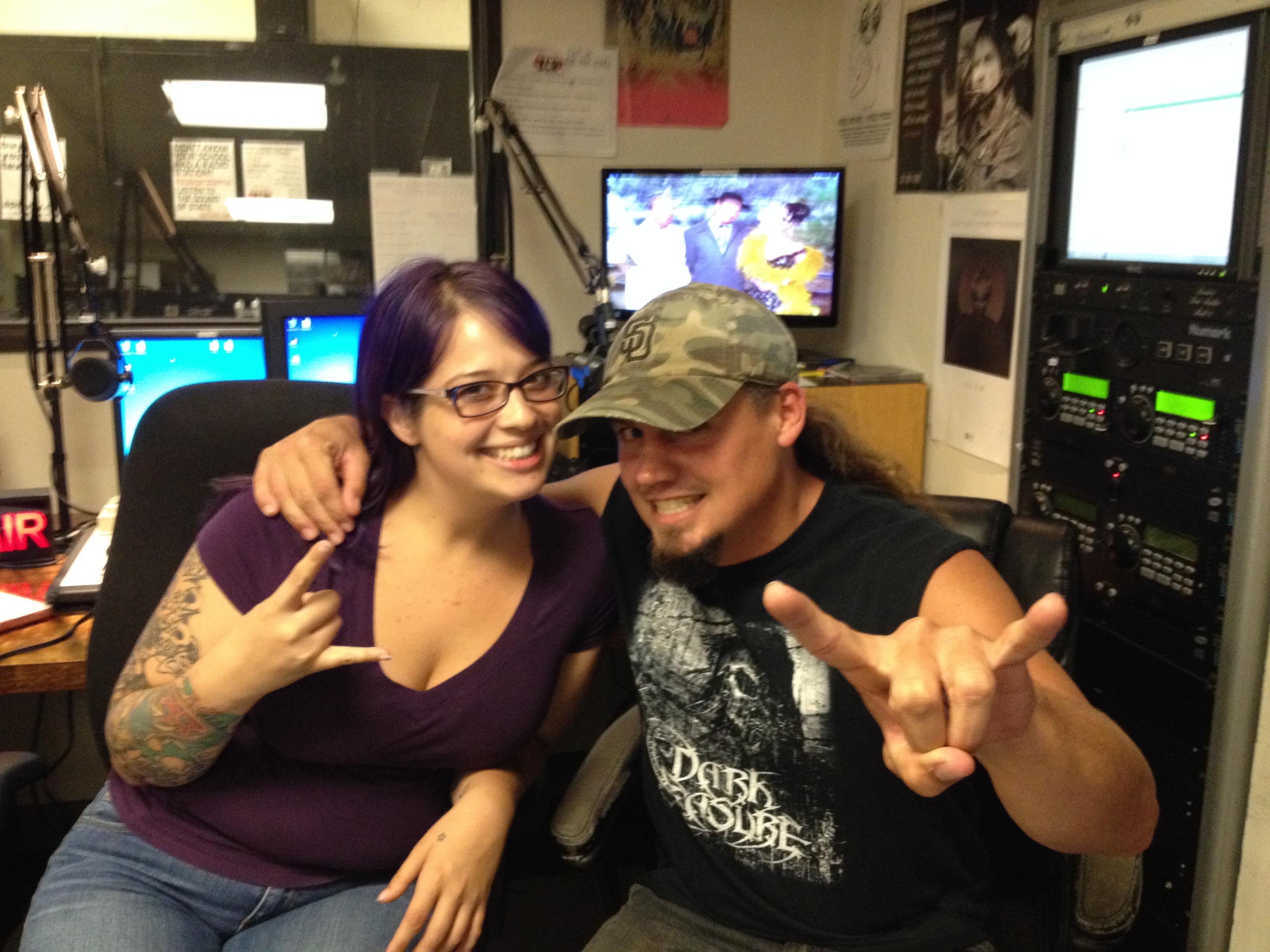 Last week on Local Bands Unleashed I had singer of Dark Measure Jason Lenhard guest co-host with me.  He came in to plug his upcoming show that was Saturday, November 1, and the release of Dark Measure’s new CD.  He also wanted to talk about some of his favorite San Diego local metal bands.  As I said before, I’ve gotten a ton of support and love from the local metal community so I wanted to be able to give back to them.

We kicked off the show by playing the three bands that would be playing with Dark Measure on that November 1st show.  The first was KLTR Kulteir with Carapace.  Kulteir is a thrash metal/melodic death metal band from Escondido.  The next band that was played was RAISE THE GUNS with Silence By Law.  They are thrash meets metal with musical influences of Metallica, Iron Maiden, and Slayer.  The last band to play on the November 1st show was Calamitous Intent with Demigod.  I’ve played Calamitous Intent on Local Bands Unleashed before.  They are a metal band out of Chula Vista.

For the rest of the show Jason showcased some of his favorite metal bands in San Diego including Symbolic Devil Be Me, Nukem WarWolf, Detonated King of Hell, Ruines Ov Abaddon Kill For Satan, Ashen Earth False Revelation, Mursic Shock The Monster, Unicorn Death The Hunter’s Howl, and Eukaryst Witch House.

A very special thanks to Jason for coming in and bestowing all his metal knowledge on me along with the listener.  To hear this entire show click here.

If you want your band played on Local Bands Unleashed please submit songs to localbandsunleashed@gmail.com and check out my Facebook page here.