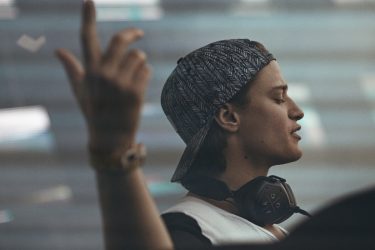 Fans of the Norwegian tropical house producer were expecting just a new single on Sept. 22nd. Kygo had something else in mind.

“Stargazing” was released as a five track EP, which consists of “Stargazing” (featuring Justin Jesso) and “This Town” (featuring Sasha Sloan), two new songs that Kygo has not released before.

In addition, “It Ain’t Me,” with Selena Gomez, “First Time,” with Ellie Goulding and “You’re the Best Thing About Me,” with U2 make up the other three songs that are featured in the EP. All three of them have been released as singles earlier in the year, and are familiar to most of us.

“Stargazing” remains closely tied to the producer’s tropical house sound. With Justin Jesso’s vocals complimenting the Kygo sound, the song becomes an emotional trip that can either be positive or negative, depending on personal interpretation.

The classic piano sound from Kygo’s past works is heard throughout the entire song, which becomes a contributing factor that helps create a happy, euphoric vibe.

The story Kygo envisions for the single “Stargazing” can be seen in the music video he released on Sept. 26. Like in some of his other music videos, a death is featured within the storytelling sequence.

In this case, “Stargazing” is about a boy whose dad passes away and tells him through a note he left behind to “find me in the stars.” Through the video, the lyrics obtain a concrete meaning, stirring up a combination of a sad, uplifting and happy feeling all at the same time.

Something different is felt in “This Town.” Kygo experiments away from his tropical house sound and creates a smooth, relaxing background that fits perfectly with Sasha Sloan’s vocals. This new atmosphere may be confusing to the listener at first, but after a couple of repeats, an embracing of wanderlust through sound starts to form. A music video hasn’t been released for this song, but one can probably guess what the topic will be, based on the lyrics.

“Stargazing” is a nice little surprise that contained some familiar works and some new works from Kygo. Without a doubt, the EP is a tease for what is yet to come, considering that there are songs Kygo played at Ultra and EDC Las Vegas this year that are still unreleased.