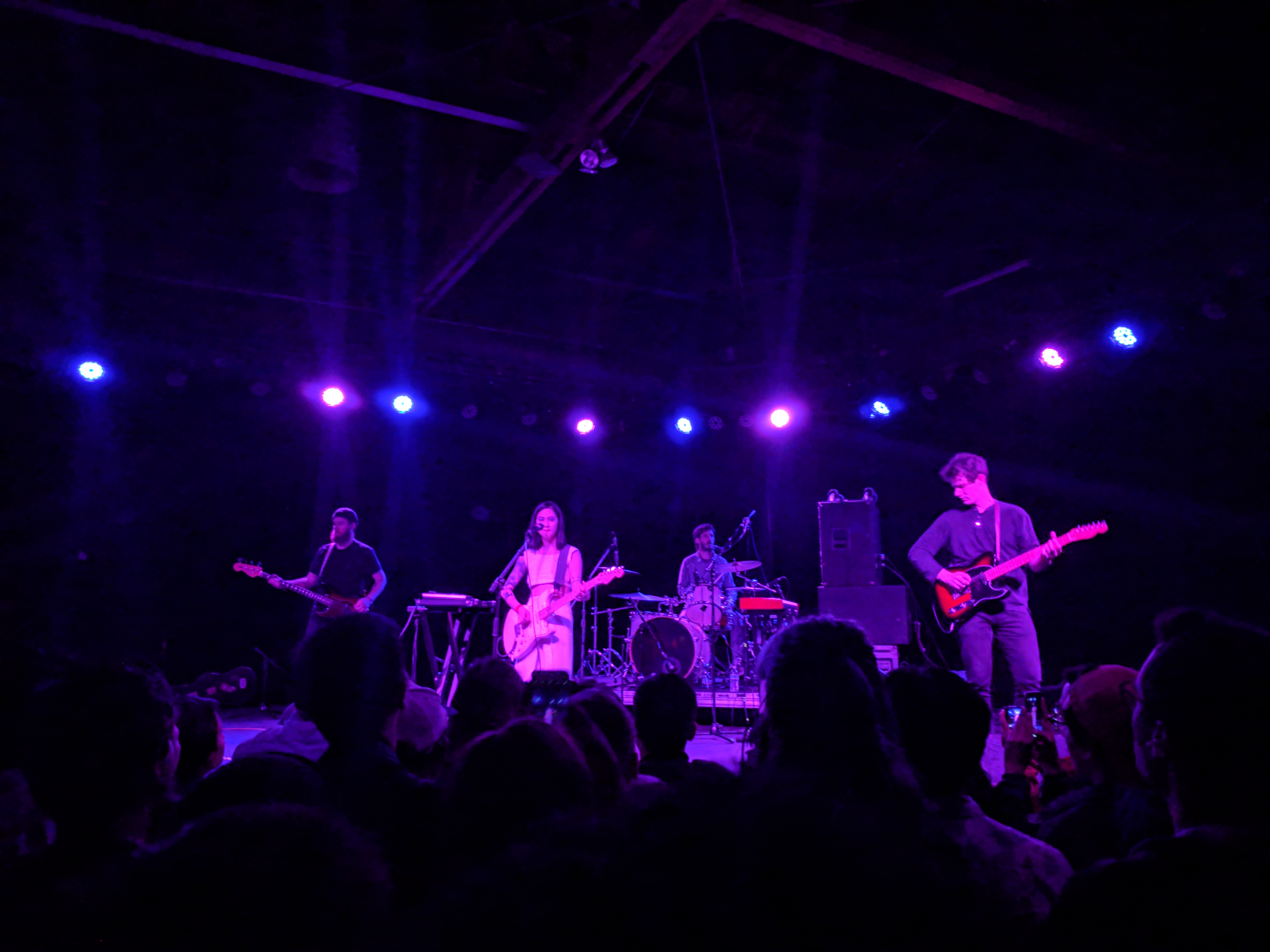 The last time I saw Japanese Breakfast was at the extremely small Che Cafe in La Jolla in 2016. Michelle Zauner and her then-recently formed outfit did soundcheck in front of the 30 person crowd before performing their three song set on a stage that was six inches off the ground. On Saturday, Feb. 24 I saw Japanese Breakfast at the final show of their West Coast tour with Jay Som and Hand Habits at the sold out Glass House in Pomona. Their newest album, “Soft Sounds From Another Planet,” just recently reached 10 million streams on Spotify. The night was full of fun with an all female-fronted line up.

Hand Habits, the pseudonym of singer songwriter Meg Duffy, opened the show with a short and intimate solo set. Decked out in a sweatshirt over a long floral skirt, she silenced the crowd with her soft lyrics and mellow guitar. She also repeatedly expressed how grateful she was to be on tour with not only Jay Som and Japanese Breakfast but also her friend Sasami Ashworth, who managed merch on the tour and previously played keys for the band Cherry Glazerr. Up next was the band Jay Som, the touring outlet for multi-instrumentalist Melina Duterte. I was pleasantly surprised to hear that the live versions of most of Jay Som’s songs were much more upbeat and groovy than the recorded ones. The crowd was really vibing along to the whole setlist, which was a mix of both new and old releases. A surprised Duterte even uttered, “Holy shit guys!”, when they enthusiastically yelled “The Bus Song’s” climatic lyrics “But I like the bus!” Duterte also expressed many times how fun the whole tour had been and how lucky she was to have been on it.

Finally Japanese Breakfast, a touring act for the solo work of Michelle Zauner, took to the stage. Although she only stands a few inches about five feet, she looked imposing in a set of white linen and light up sneakers. The band played many fan favorites from both their newest album and their first album, “Psychopomp,” with Zauner going from simply singing to playing guitar and working a midi launcher. Zauner jumped around stage when not playing guitar and when she did she was playing off her husband, Peter Bradley, who plays lead guitar in the outfit. At the start of the second half of the set, all members but the drummer, Craig Hendrix, left the stage. Hendrix took to the piano and the two sang a softer three song run before the other members returned. Zauner thanked everyone for coming to the show and also said how much she had loved being on tour. She also remarked how easy it was to get a response from the audience, saying “all you had to do was yell the name of the city you were in” before shouting out “POMONA!!” and getting a wonderful response. The band then launched into a perfect cover of The Cranberries’ “Dreams” before ending with their popular songs “Everybody Wants to Love You” and “Machinist.” Zauner stated the band wouldn’t do “that fake encore shit” and thanked everyone before walking off stage.

Japanese Breakfast will be playing at the Irenic in San Diego on April 20th.