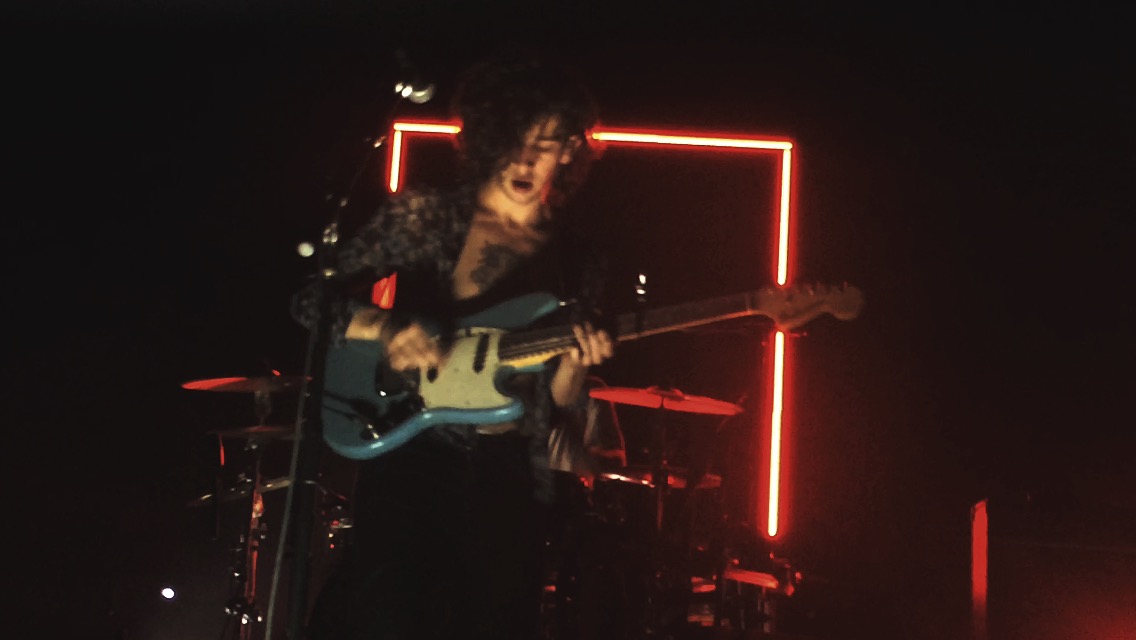 If you haven’t heard of The 1975, they’re a pop rock band from Manchester, England. The group consists of Matty Healy as the lead vocalist, Adam Hann on lead guitar, Ross MacDonald on bass, and George Daniel on drums. Their first album, “The 1975,” debuted in 2013. Their second album, “I Like It When You Sleep, for You Are So Beautiful yet So Unaware of It,” was released in 2016, and they’re still promoting it. Both albums topped the U.S. and U.K. Billboard 200, and this year they won the Brit Award for Best British Group.

The 1975 performed at the Cal Coast Credit Union Amphitheater, right on campus, last fall semester. Getting to see my favorite band live for the first time was one of the most incredible and memorable experiences of my freshman year here at SDSU. Their setlist had a mixture of songs from both of their albums. They played my favorite song from each album: “Girls,” from “The 1975,” and “Loving Someone,” from their most recent album. My favorite part about this concert (besides Matty’s English accent) was how simple it was – it was just about The 1975, their music and the people.

If you haven’t had the chance to go to the Cal Coast Credit Union Amphitheater, the smaller venue makes any performance more intimate, and any seat you’re assigned is a pretty good one! They’re coming back this month on Tuesday, April 25th, and I couldn’t pass up the opportunity to see them again. If you haven’t already, make sure you snag a ticket!

Currently a freshman at SDSU studying public relations. Find me wherever the tacos are.