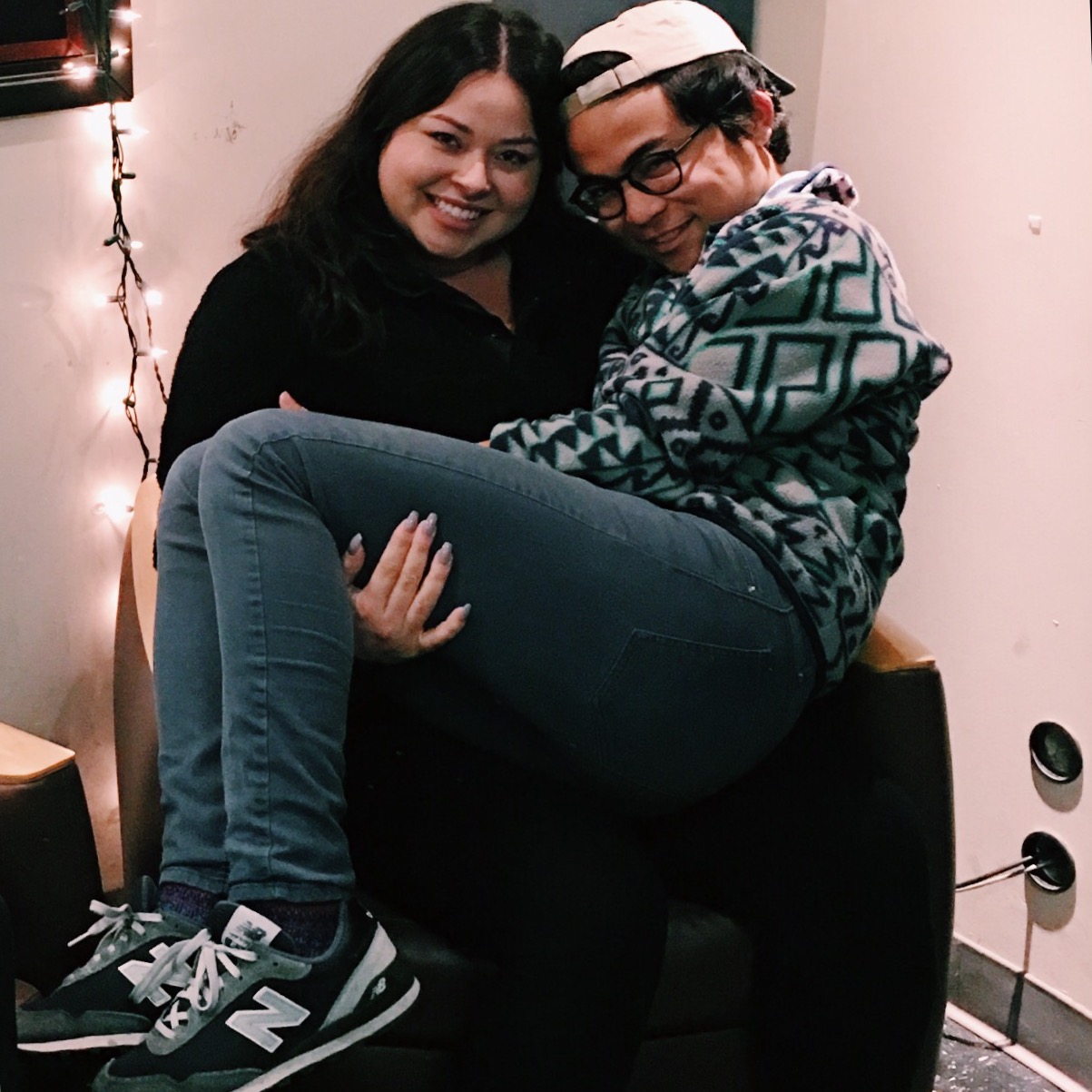 Some of the best entertainment can come from the most natural and off-the-cuff conversations and reactions. Tony Berteaux’s and Daisy Santana’s “22 and Not Pregnant” does just that every Thursday at 7 p.m. Both hosts were able to join me for another edition of Behind the Mic.

Tony created the show during his first semester at San Diego State nearly three and a half years ago. Daisy came on-board when the show was “18 and Not Pregnant,” and has been on air with each age iteration of the show since.

During the show’s early days, the two covered trending reality television including such shows as “Honey BooBoo.” According to Daisy, the show has since developed into a general coverage of pop culture and “hot topics — whats going on in the news, whats going on with celebrities.” The two added that their personal lives and stories reach the air too. Tony pointed out there are recurring characters that  have appeared on air and within stories including Teddy, Nick Santana and other friends of the hosts.

Daisy said every week’s show is different, with either a mix of pop culture talk and personal stories, or one dominating the showtime over the other. Listeners can expect the show to be completely improvised and natural. Tony pointed out that the “uncensored nature” of the show is what makes “22 and Not Pregnant” unique for listeners.

Food reviews are one of many featured segments that come on-air. Tony explained that he will buy something from the Aztec Market (not sponsored), eat it live on air and follow up with a review.

Online quizzes, such as the ones on BuzzFeed, are also featured on-air, with the two hosts completing them together.

Daisy told me the best part of hosting is, “bringing the creativity that’s in our minds and our personalities and putting that on-air.” Both hosts agreed their show is an hour to escape their lives and to let loose.

Improvisation rules are an element of the discussions on-air, according to Tony.

Despite the concentration on pop culture and their personal lives, the two do hold music breaks, usually with Tony’s picks. Indie and other “chill” music can be heard in between the hot topics. “22 and Not Pregnant” can be considered a legacy show at KCR.

As seniors, both Tony and Daisy have busy lives outside of KCR. Daisy is President of PSFA Civil Core, the official service and volunteer organization of the College of Professional Studies and Fine Arts. She also works alongside the communications director of PSFA to manage the college’s social media. Daisy works as a student assistant in the Dean’s Office in PSFA.

Tony is a Campus Editor for the Huffington Post. His writings focus on Asian-American representation and antisemitism. Tony also interns at the San Diego Union Tribune. He manages the public relations for SDSU’s chapter of Society of Professional Journalists. Both Daisy and Tony are majoring in journalism and media studies.

On an additional note, Tony let me know that he assisted in making current KCR General Manager, Matt Hoffman, who he is today. Years ago, Hoffman, who was not a KCR member at the time, approached Tony inquiring about the radio station.

Unfortunately, “22 and Not Pregnant” has run its course and will be retired this semester with Tony’s graduation in May. “It would not be the same without the person who created it,” said Daisy. Daisy will continue on KCR with a new show in the spring of 2018, after she returns from studying in Belgium.

Catch the remaining episodes of “22 and Not Pregnant” on KCR College Radio every Thursday from 7 p.m. to 8 p.m.