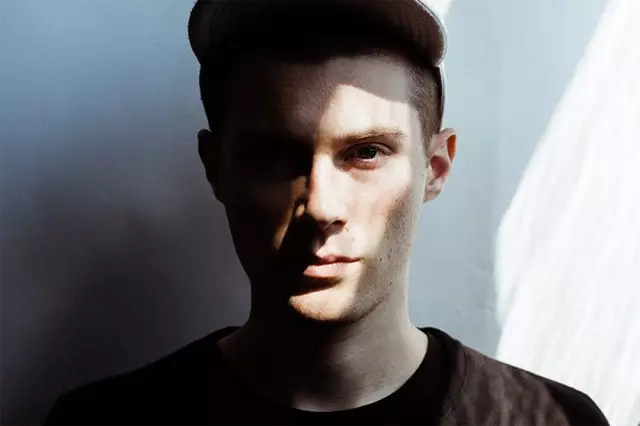 I got an amazing opportunity to chat with an artist I’ve been a fan of since my early high school years. His name is André Allen Anjos, and he is the face behind RAC. Currently on tour, RAC will be playing at the Observatory North Park in San Diego on November 22, 2015 alongside St. Lucia. Check out the interview below, and you’ll see just how chill and down-to-earth he is.

A: Hey Jasmine, how’s it going?
J: Hi Andre, it’s great! How are you?
A: I’m good, I’m good. We’re setting up here in Boston.
J: Sweet, so you’re in Boston right now?
A: Yeah, we’re setting up. We’re playing tonight at the Royale. It’s here in Boston, so we’re going through the whole process of loading in, setting it up, you know, it takes several hours.
J: Sounds busy, haha.
A: Nah, it’s all good, all good. We take it at a leisurely pace. *chuckles*

J: How long have you been making music?
A: Man, I think I’ve been making music since I was about maybe 13 years old? So, when I think I was maybe 10, I asked my parents for a fake guitar. It was like a guitar where you could just press buttons on it and it would play chords, basically like an easy way to play guitar. And it was like a toy. I asked my parents for a toy and my parents actually gave me a real guitar instead. And I was pissed, like, “What is this?” because I want the easy way out… Anyways, they got me the real thing and that got me started, and I kind of got really into it and at about 13, I started taking it a little more seriously. I was getting into Nirvana and stuff like that. Those are very accessible songs as a guitar player, so, yeah that’s the very beginning.

J: How did music influence your childhood?
A: It’s funny because even though I did take it seriously early on, I never really saw it as a career path until maybe I was going to college. It was always just this fun thing to do, and I grew up with this mentality that for musicians, it’s very difficult to make a living. So, I never really saw it as a practical thing. And part of that was just growing up in Portugal where it’s even more difficult to make a living as a musician and so I never really took it that seriously. When I was picking a school to go to, I think that was sort of a deciding factor. I was actually interested in design—industrial design and graphic design. So I was thinking of going that route—which my life would have turned out very differently—or to go to a music school, and I ended up going to music school. Not that the music school informs that, but that was sort of a deciding moment I guess, where I said,”Okay, I’m gonna pursue this for real,” much to my parents’ worry.

J: What was it like moving from Portugal to the United States?
A: Well, my mom’s American. I grew up in bible school so it was a very natural thing for me. I had actually lived in the U.S. before when I was a kid. I went to 3rdand 4th grade in the U.S. So I was pretty aware of American culture and the language, obviously, which helps a lot. You know, Portugal is not that vastly different than America in that way, but there’s still a little bit of culture shock. Mostly with the difference between the size of things, everything’s a little bigger in the U.S. I think anyone that goes to Europe can probably attest to that. So it was little things like that, nothing too drastic. It was a pretty easy transition. And with music I sort of adopted a certain DIY quality about doing everything myself, trying to take my career into my own hands I guess, and so I think that helped me out a lot when I first moved to the U.S.

J: Can you explain the meaning of the name RAC?
A: Yeah! Well, basically when I started it—it stands for Remix Artist Collectives—and that was the original idea that I had when I was in college. I wanted to create a collective of remixers that would essentially work for hire. We’d work with labels or artists, anybody that wanted a remix that we felt like it could be creatively interesting; it was sort of like a creative agency, almost like working behind the scenes. I never really intended for it to be like a front-facing-artist thing. And that was the beginning. That was what I envisioned at first. The reality was very different from that. I was doing pretty much all the remixes myself and it just never really took off in that way. I was doing a lot of remix work, but I was sort of making a name for myself as an artist in that way. It was becoming like a recognizable name. Especially when I later moved into original work, the name just kind of lost its meaning. So at this point, I see it as almost like a brand or a name that you attach to things. Hopefully, if they enjoy my remix work, they’d enjoy my original work and whatever else I decide to do. So it’s sort of like an umbrella for me to make music under.
J: It’s nice how that worked out!
A: Yeah, it never worked out how I wanted it. I’m just kind of going with it now.

J: How would you describe your music to those who haven’t listened to you yet?
A: Well, let me put it this way. When people ask me, I just say it’s electronic music. But when I really think about what it is…to me, it’s pop music. And that’s what I’m kind of trying to do. I use a lot of electronic sounds, and I use a lot of more traditional sounds too. So to me, it feels like I’m trying to write catchy music and poppy music that is enjoyable but also has substance. I’m trying to make functional art I guess, or practical art. Somewhere in the middle where I can reach a vast amount of people but also fulfill that creative need that I have.

J: Is there something you have to do or say to prepare yourself before a show?
A: Not really… I’ve kind of been doing this for a while, and a lot of people do have routines. For me, I just chill out for an hour. About 10 minutes before we go on, I just go and hang out by the stage, just kinda hang out by myself, kinda regain my thoughts, stuff like that. There’s not really any kind of special process or anything like that. It’s kinda, sit there and relax for a second, and get ready to jump around for an hour, I guess.

J: What are you looking forward to in the future of your career?
A: I guess just to try new things. It’s been kind of a theme from the very beginning. As I mentioned, I had a grand idea of what it would become and it never became that. So the things that have worked out in my life are things where I go with the flow and try new challenges and try to stretch myself as a musician. Whether that’s remixes or lately it’s been trying film, or TV, or I just did a video game soundtrack, too. So it’s stuff like that, projects that are interesting to me that are out of the norm, anything to keep it interesting, whether that’s like a genre of music or…just something. I basically want to keep doing this as long as I possibly can, and I think a big part of doing it long-term is not get burnt out. So that’s sort of my way of not getting burnt out, it’s just by trying new things and keeping it interesting.
J: That sounds like a good strategy!
A: Yeah! I mean, it’s worked so far. We’ll see.

J: And last but not least, if you were stranded alone on a deserted island, what are three things you’d want to have with you?
A: Oooh, hahaha.
J: It’s tough, so take your time.
A: Probably a guitar for sure. It’s one of those things that I’ve had to sort of force myself to just sit down with a guitar and just play music, for fun. You know, what an idea, to play music for fun. But for me, because it’s my job, sometimes I feel this immense pressure that any time I’m working on music, it has to be for work. And sometimes I have to remind myself to just enjoy myself and to play music without any project in mind, and just do it for fun. So definitely if I was stranded on an island, I would want that escape. Hmm, although I’d probably break some strings and then I’d be kind of screwed but, hypothetical anyway. Let’s see, other two things… I think the core of that question is what you value in life. So the other things are friends, obviously. I’m kind of answering your question in a broader way, but friends are something that I definitely value more and more. Especially helps with staying alive and it’s basically just hanging out with your friends for a month in a semi-stressful situation. Oh, I also just got kittens so I want them to hang out with, too.