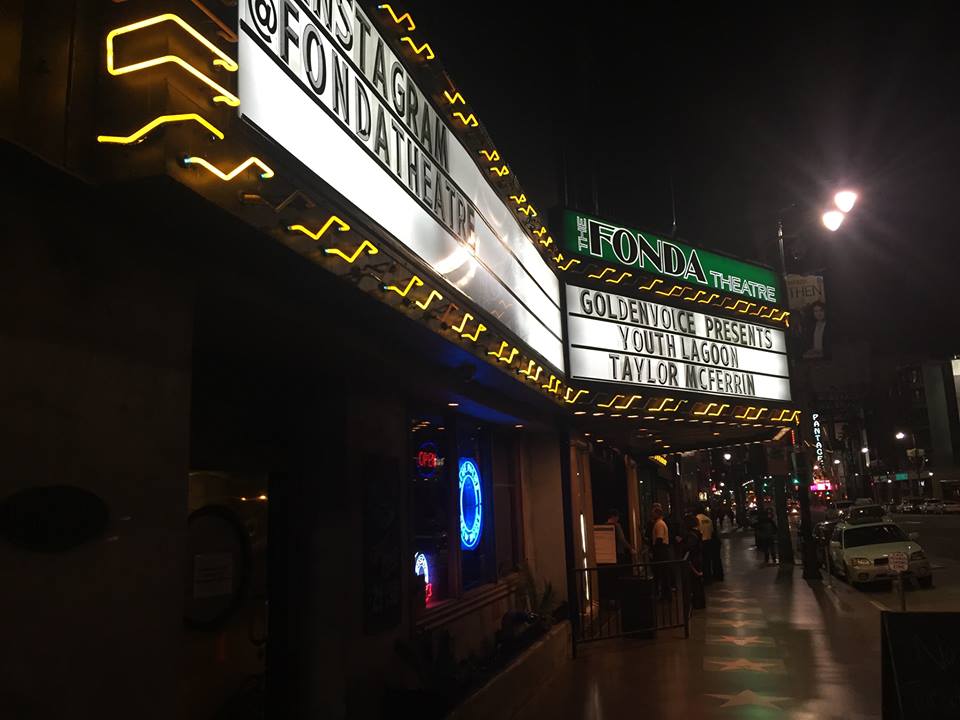 What is up on this beautiful Saturday evening. It’s nice being young and a college student, you know we won’t always have our youth. So tonight I’ve got a band that’ll help you remember that; Youth Lagoon.

Youth Lagoon is the stage name for San Diego (!!!) born artist Trevor Powers. Active since 2010, Youth Lagoon combines Americana and experimental sounds to create a hypnotic and atmospheric vibe. Most recently releasing a new album in late September, Savage Hills Ballroom is a much more introspective album and celebrates tones of self discovery and the adulthood that Powers has found since his release of Wondrous Bughouse in early 2013.

Personal favorites off the newest album include The Knower and Highway Patrol Stun Gun, both of which were pre-released singles. The piercing clarity of Power’s new album strays from his previously bedroom ambient sound. In particular, The Knower, and a few other tracks, addresses broader societal issues with his scrutiny towards the obsessive habits geared around social media and the dependence that our society has on it. His voice being a curious jewel, homey yet stylized, Powers impishly warbles melodies that possess you uniquely, just like the music of Youth Lagoon.

Youth Lagoon is currently on tour and came through Southern California just this last week, playing at The Belly Up Tavern last Saturday. Since that is a 21+ venue and ya girl is 4 months shy of legal age ( 🙁 ), I travelled to L.A. to see them play at the Fonda Theatre on Hollywood Blvd. Youth Lagoon was strikingly captivating, a lively performance to say the least and Powers is quite the performer. Throughout the set, when an instrumental would take place, Powers tended to, for lack of a better term, take laps around the stage, running and dancing and flailing his limbs. He was truly full of life and such a fun performer to watch. Musically, the sound of Youth Lagoon live was impeccable and very on point, hitting every note and key to the T. It being the first time I saw Youth Lagoon, I was very excited to be able to cross another off of the never ending list of concerts I need to attend.

Take a listen to Youth Lagoon below and have a lovely and safe Saturday evening friends.