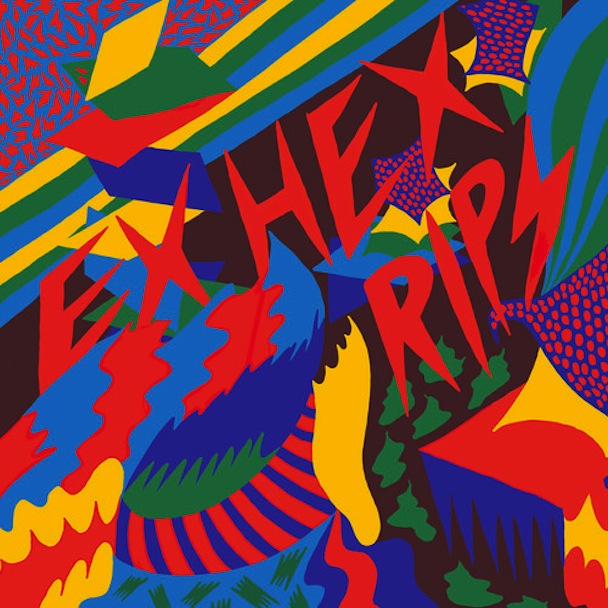 Last year, when Haim’s Days Are Gone was released, some in the indie blogosphere were disdainful. “This sounds like Wilson Phillips” and “What is this, 1985?” they scoffed. The album has been a great success, despite the naysayers. Why did they make such a big splash? Because no one was making albums like that! No one sounds like Wilson Phillips anymore, so by consciously going back to that sound, they took advantage of an untapped market.

Ex Hex uses the same mentality on their album Rips. It is an unabashed power-pop radio album. Nobody (at least nobody with “indie cred”) is making power pop today, so Ex Hex has in effect made themselves the Queens of Power Pop (sorry Joan Jett). You could imagine these guys touring with Cheap Trick on the state fair circuit. Quite simply, this album kicks butt. The music flows steadily, with a driving, post-punk bassline and hooky guitar. The guitar solos are plentiful, with the band thumbing their nose at the Ramones ideology of “no solos” that’s so prevalent in the indie/punk scene. Lead singer Mary Timony sounds a heckuva lot like Carrie Brownstein from Wild Flag. I know it is really passe to compare girl singers to her (along with Kathleen Hanna), but Timony used to be in Wild Flag, so I can get away with the comparison this time!

I highly recommend this album for high schoolers doing doughnuts with the windows rolled down in empty parking lots, right before they put on the Dazed and Confused soundtrack. The lyrics to this album are mostly about boyfriend troubles, adding to the teenage appeal!