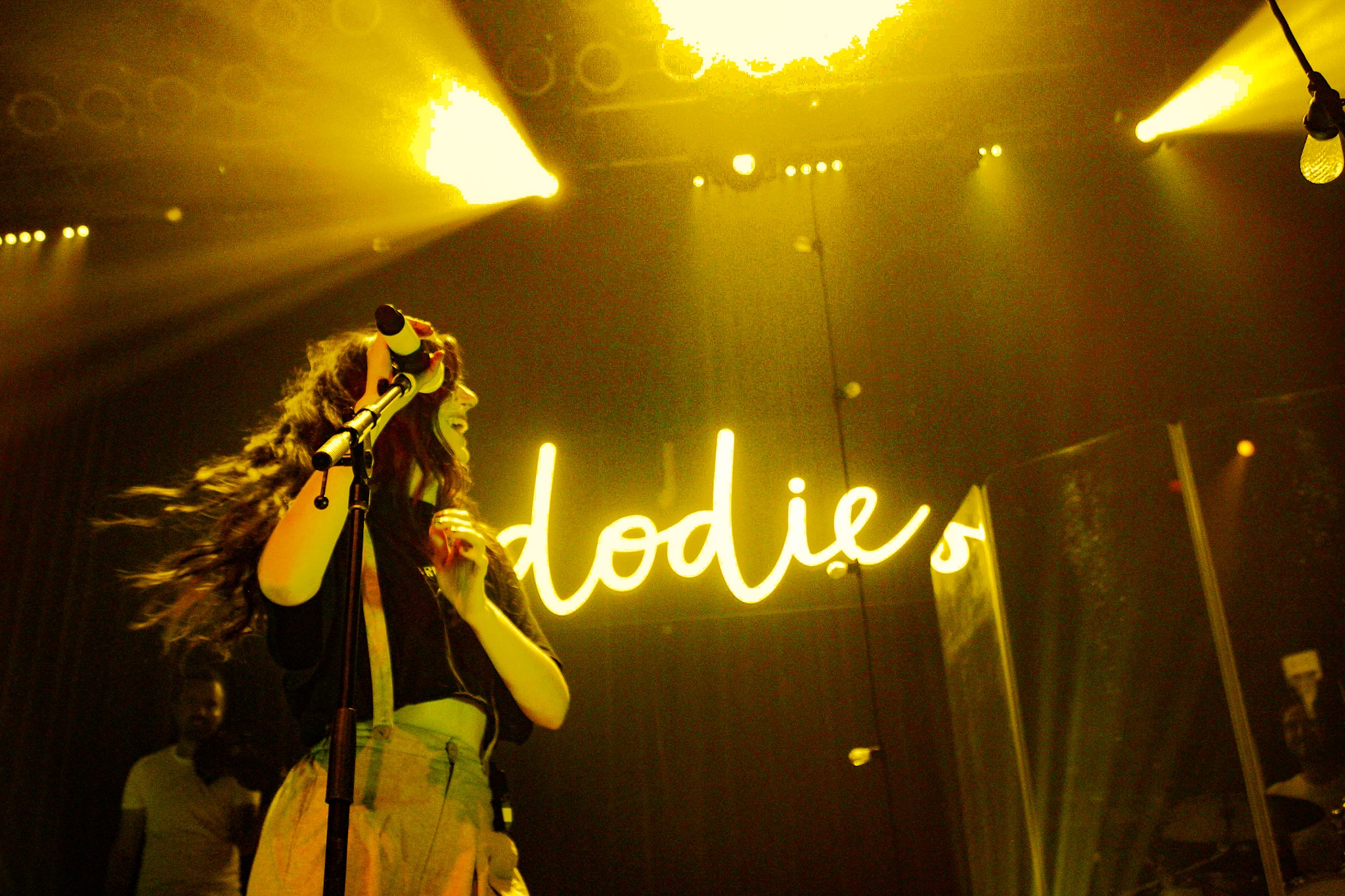 On October 9, 2019, English singer-songwriter Dodie brought her fairy-like presence to the House of Blues for her “Human” tour.

Better known to some as “doddleoddle,” Dodie began on YouTube posting original songs and covers, mainly with her ukulele, or her “extra limb.” I have been watching her since about 2012 or 2013, and she has been one of my main and longest inspirations when it comes to music and songwriting. It has truly been an honor to be able to watch her grow and grow alongside her, and finally, see her perform in concert.

Dodie started out her set upstage with beautifully hopeful “Arms Unfolding” going into “Monster” as she finally ran to the front. I wish I could describe the happiness that the fans at the barricade radiated as Dodie came closer. I could feel that this moment was important for them, too, which made the show even more enjoyable.

Dodie has a certain aura to her that beckons you to pay attention, while still staying soft and effervescent.

“Sick of Losing Soulmates” and “She” are some of her slower songs, and I think they pack the most punch. In these two she tells very personal stories through her lyrics, wrapped up in melodic guitar plucking, that leave you in somewhat of a trance. Especially if you can relate to them, these songs will most certainly strike a chord in you, while maintaining a sense of airy beauty while you listen. They can serve as sometimes painful reminders that we are indeed “human” and have to deal with losing people in different ways, and possible struggles with sexuality; but just like “She” says, it can feel “oddly good to hurt.” Having Dodie performing them herself in front of me added another level of ‘personal’ that I never thought could be unlocked; because of that, I’d say these two songs were my highlight of the night.

Another highlight was the lighting.

I’m always one to appreciate more than just the performance itself, and Dodie’s show definitely did not disappoint. I loved the string lights that decorated the stage, the neon “dodie” sign in the back, the rainbow lighting, and how the spotlights changed to focus on which musician had a special part (cello, violin, etc.). That being said, every member of her live band was amazing as well and each felt important, especially when they came to the front for their solos. Dodie was accompanied by guitarist (and another one of my favorite singer-songwriters) Orla Gartland, bassist Pete Daynes, drummer Ross Craib, cellist Sophie English, and violinist Will Harvey.