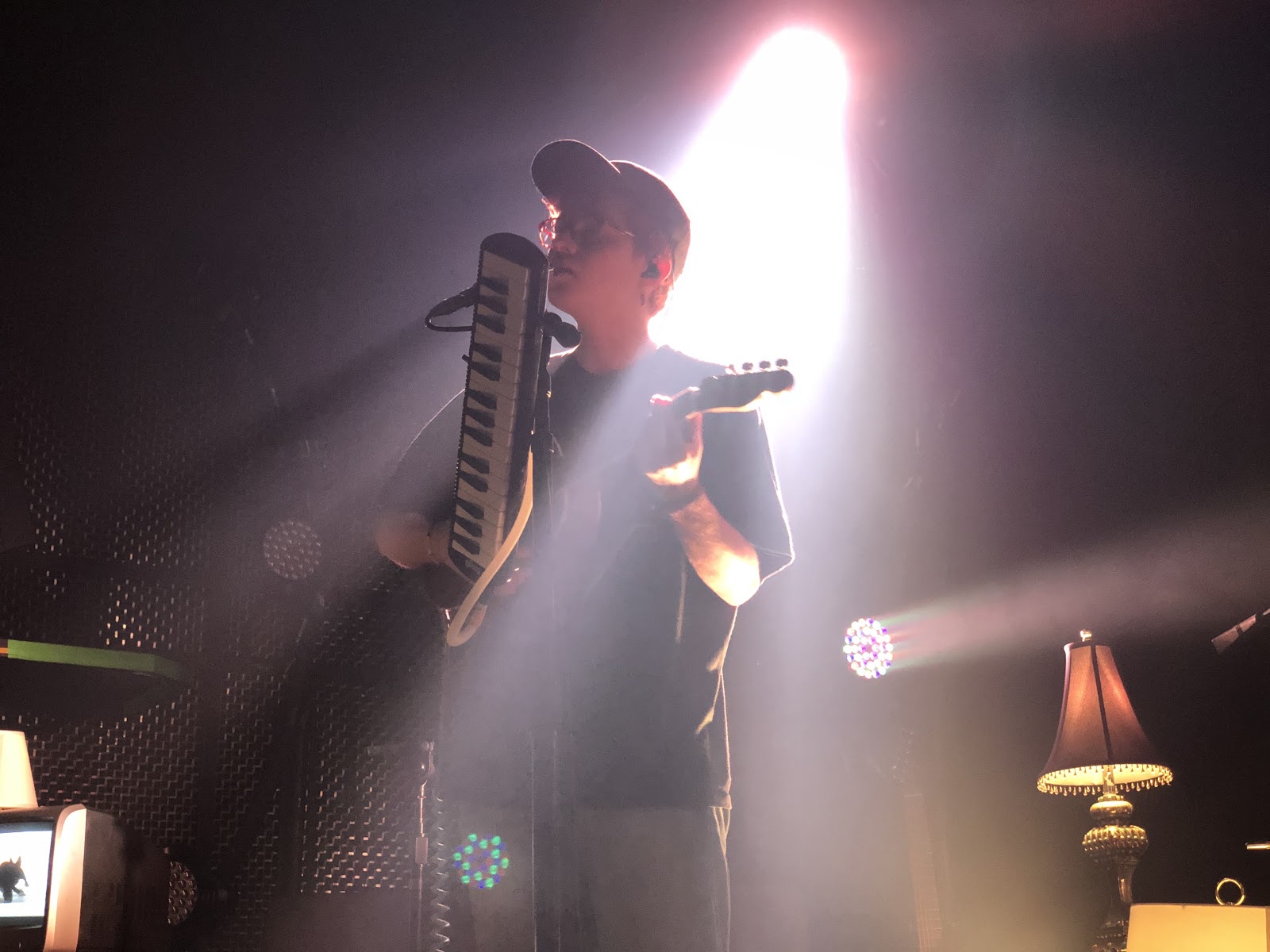 Robin Skinner, better known as Cavetown, released his breakout album, Lemon Boy, in 2018. On Tuesday, October 22, he played an emotionally evocative set at the Music Box.

Opening with “Hug All Ur Friends,” Cavetown exhibited a playfully nervous demeanor, similar to what is exhibited on his YouTube channel and across his collection of music videos. His passionate fanbase eats it up. Between each song, people exclaimed their love and admiration for the singer, with some even proclaiming, “You’re precious!” His response to this remark was simply, “Thanks friends!”. Friends is an accurate attribution to this devoted group of fans. The energy of the show was intimate but still larger than life.

Videos of Skinner’s hairless cat, Fig, looped on the television screen to his right for the duration of his show, which he endearingly explained early in the set. Not to mention, the bumper music played between the opening and headlining sets was entirely from Spongebob Squarepants.

I found that the concert brought out an innate sense of nostalgia within me. Cavetown’s music has always held a special place in my heart, as it details the struggles of introversion in a whimsical, digestible manner. At the midpoint of the set, the audience was treated to Skinner’s most popular track, “This Is Home.” The live version of the song well exercises live instrumentation, without relying much (if at all) on the prerecorded track. As someone with a special connection to the song, I can surely say that the image of flashlights in the air as the words “I’ll cut my hair to make you stare” filled the room is not one that I will soon forget.

San Diego was lucky enough to be treated to some unreleased music as well! “Things That Make It Warm,” which may be available by the time this post goes live, is a warm, acoustic song that Skinner described as being “about some birds building a nest together.” It is yet another instance of the singer’s deceptive songwriting, having a message far deeper than its “manifest content” if you will.

After closing his set with “Boys Will Be Bugs,” Cavetown was cheered back to the stage, playing “Fool” as his encore. With live drums and an electrifying guitar solo, the song was a satisfying conclusion to a fantastic experience. If the chance presents itself, be sure to catch Cavetown on tour in the coming months.