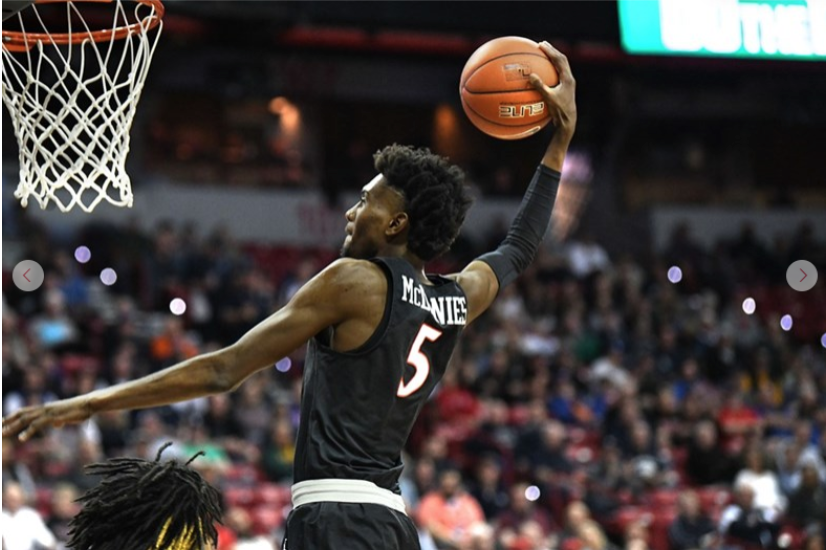 Here on this sports blog, you will see articles from different sports at different levels throughout the summer. I have a wide range of sports knowledge from our sports here at SDSU to the pros.

Summer 2019 at San Diego State is in full swing. I hope all of you had a great Memorial Day weekend. There will be at least one blog per week that could discuss SDSU’s Men’s basketball team to even the San Diego Padres.

Some topics include NBA Free Agency: Who will leave the Golden State Warriors? In addition, I may analyze the NBA Awards and the rest of the playoffs. Will the Warriors be the first team since the Lakers to three-peat?

In addition to the playoffs and the awards, the NBA Draft has developed major storylines. Everyone knows about Duke’s Zion Williamson and Marquette’s Ja Morant, but there is also San Diego State’s Jalen McDaniels looking to hear his name be called in the draft.

Besides basketball, some Major League Baseball blogs might be seen here, especially with the San Diego Padres playing .500 baseball right now. In their 50th Anniversary since the first MLB Padres’ team was assembled in 1969 (hey, that’s when KCR began at SDSU), a lot has happened. You could also see some blogs on the Padres’ history as well.

July is filled with big things for baseball such as the 2019 All-Star Game in Cleveland, hosted by the Indians. At the end of month, it is the MLB Trade Deadline. Who will go and help that team make a playoff push into October? Which team will decide 2019 is the year to rebuild by trading some their biggest stars, similar to what the Baltimore Orioles did last year by trading Manny Machado and Jonathan Schoop?

As the calendar turns to fall, our SDSU Football team will be getting ready for the 2019 season. They have some big opponents coming to SDSU, including the rivalry game against Fresno State here at SDCCU Stadium on national television.

Speaking of the stadium, Measure G was passed last November, which means SDSU will have a new home for Aztec football. Stay here for updates on the new stadium and what is next to come from SDSU Athletic Director, John David Wicker.

Last but not least, golf could make an appearance. Former Aztec and San Diego-product Xander Schauffele is playing on the PGA Tour and will compete in tournaments this summer.

All of that and more so stay tuned!