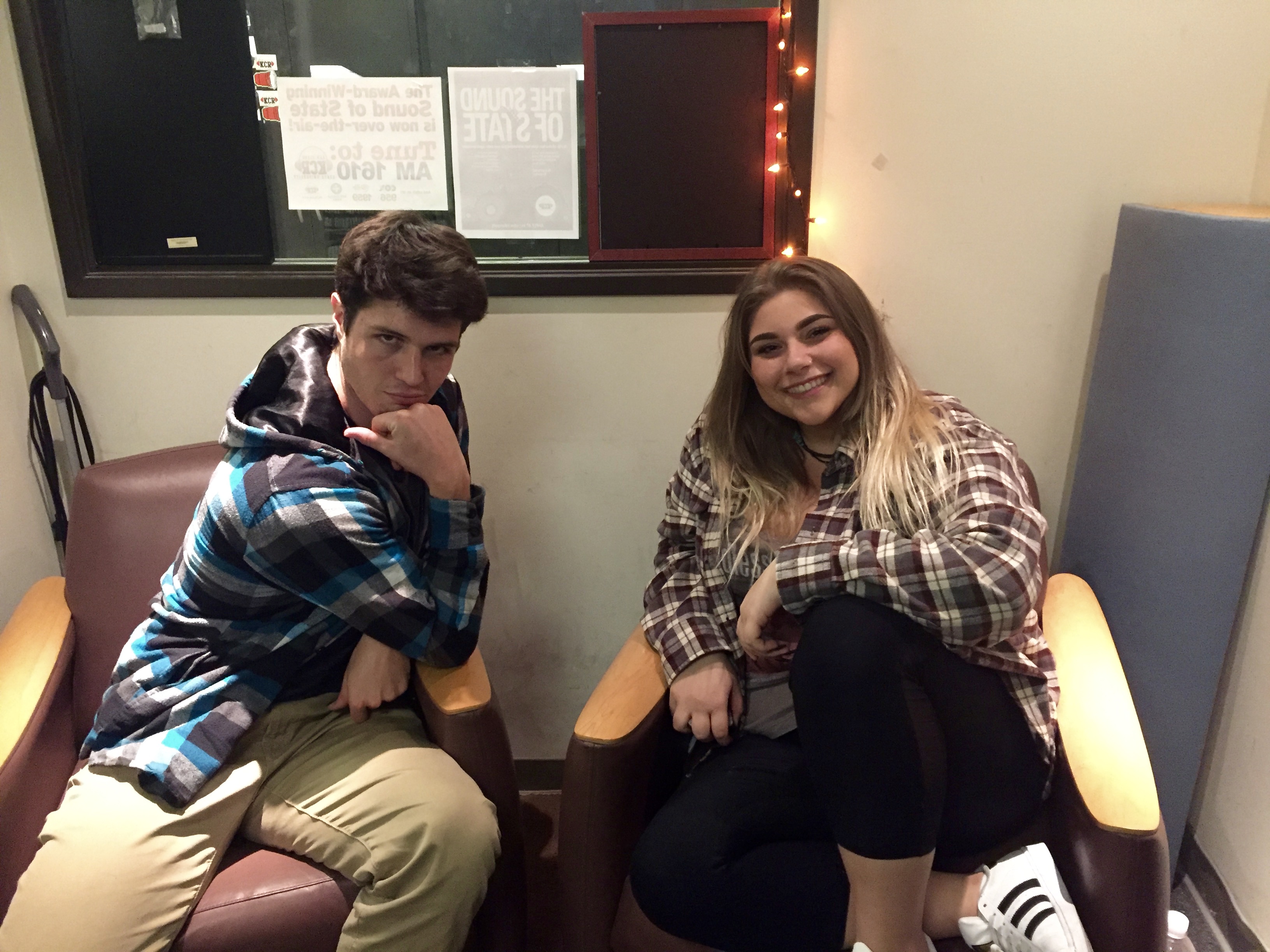 The on-air personalities of show hosts can keep listeners tuned in week after week. Jack Sellas and Tessa LaMunyon bring their personalities to the masses with “Midweek Mashup,” every Wednesday from 8 to 9 p.m. Curious to see who the duo really was, I invited them to be interviewed for Behind The Mic.

Jack and Tessa, both second-year students at SDSU, come together for an “off the cusp” show that incorporates a wide variety of music. Jack told me, “we tap into our personal lives,” and Tessa mentioned, “if we have something to say, we’ll say it.” Their personalities are dynamic together, probably because they’ve known each other for 16 years; Jack told me that they went to kindergarten together.

Jack and Tessa improvise most of their show; nothing about it is planned. This only aids to the originality of their program.

In terms of ideas for their “hump day” hour, Jack and Tessa hope to incorporate more genres of music. Tessa mentioned that the show originally started off with a lot of punk and alternative rock. However, as recent as last semester, the two have begun playing EDM, indie rock and classic rock, and hope to continue blending genres. As a duo, Jack and Tessa bounce new finds off each other before adding the music to their playlists.

When I asked the hosts what their favorite part of having a show was, Jack brought up the experience he gains from the studio. He said he enjoys radio as a platform, and likes to analyze his previous on-air performances, including “the structure, time, the fluency.” Tessa told me that she enjoys having an hour to hangout, let loose and play music: all of which are elements of a good time.

Besides being a host, Tessa is involved with Aztec Music Group, the on-campus group bridging business and music. She told me that being a tour manager is one of her hopes for the future. Tessa is majoring in communications.

Jack, a marketing major, mentioned that he recently picked up an internship with KFM-BFM 100.7, where he is involved with the station’s promotions and events similar to KCR’s Music on the Mesa. Jack is also the Production Director for KCR, and helps members mix and edit audio clips.

Interested in seeing what the two bring to the airwaves? Tune into the “Midweek Mashup” every Wednesday night at 8 p.m.

Featured Image: Jack Sellas and Tessa LaMunyon combine their personalities on-air for an hour of originality. Photo by Sumner Shorey.