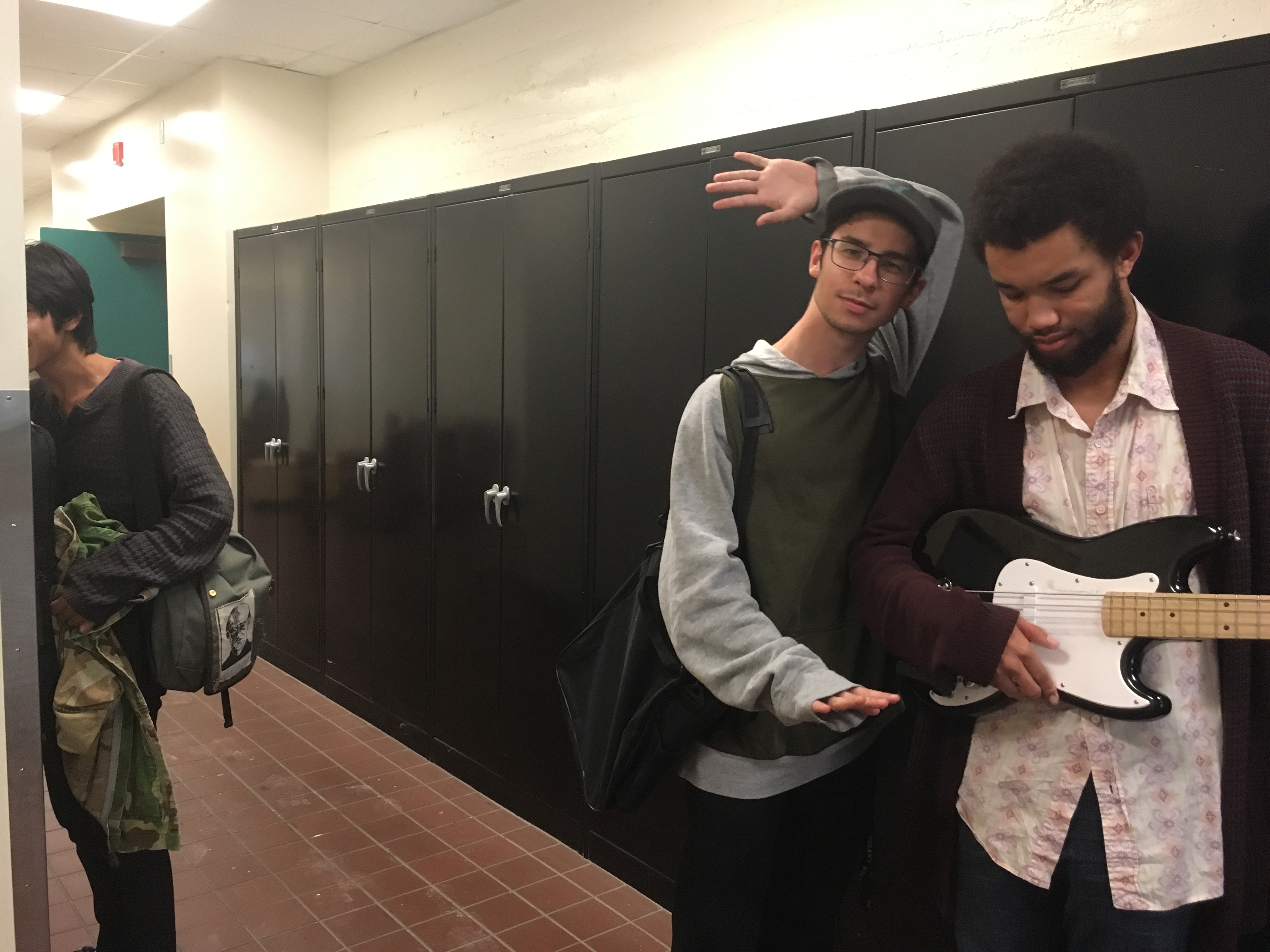 This week, I interviewed Ahmad Dixon, Peter Swan and Joseph Hoang about their show, “The Diner is Always Open,” for another Behind the Mic. They asked if they could each be interviewed separately. Of course, I obliged.

The first person I talked to was Ahmad. He is a second year history major. While Peter and Joseph sat on top of a dumpster, Ahmad gave a detailed explanation of what he thought their show was about.

He said their show is, “An eclectic mix of comedy and surrealist diatribes about nothing in particular. It’s a show about nothing, like Seinfeld except, not as well put together as Seinfeld. It is like public broadcasting at its finest because it’s very amateur and it doesn’t take itself very seriously. It also changes from week to week because it has no plan.”

Their most recent show was themed. They were broadcasting from the Soviet Union into a gulag. They talked about “Twin Peaks” (the movie), and the David Lynch song and “The David Lynch Show.” And at the end of the hour, they did an improvised song.

Ahmad said that he named the show “The Diner is Always Open” because a diner is always open, it’s comfy and anyone is invited. He said that being in a diner is an experience because there is always a lot going on, and that’s what he wants his show to be. Since he was a little kid, Ahmad wanted to do college radio. Now, he has been in KCR for a year.

Next, I interviewed Peter, who is majoring in English and is also a second year. When describing what he thought their show was about, he said that there is not much continuity from week to week. He explained that the show is basically them improvising everything, trying to bounce off each other, and just having fun with whatever they do.

After that, Peter described his favorite things that they have done on the show. The first thing he mentioned was that they always bring former KCR General Manager, Matt Hoffman, into everything they talked about. However, his absolute favorite thing they’ve done is make covers of songs at the end of the show. The first year, he said they covered Taylor Swift songs, and now they cover Lorde. He explained that the covers of the songs are not really any of the artists’ songs. It’s really just the three hosts making random music and making up a song as they go.

The last person I talked to was Joseph. He is a fourth year, majoring in history. When I asked him what their show was about, he said, “It’s about the music, yet we slowly have not played music in the past few weeks.”

I also asked him about the name of their show, to which Joseph answered, “I think Ahmad came up with it, but I don’t know what they said.”

His favorite thing that they have done was doing a whole show on reading the old comments on the CDs in the studio. He explained that some CDs in the studio have comments on tracks that people recommend listening to. However, others had comments that were funny to read on the show. He also mentioned that they always talk about Matt Hoffman because they love him. And, that Thomas Torres is frequently on their show because he gets them.

Joseph told me that he’s heard from a lot of people that he is the Ringo Star of the group, not the best out of the three but the most lovable one. Outside of KCR, he records music on his Tascam Analog Set Recorder and is in a band.

If you want to check out their show, tune into “The Diner is Always Open,” every Wednesday at 2 p.m.