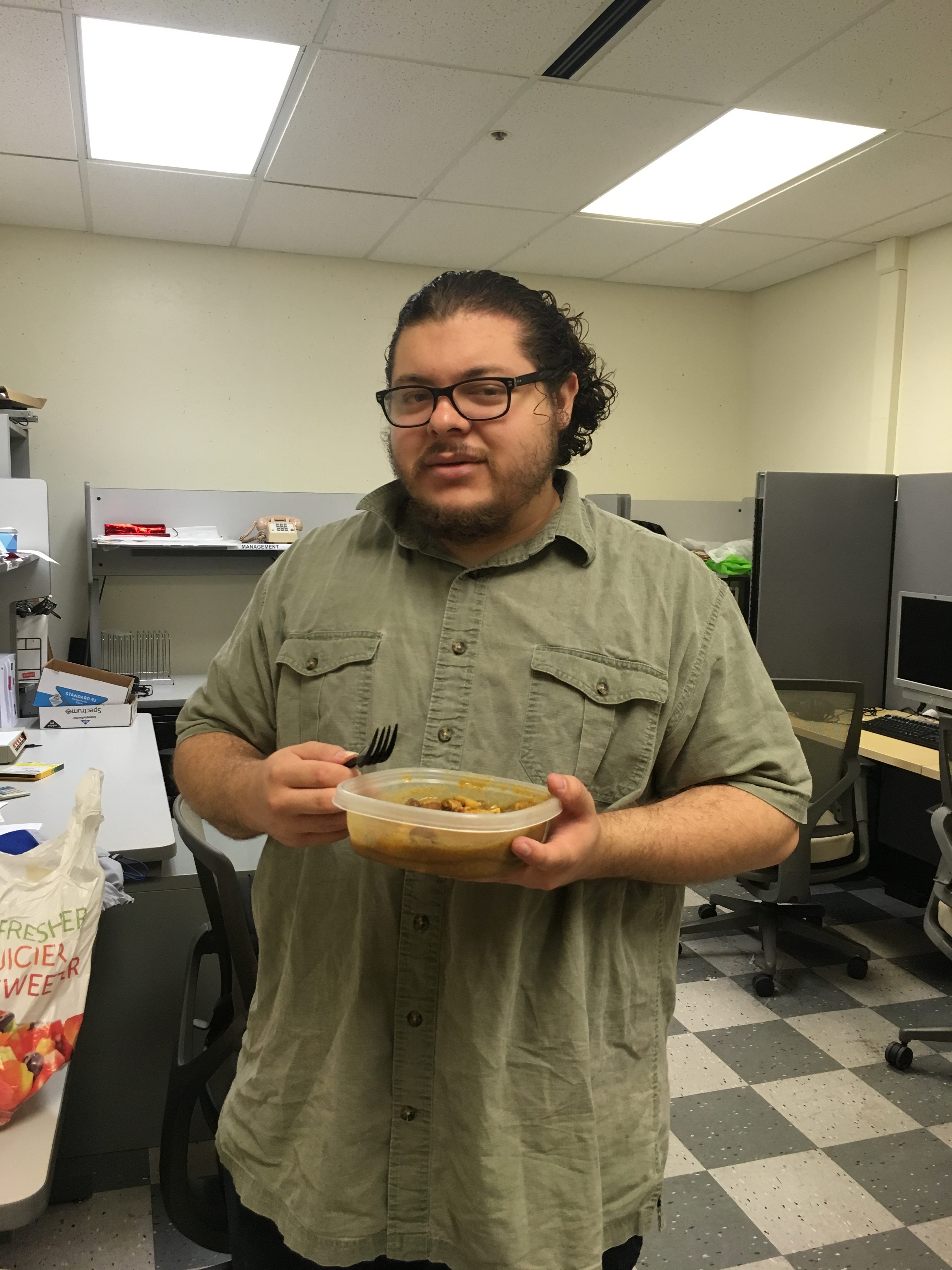 Thomas Torres is a senior majoring in music composition. He has been in KCR for four years, and describes his show as lighthearted and a good time waster. Inspired by Reggie Watts, he tries to keep the show as “wacky as possible,” by playing music, talking and DJing.

While talking to Thomas, he described the two types of shows he has. The first, is a regular music show in which he plays any type of music and talks about anything. During this type of show, he invites guests to chime in on various topics. Some guests that have appeared on the show are Ahmad Dixon and Brian DeVera, both KCR members. The other type of show he hosts in his time slot is a DJ show. During this show type, Thomas is mainly DJing and giving shout outs. He explained that he likes to change it up approximately every two weeks, in order to keep the show fresh and interesting.

As opposed to many other KCR members, Thomas explains that there really is no format for his show. The most organization there is is changing between a music show and a DJ show every few weeks. Apart from that, he explained that having a format to follow would make him feel too restrained. This way, he still has the liberty to take his show anywhere he wants while being wacky and fun.

Thomas also talked about the name of his show and the original idea of what his show was going to be when he first joined KCR. Four years ago, Thomas and his first cohost had the idea of having a sketch comedy show. The show would be about someone taking over the radio station. With that idea in mind, they came up with the name, “Super Radio Hijack.” Although the idea of a sci-fi comedy sketch show did not stick, the name did, and Thomas has kept the it ever since.

Apart from “Super Radio Hijack,” Thomas is also the KCR engineer, is on management and works on the KCR zine, The Sound. He also DJs, makes music, paints, draws, writes and works as the audio visual technician at the Aztec Student Union.