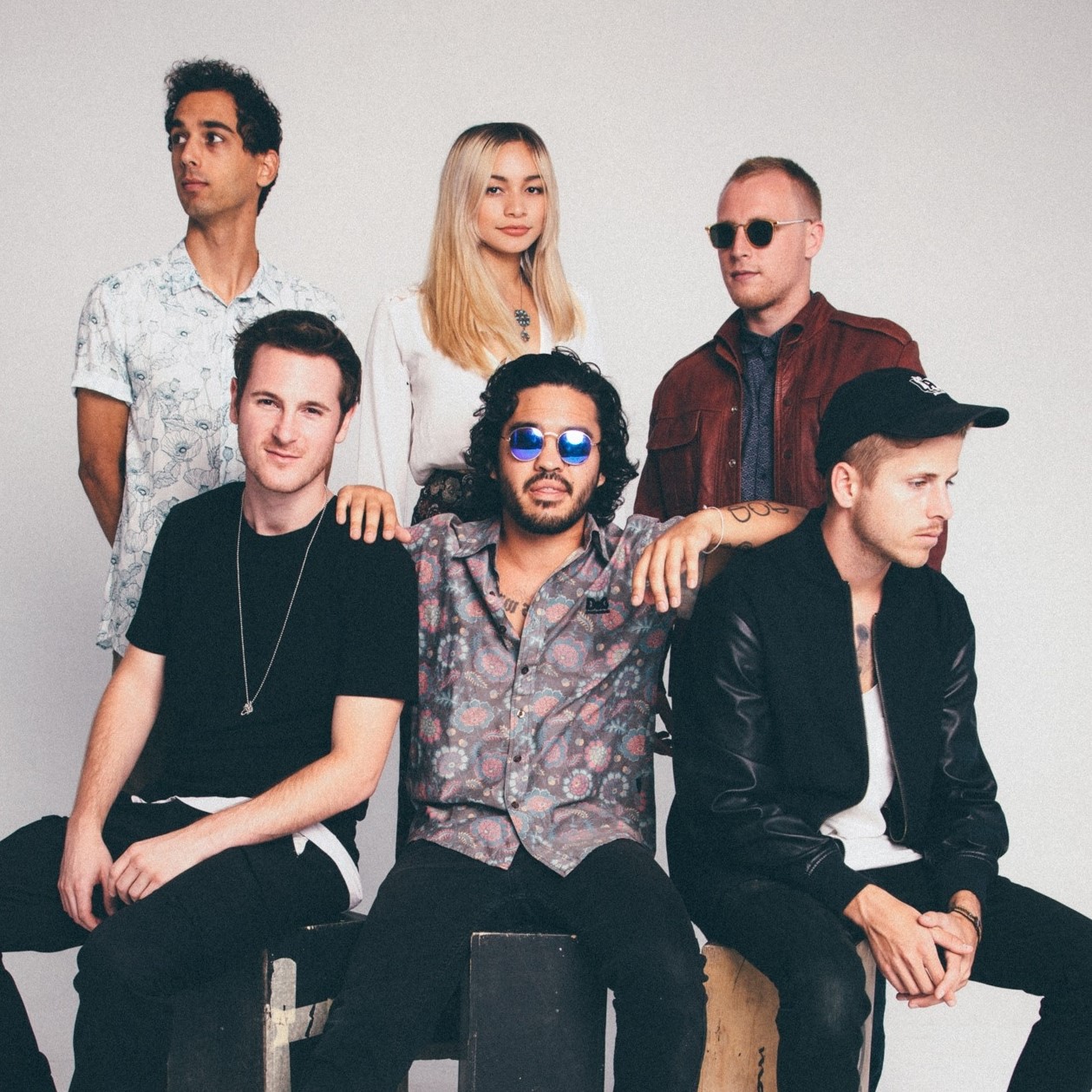 If you’re on the lookout for their tour bus rolling into your town, don’t be looking for a normal tour bus. Instead, be on the prowl for a refurbished school bus. Private Island started their fall tour by selling out L.A.’s Roxy Theatre in October and are rolling through to San Diego’s very own House of Blues this Saturday, Nov. 11.

The band’s sound is a culmination of indie rock and surf tones mixed with notes and hues of R’n’B. Where words fail to describe, the band’s songs speak volumes. With tracks such as “Bear Hands” off of their “A Good Look” EP, the band eases into chunky grooves, with drummer Timothy Barbour’s complex yet danceable beats and Roger Mawer’s smooth synth tones.

If you’ve been keeping up with the Private Island’s current sound you’ll find much darker tones, separate from their second EP, “Sunbreak,” which offered listeners a more refined version of the band’s ever evolving sound. The songs “Trouble” and “I Know” from their “Sunbreak” EP can’t be described. You’ll just have to listen to experience the feelings of nostalgia and romanticism the song’s will most likely conjur. Sun-soaked guitar riffs by lead guitarist Cameron Anderson will have you turning up the volume and rolling down your windows as you drive into the sunset.

Produced by Jacob Munk, Private Island’s newest singles will surely have old and new listeners alike intrigued and pining for more drawn out songs drenched in synth-pop undertones. Lead vocalist, Christian Lum, breaks up previously used techniques by having more effects that add to the fresh and dark sound of these singles. Be sure to give “Juvenile” the listen it deserves. This single leaves so much unsaid by Michelle Guerrero, the backbone of the melody, whose subtlety and talent still shines through as a secondary vocalist.

Pro-tip: Check out “Don’t Call Me” from their first EP if you want to hear Michelle have her say. This track that stands out as crowd favorite and is a chart topper all on its own.

Private Island will be playing at the House of Blues in San Diego, so for those of you lucky enough to live in the area be sure to buy your tickets now and don’t sleep on this band.