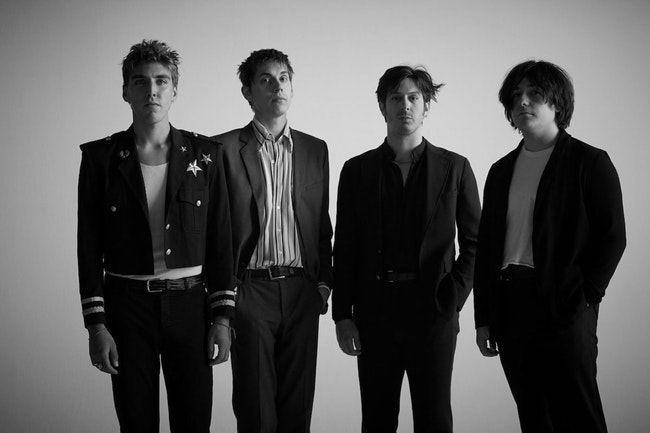 The Bad Suns’ 2019 Mystic Truth Tour brought them to the Observatory North Park during April 3rd this year alongside Carlie Hanson.

Before the Bad Suns’ set began, 18 year old Carlie Hanson opened the venue with some entertaining, uplifting energy followed by passionate music coming from her band.

When her time was up, it was setting up time for the stagehands. It was quite clear that although the instruments for the band were there the set was not ready beforehand. This lead to waiting for the main show to start, but that is expected usually when seeing a band that is constantly touring. When the set was ready and the light tests were done, out went the lights and the show began.

Shortly afterwards, a couple notes began playing and the Bad Suns walked on stage to their designated spots amazed the audience. Their passion for music and the sound that they create go in hand with each other, and is demonstrated even better when seen performed.

As someone who was not fully aware of their songs and progress, I definitely saw myself having a good time at the concert alongside all these die hard fans who were singing and dancing their hearts out along Christo Bowman (Lead Singer of Bad Suns). There was never a single mistake through their entire performance, which was fantastic to see.

In conclusion, this band did a great job at creating the environment fans wanted, there wasn’t a second where they were not going mental over the sounds being emitted. If you ever get the chance to see these young indie legends perform, I would say take it because you will be in for a modern rock experience.