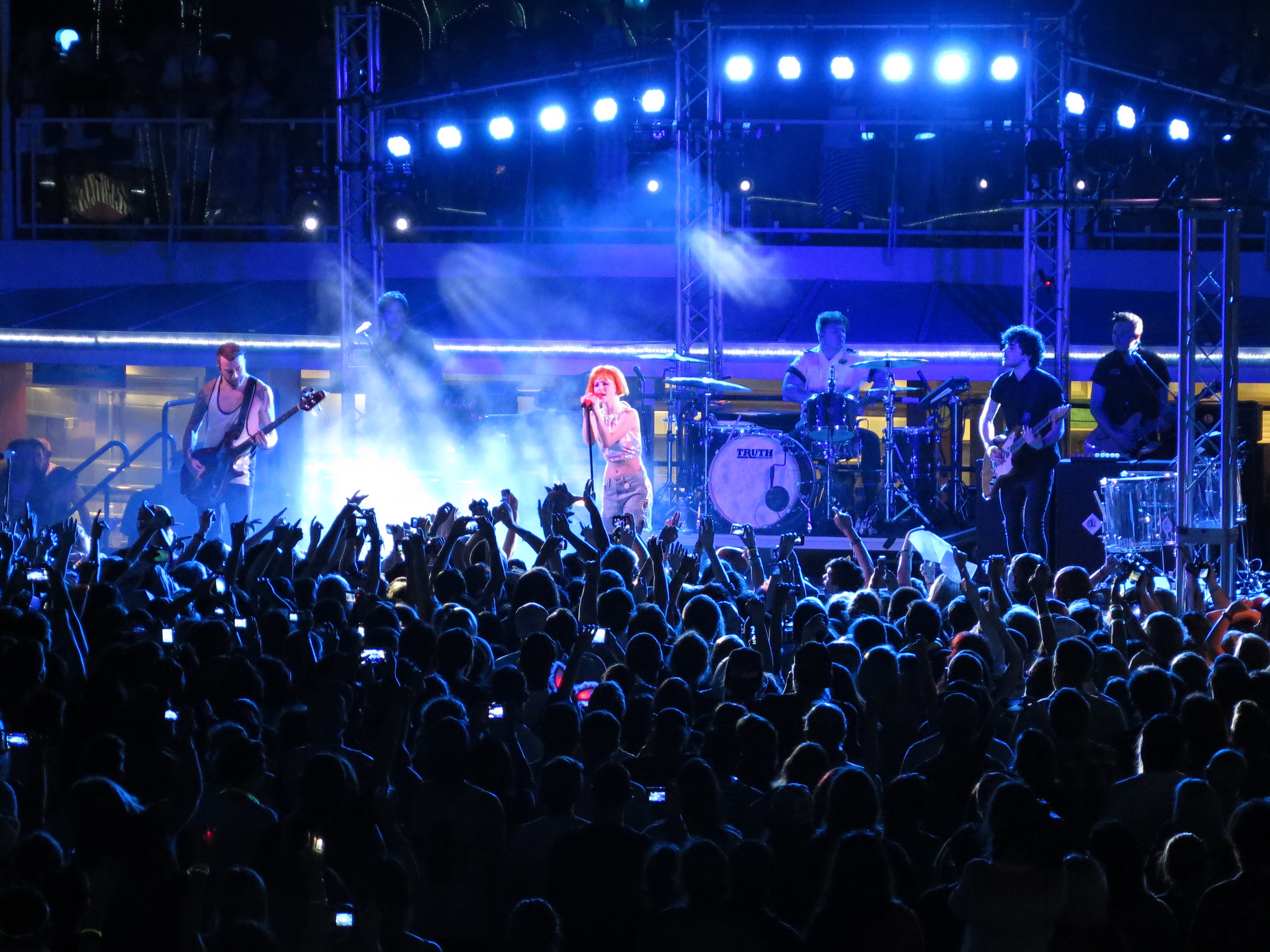 This is it. This is what we’ve all been waiting for. Paramore just dropped a new song, called “Hard Times,” with an official music video, and announced the release of their fifth album, “After Laughter,” out May 12. Mind you, all of this happened at 5:30 am – I felt very overwhelmed, but also happy.

Paramore has always been an experimental band. “Riot” was a force to be reckoned with in the pop punk scene, but over time the band transitioned into a more alternative rock sound, infused with pop inspirations. This style change can be heard in albums like “Brand New Eyes” and their self-titled work. Their upcoming album, however, takes an earnest approach to the synth ’80s pop – and I’m not complaining. Think Talking Heads-esque. Their direction of sound is the positivity 2017 desperately needs.
Although the band receives hate for “selling out” or becoming “mainstream,” this new sound is who they are. Paramore has never stuck to one sound for years and years. They are always evolving for the better, and “Hard Times” proves it. Being stagnant is never an option.
The upbeat guitar riffs, the funky bass line and the simple but groovy rhythm section manned by Zac Farro create a magical combination with Hayley’s playful vocals. But, what stands out to me is Taylor York’s guitar composition. His clean guitar work rings throughout the song. In spite of its simplicity, it’s catchy and carries Hayley’s voice – a perfect musical harmony. The incorporation of synths and vocal samples are also a nice touch, as the song gives off Daft Punk vibes, especially towards the end. This track just screams happiness and I absolutely love it.
Even the music video is bright and colorful. The technicolor graphics, the floating clouds and the multi-color corduroy outfits make this music video the happiest Paramore has ever released – a definite change from “Decode.” Fans can even see guitarist Taylor York wearing a color other than black, and that’s already a big step. Major props to the directors for producing such a visually pleasing video that grasps the song’s vibe in its entirety.
Paramore’s ability to incorporate different influences like ’80s synth, post-rock and New Wave is due to their lack of fear. They simply don’t care what critics say about their direction as a band. Instead they embrace the full control they have over the album’s sound, how it’s mixed and the way it’s delivered to fans. And you can tell because there’s heart in each bass pluck, drum beat, guitar strum and vocal melody. Paramore is 100 percent genuine and that’s why I love them.
Overall, the wait was worth it because this single is that one needed push to get me through the rest of the school year. The positivity from this song is electric and undeniable, and it’s truly amazing how one band single-handedly saved 2017. As a hardcore Paramore fan, I’m not disappointed by this release at all, nor am I mad that they changed their sound. I’m so excited for the full release of their album and I’m even more excited to watch this dynamic trio perform these killer songs. 2017 is Paramore’s year.
Featured image (“Paramore @Parahoy”) by Laurence Dion.