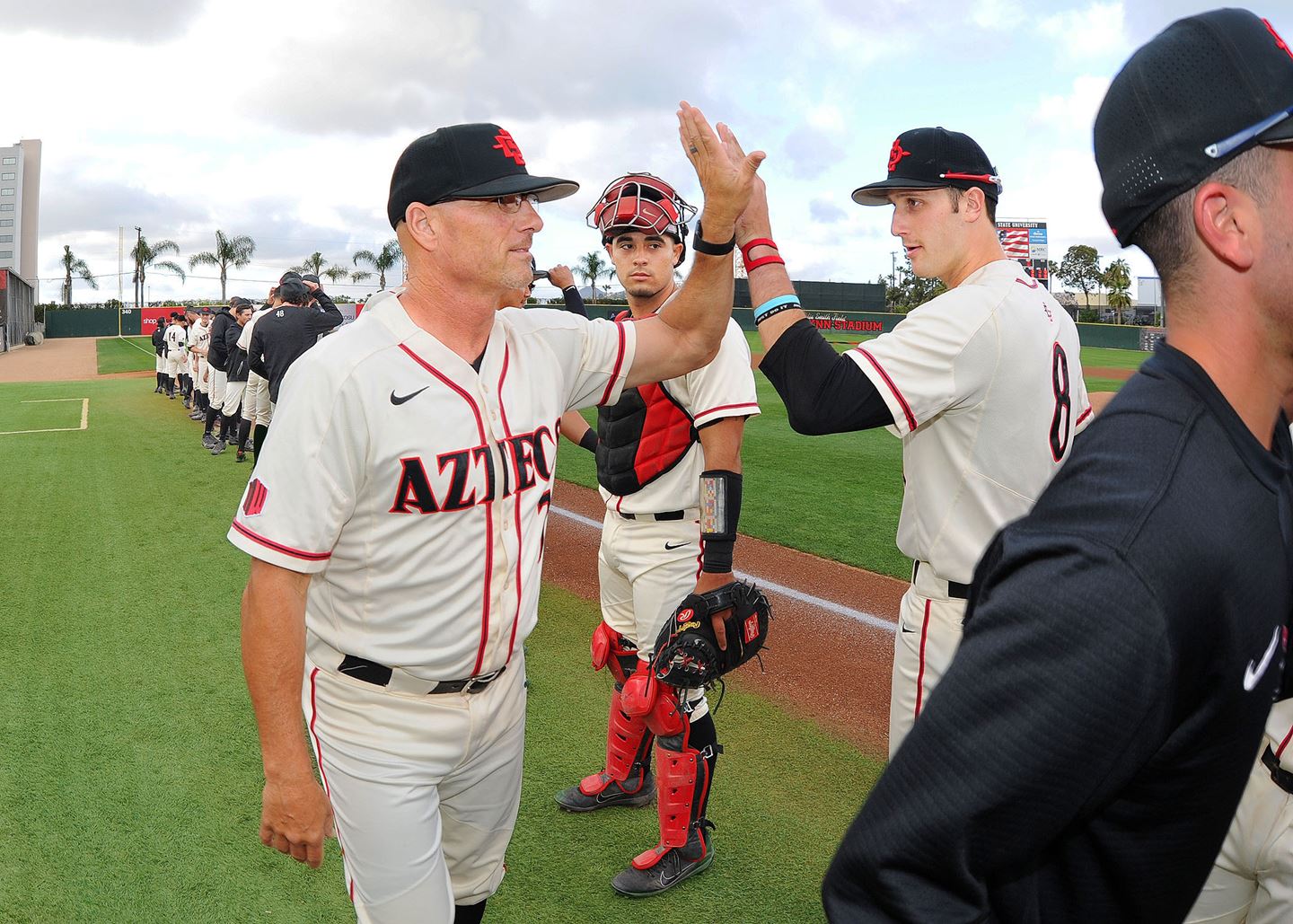 After a rain-shortened weekend in Fort Collins, the San Diego State Aztecs Baseball team is returning home to take on a couple of tough opponents.

Despite losing 9-5 last weekend to the Air Force Falcons on March 1st, San Diego State’s Aztecs Baseball senior shortstop Angelo Armenta went 3-for-4 with two RBIs. On the pitching side, Logan Boyer got the start and had a rough outing. In three innings, he gave up five runs (all earned), two walks and had four strikeouts.

As of Tuesday morning, the Aztecs baseball team are at the bottom of the Mountain West Conference with an overall record of 0-1. It’s still early in the season but SDSU will have to fix their rough start.

First up this week is the nationally-ranked Texas Tech Red Raiders who played in last year’s College World Series.

Freshman Aaron Eden will start Tuesday night against Texas Tech’s the Red Raiders. Eden has an 1-0 record. His last start came on Feb. 26 when he went 6.1 innings, only giving up two hits, two walks and 12 groundouts to the cross town rival, the University of San Diego.

Wednesday’s game is SDSU faculty and staff appreciation day as well as free SDSU sunglasses to the first 250 fans in attendance.

Over the weekend, the Aztecs will face their second Mountain West opponent of the season against the University of Nevada.

The games on Friday and Saturday are scheduled to begin at 6 p.m. and 11 p.m. respectively. For Saturday’s game, the first 300 fans in attendance will receive a free SDSU Baseball t-shirt. Nevada is a big opponent for the Aztecs because the Wolfpack won the regular season title last year.