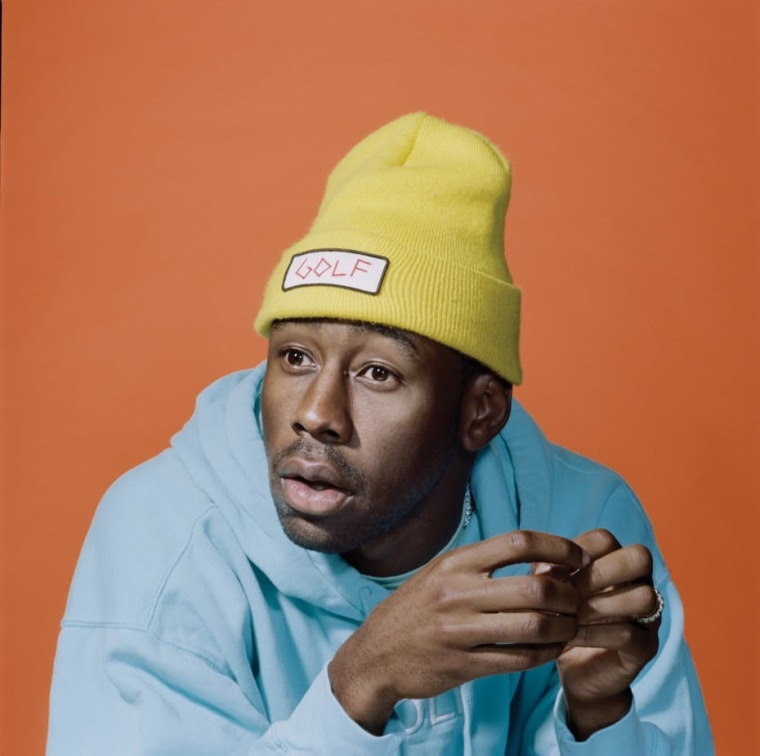 The rapper/songwriter/producer and creative force isn’t the first in hip hop to expand creative boundaries for the genre.

Tyler the Creator has been one of hip hop’s defining acts this past decade, from his angsty and controversial work during his time with the collective Odd Future like Yonkers and Tamale, to a shift for a more introspective and soulful sound with See You Again and Earfquake. With his evolution as an artist, Tyler expanded his brand with ventures such as the annual Camp Flog Gnaw Festival in Los Angeles, his GOLF brand of streetwear along with a flagship store, and shows such as the sketch comedy Loiter Squad and the animated series The Jellies for Adult Swim. Despite his reputation as one of the most ambitious creative minds in the rap game, it is worth mentioning artists similar to Tyler and also cited as his inspirations.

The songwriter/producer/singer/rapper is usually credited as Tyler’s biggest creative influence. Tyler has publicly expressed his love for Pharrell’s work, especially seen in his Facebook post commemorating the 10th anniversary of the producer’s debut album In My Mind. In this post, he praises Pharrell’s attributes such as his penchant for jazz and r&b chords and basslines influenced by the likes of Michael Jackson and Stevie Wonder and his love for previously uncommon subject matter such as high end fashion brands (like Hermes) and skateboarding. This interview with Mass Appeal is another example of The Neptunes’ stylistic influence on Tyler as he talks further about these topics. Tyler’s gone on to collaborate with Pharrell on songs like IFHY and tracks such as Rose Tinted Cheeks are compared to Pharrell’s sound of outer space electronic funk.

Like Pharrell, Kanye is another creative influence on Tyler as a multi-talented artist in hip hop and budding entrepreneur. In an interview with Zane Lowe for Apple Music, Tyler mentioned his love for West’s 2018 album Ye, praising the project for its honesty in subject matter, along with crediting him in a list of artists who practice complex techniques and sounds in music like chord progressions and live instrumentation. In other interviews and public appearances, Tyler has talked about their common interests, including art, Kanye’s ability to look normal in various colors for his Yeezy fashion line as an inspiration for Tyler’s GOLF brand, and his defiance of black male stereotypes. The two artists have collaborated on songs like Smuckers off Tyler’s 2015 album Cherry Bomb and Puppet off his 2019 album Igor.

Strictly on the musical sphere of influence, Tyler has repeatedly gushed about his love for r&b music and its sub genre neo-soul, which blends live instrumentation with hip hop influence. In the same interview with Zane Lowe, he discusses topics like Janet Jackson’s collaborations with producer duo Jimmy Jam & Terry Lewis, the multi-layered and melodic song structures of Erykah Badu and D’Angelo and the euphoric feelings he got as a fan of artists like Brandy. In another interview with Funkmaster Flex of Hot 97, he credited other childhood influences such as Faith Evans, Mary J Blige, and Zhane. He gave a special shout out to Zhane’s producer Kay Gee for his blend of rough hip hop beats with pretty melodies as the basis for his own style. In an interview with comedian Jerrod Carmichael, Tyler referenced artists such as Tony Toni Tone and Stevie Wonder, especially the latter with his vocal melodies and chords. In his work, Tyler has sampled acts like the Gap Band for songs such as  911/Mr Lonely along with a feature by Badu on his 2013 track Treehome95.

The musical and stylistic footprints of these artists are still evident through Tyler and he carries their torch as a representative for hip hop’s future evolution into newer sonic boundaries and self expression, possibly inspiring a wave of newer artists as his idols did.