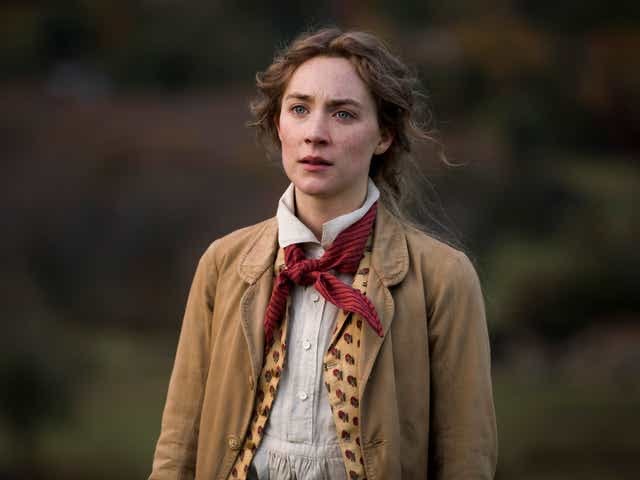 Including the Little Women 2019 film, the classic novel now has six movie adaptations and twelve television adaptations. One may think, how many times can one story be told?

Greta Gerwig’s version simply shows the movie industry’s plan to profit off the nostalgia of its audience to disguise its lack of inventiveness! Why would Gerwig, the director who was able to poignantly capture the twister of emotions that comes with teenage girlhood in her film Lady Bird, settle for creating another remake? Well, as someone who has seen the movie twice and plans to see it many more, Gerwig’s Little Women is more than a remake, more than a holiday movie, and more than just a simple tale of domestic life. Just like Lady Bird, Gerwig made a film that represented me so accurately that it allowed me to experience the most beautiful pain.

There is much to love about this film that contains very much love within it, but the purpose of this article is to focus on the quote said by the character Jo March, “Women, they have minds and souls, as well as just hearts. And they’ve got ambition and talent, and as well as just beauty, and I’m so sick of people saying that love is just all a woman is fit for. I’m so sick of it! But… I’m so lonely!” Although Saoirse Ronan (Jo March) never fails to brilliantly portray her characters, the warm tingles suddenly shooting up my spine while she delivered these lines made me certain that I was hearing something that would mean a lot to me.

A longing to be extraordinary

I am a young woman living in the United States in 2020, not the 1860s. I haven’t had to prove to anyone that I have dreams I’m capable of obtaining that don’t revolve around marriage and children. Like Jo, I am independent, passionate, and dedicated to creating something memorable and impactful, but I, too, sometimes feel stuck in the loneliness that can come with it. I know I’m supposed to think that I am worth more than the love that any man can give me, but there is still a longing to be told, and proven to me, that I am extraordinary. Not only to be shown that I am great by my success but to know that my love is magnificent enough to be held by another. To have someone to want you to reside in their time, allowing you to leave the loneliness of your own. I usually laugh at these thoughts and call them outdated, I am a creator, I am modern, I am enough for myself, but women can know that they are fit for more than romantic love without feeling guilty for wanting it. Being loved and being independent doesn’t have to be contradictory.

We are not one feeling

Women exist in more than one way and can have more than one dream. Having multiple dreams doesn’t make any of them unimportant or less meaningful. Not striving for romantic relationships doesn’t mean we’re going to live a depressing life of solitude that make our dreams seem futile. Admitting to loneliness and wanting to be loved doesn’t make us weak, shallow, and unambitious. To feel like a serious creator doesn’t mean that the entirety of our lives has to belong to our art. Women have been shamed throughout history for all of our dreams but acknowledging all of them reminds us that we are real and keeps us honest. In two hours and fifteen minutes, Gerwig shows her audience the vastness of women’s minds, the strength of our hearts and souls, the power of our ambition and talent, the realities of our loneliness, and the beauty that all of them express.

More than another adaptation

Much time has passed between Jo March’s time and my own, our experiences are different, our societies aren’t exactly the same, but what has traveled between us is the multitude of our wholehearted love and the aches that arise from not always being certain if we’re putting it in the right place. Little Women (2019) reminded me to care for those around me a little more, to celebrate every aspect of my youth while it can still be felt, the significance of my dreams, the intensity of loneliness that’s seemingly unshakable, and that I am grateful for all of it. This film is more than another adaptation, but its own entity that allows a new generation to have our feelings seen. No one will forget Jo March and no one will forget Gerwig’s Little Women.