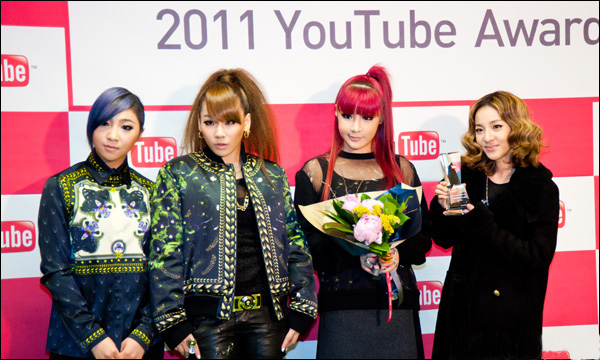 Music is often viewed as an escape from the banality of life. Thankfully, there’s a growing genre everyone seems to be curious about: K-POP.

There’s so much interest within this genre, that fandoms for every possible K-POP group exist. One notable example can be seen in the popularity of the group, BTS. However, several people are asking the same question: what exactly makes K-POP popular, especially to American fans?

K-Pop is influenced by a variety genres and styles, such as Western Pop Music, rock, jazz, reggae, electronic dance, hip hop, rap, Latin, and more. K-POP is essentially a wide variety of music sung in the Korean language. This style of South Korea music originated in the 1940’s, athough the first official group to fit this category is the group, Seo Taiji and the Boys. The three member all-male group was active from 1992-1996, during which they experimented with various styles of music from the West (America). Just as Los Angeles is joined to hip-hop, Seoul is joined to K-POP, as most of the recording and music industries have their buildings within the city.

Fans can thank the internet & social media for increasing the popularity of K-POP to spread worldwide, especially with honorable mentions such as PSY with “Gangnam Style” and BTS “DNA”. Although they have become internationally famous through their songs, there are several other groups that I believe are worth knowing, since they have paved the way for PSY & BTS to become a worldwide sensation.

As an avid K-POP fan of 9 years, I wish is to share a few of my favorite artists that I believe would be great for beginners who are developing an interest in K-POP.

One of the first groups that deserves attention is Girls’ Generation (aka SNSD), a 9 member all-female group as determined by their name. With members Taeyeon, Seohyun, Sooyoung, Jessica, Tiffany, Hyoyeon, Sunny, Yoona, and Yuri, each girl brought something specific to this group such as vocals, dance, visuals (beauty), and rap. Girls’ Generation began their career in 2007 as part of the second generation artists of K-POP. One of their most famous songs online is, “Gee” and “Run Devil Run.” While the group unfortunately does not retain all its original members, due in part to Jessica’s leave in 2014 and certain members’ contracts ending, there still remains 6 active members in this group who recently created the single, “Lil Touch”. I believe that Girls’ Generation paved the way for girl groups, since their empowering style is an obvious influence found in many following groups.

Another group whose popularity I’d like to acknowledge is Super Junior, due to their influence on the male groups in K-POP. Super Junior originally started as a 13 member male group, but debuted with 12 members. Through their active time as a group, there have been 5 different units created for Super Junior to allow members to do projects in smaller groups within the official 12 members. However, over time this group has decreased to 8 active members: Leeteuk, Heechul, Yesung, Shindong, Eunhyuk, Donghae, Siwon and Ryeowook. A few of their greatest hits include “Sorry Sorry”, “Mr. Simple”, and their most recent release, “One More Time (Otra Vez).” One reason I chose to highlight them is because their music style has begun to shift towards a Latin influence, as they’ve begun collaborating with artists such as Leslie Grace & Reik. With this new collaboration of Hispanic/Latino music and Korean Pop, there is definitely going to be a rise in popularity for this group in the near future.

Additionally, I’d like to shout out Hyuna, a solo artist who has demonstrated her dedication to her singing career despite being embattled in the middle of a controversial issue in Korea. She started her singing career as a trainee for the group Wonder Girls in the late 2000s, but went on to become an official member of the girl group, 4Minute, from 2009-2016. As the main rapper & dancer of the group, she rose to fame with her unique on-stage personality. She had released solo projects on the side such as songs like, “Change” and “Bubble Pop.” Once 4Minute disbanded in 2016, she continued to follow her solo career and releasing songs like “Lip & Hip” & “Babe”. She was also part of the trio Triple H with two members from the group, Pentagon, Hui & E’Dawn.

Unfortunately, just a month ago, her company, Cube Entertainment, decided to release a statement online about removing her due to her secret relationship with Triple H member E’Dawn because of a strict no dating policy. Though they retract their statement by stating it was not officially confirmed, she decided to leave the company with E’Dawn so that they can be free to date without a company destroying their feelings for each other. I have hope that she will continue to succeed without Cube Entertainment holding her back.

Now, of course, as a fan of 9 years, there is one group I hold in higher regard than any other. The girl group 2NE1 will forever remain my favorite for one sole reason: their love towards their fans.

2NE1 formed officially in 2009 and remained active until 2016. This girl group stands out above other 2nd generation artists as they were considered the “girl crush” type of style in their performances. The members include CL the main rapper, Bom Park as main vocals, Dara as the overall visuals of the group, and Minzy the main dancer. One of their most viewed songs on YouTube is “I Am The Best”, which will seem familiar as most commercials have featured this song for electronic products. During their active years, they had their own show called 2NE1 TV, where they allowed fans in to see their bond with each other behind the scenes from their busy lives as artists. 2NE1 also competed for MTV Iggy’s Best New Band in 2011 & won this title where they were able to perform their music for fans worldwide on MTV.

Unfortunately, when the member Bom Park’s name started appearing in the news for a controversial scandal involving medication and being prescribed them in a different country that doesn’t follow South Korea’s laws, the girl group fell into a hiatus for about a year and then appeared in the 2015 MAMA Awards in South Korea for what would be the last appearance as a group. A few months later, the girls officially announced their disbandment, and ended their time together with their heartbreaking song, “Goodbye”.

Since this group had been my favorite for years, it broke my heart…to the point where it almost felt like I was going to quit my interest in K-POP. But being part of this fan-base reminded me that, even though they are no longer together as a group, we should still support them in their solo endeavors. As of right now, CL is trying to debut as an artist in America, Bom has made a recent appearance in the Netflix show YG Future Strategy Office and has been teasing a possible comeback, Minzy is a solo artist who just graduated university, and Dara is back home in the Philippines doing talk shows & traveling the world.

As a K-POP fan, I can wholeheartedly tell you that the dedication you put towards the genre goes a long way into helping you connect with not only the artists, but the culture surrounding the genre.

With that said, there’s actually a lot more that goes into supporting an artist’s music. Of course, you an buy merchandise from trusted sites or shops, attend K-Con Los Angeles or New York for an ultimate K-POP experience, and create forums to connect with other fans around the world. Honestly, just being an international fan allows you to gain so much respect for the artist and their dedication to become a well-known sensation. There’s so much heart and soul that goes into the music and choreography alone, that fans are willing to make the artist has taken the time to take care of themselves. They will even ensure that an artist eaten or slept enough before seeing them live.

Overall, I recommend that everyone jump into the so-called “bandwagon” and show your support for the K-POP community. It’s amazing to see that K-Pop as a whole is finally being represented in the United States with plenty of support from American celebrities. One thing is for certain; K-Pop won’t be fading away anytime soon.